This is the second section in the back-to-school series for PCB Designers and those who may want to know more about it.

A PCB is only as good as the sum of its parts. Components are categorized in various ways. One way is to identify parts as either passive or active. Passive parts are the basic building blocks, resistors, capacitors, and inductors are examples. Quite often, they have two pins but they can also be packaged with several individual circuits in a single package. Resistor packs are the most common passive components to be gathered into groups.

Passive Components - The Basic Building Blocks of a Circuit

Resistors are widely used as voltage dividers and terminations. They are also used as pull-ups and pul-downs where the idea is to tie an integrated circuit pin to either a high or low logical state. They are measured in ohms and rated by wattage and tolerance.

Capacitors are formed using two metal plates with a dielectric material in between them. When one lead is tied to the ground net, they can be used to store small amounts of energy. They act like a little bucket of electrons ready to go to work whenever a logic state changes. Capacitors may also be used in-line to block Direct Current from propagating down a transmission line.

Capacitors can be polarized or non-polarized. They are measured in farads, but most caps are way less than one farad. Microfarads and picofarads are common measures on a printed circuit board. They come with a voltage rating, a tolerance and an equivalent series resistance or ESR. Super caps are kind of like batteries in that they can store a great deal of energy. 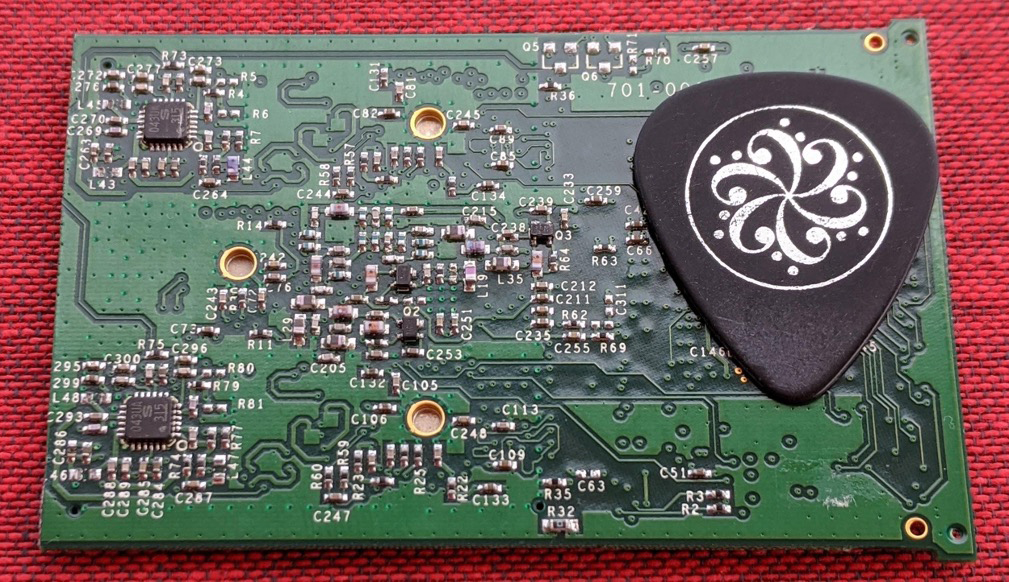 Figure 1. Image Credit: Author - The secondary side is a popular location for passive components and lightweight ICs

Paired up with resistors, capacitors can act as filters to screen out higher frequency signals. This is known as an RC filter. When combined with an inductor, a cap can be used to reduce the ripple on a voltage. They are commonly paired up this way on the output pin of a switch-mode power supply. That would be an LC filter.

Inductors resist changes in current. Also known as coils, they are notorious for generating magnetic fields. Putting an inductor on either side of a ferrite core will create a transformer. Depending on the number of coils on either side, a transformer can increase or decrease whatever voltage is supplied. A PCB has all of the necessary ingredients to have its own resistance, capacitance, and inductance. Often, it is by design and just as often not.

Diodes are another type of passive device. They act as a one-way sign along the path. Diodes have various uses including electrostatic discharge suppression. ESD diodes are common when there is a connector that faces the outside world. They shunt the static electricity to the ground before it can zap the active electronics.

Active Components - Where the Action Starts

Active components are the integrated circuits - or ICs for short. They require a voltage-in along with the signal pins in order to do their thing. A transistor is the most basic of active components. You can still buy a single transistor in a three-pin package. The original transistors were vacuum tubes.

Modern transistors are created in silicon at scales that are two orders of magnitude smaller than the wavelength of visible light. What that means is that there will never be a lens strong enough to view the actual circuits. We infer their existence using electron scanning microscopes.

It’s debatable whether there are more transistors in the world than there are stars in the sky. You could easily have a billion transistors in your pocket. If that’s all you’ve got then you better catch up! Some devices surpass 10,000,000,000 gates. The parts that go onto a PCB are utterly astonishing.

Aside from passive and active, components are also broken out as surface mount and plated-through-hole technology. Surface mount technology (SMT) is the vast majority of available parts. Plated through-hole (PTH) technology is still relevant to connectors for a stronger mechanical bond with the PCB.

Old-school dual-inline-package (DIP) types remain available. There are plenty of applications where they are still sufficient. The idea that you can take a DIP package and turn it upside down and glue it to the board is a “dead bug” solution. Wires are soldered to the legs and you’re off and running. Those axial leaded through-hole resistors with their color code bands are a great tool for uncrossing the connections in a simple layout. 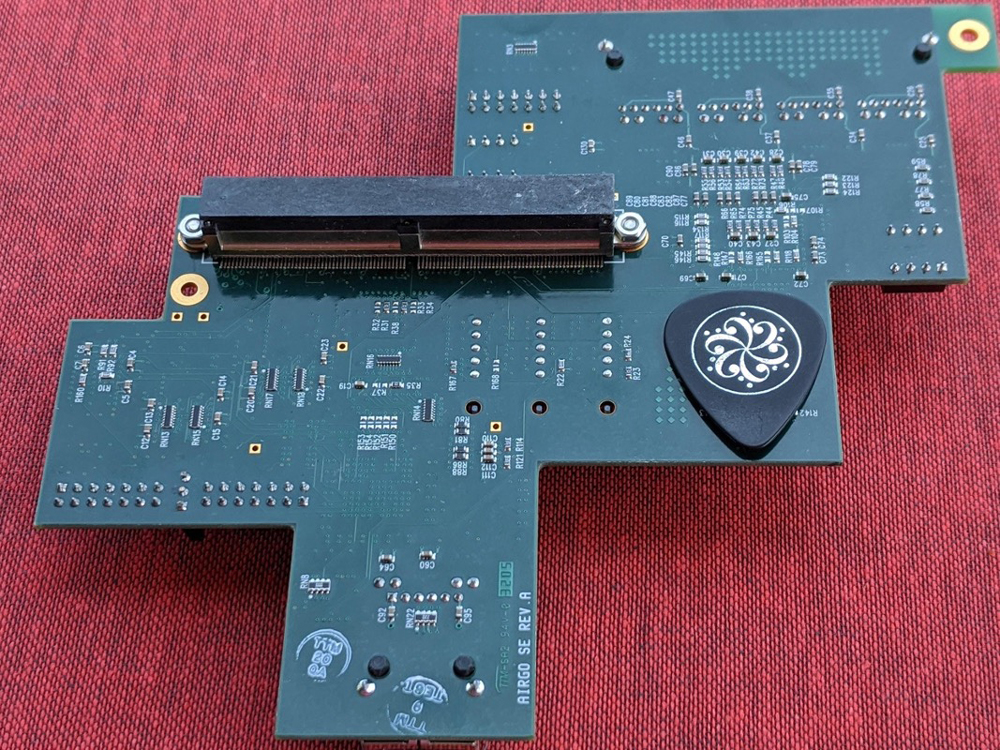 Makers and prototype designs can find PTH components beneficial. They are scaled to make rework and tinkering easier than with SMT components. Mass produced goods, on the other hand, rely on surface mount technology. The assembly machines are geared for the tight registration required to accurately place them on the PCB. The reflow ovens favor the SMT process as well. For mass production, it’s advisable not to mix the two types.

Figure 2. Image Credit: Author - Note the pitch of the through-hole component pins relative to the SMD resistor networks and the stacking connector.

In any case, PCB design requires a specific geometry for each different package type. While there is some standardization, there is also a proliferation of different packages. Crystal oscillators seem to have a slightly different size for every frequency. The package size is part of what determines the operating characteristics.

Analog chips are also in their own world. They may be based on a JEDEC (1) standard but there are so many variables to encounter. Even “standard” ball grid array (BGA) packages will have a few random pins removed just because. What this means to the designer is that the component footprint library is never complete.

Library Footprints - How to Create The Virtual Parts

A typical library part will establish the size and location for the solderable pads. PTH parts would also include a drill diameter that is sufficient to clear the pins. Both will require a solder mask opening, usually a little larger than the metal pad size. The exact expansion will be 50 to 100 microns beyond the overall pad size. There are cases where it is necessary to flip the geometry to use a mask size that is smaller than the metal. Solder mask defined pads are typical of fine pitch devices where there is insufficient space to lay down a workable solder dam between the pins.

The library footprint will also represent the actual size of the component for the Assembly Drawing. The outline may be drawn again a little further away from the part’s actual outline for the silkscreen. A placeholder for the reference designator would also be part of the assembly and silkscreen. An important part of any polarized component is to show the orientation of the part. It could be the pin-one, a positive terminal, a cathode or whatever feature determines the rotation.

More data can be appended to the footprint including the package height, any keep-outs for connecting parts and paste stencil openings, step models, or anything else required by manufacturing. The origin of the individual components is usually the body center. This data is fed to the pick and place machine so it’s a good idea to have a consistent method of defining components.

The PCB can be no better than the underlying footprint geometry. It pays dividends to faithfully recreate the information contained in the component vendor’s data sheet and application notes. Most integrated circuits will have some specific information regarding the placement of passive devices that are critical to the function. Do not take existing footprints for granted if there is any chance that it isn’t designed as it should be.

Component footprints can be generated (or bought) in three separate sizes; minimum, nominal, and maximum. Minimum size is useful for high density or where the capacitance of a larger pad is undesirable. Nominal is the general use case and maximum gets you higher reliability and enhances rework. In most cases, the default should be nominal.

The designer is coddled these days. Not sorry. The component vendors create footprints of their devices in an array of CAD formats. If they don’t, then there are many services out there that will generate footprints for you. They’ll even throw in 3D models so that the renderings look more realistic. You feed them your Bill of Materials and they give you models based on a few preset parameters. Change a parameter and generate a whole new library.

If you’re lucky enough to have an in-house librarian, then they’re the one(s) being coddled. The librarian always has a backstop for overflow demand. They (or you) still must check the geometry prior to use. Managing all of the underlying data from the schematic and simulation to the layout and solid models takes someone (like you) who is on the ball.

It can be tempting to use a mixture of minimum for RF chains and nominal elsewhere. That will confuse the assembly line. They can adjust the process to one size but not two or three sizes. The levers they can pull have to do with the size of the paste apertures and the profile of the soldering process. A certain amount of time is spent for ramping up the temperature followed by another period of dwell time at the reflow temperature. A baker can make cookies or cakes but not both at the same time with good results. Soldering parts down is similar in that regard. 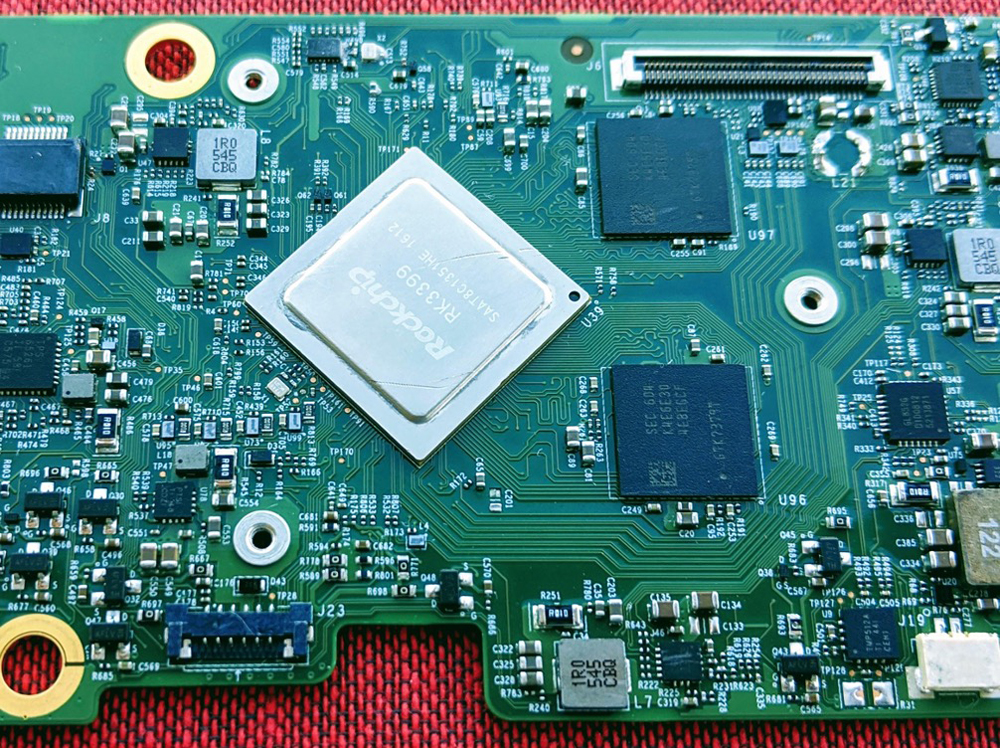 Figure 3. Image Credit: Author - Passive surface-mount components make up the bulk of a typical PCB Assembly. That makes it important to take care of the little things. The three tapped holes are for a bracket that holds a heat spreader.

(1) Just like the IPC, the meaning of JEDEC has morphed. What used to be the Joint Electron Device Engineering Council is now known as the JEDEC Solid State Technology Association. They are the ones that produce mechanical outlines for common package types like SOIC (small outline integrated circuit) which is then appended with the number of pins and possibly other details.