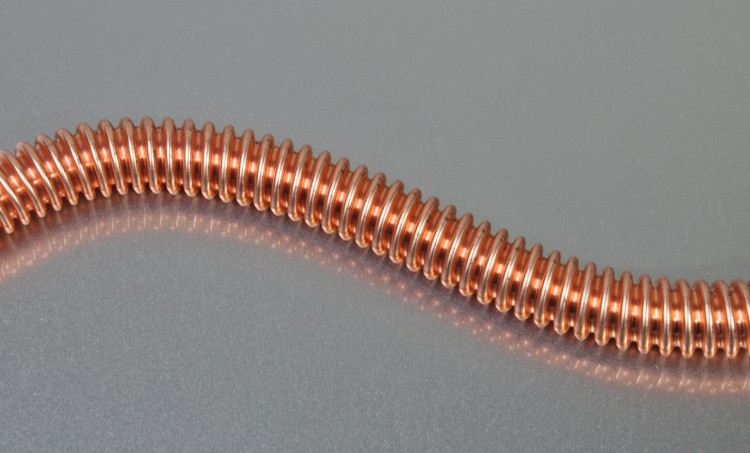 Every interconnect in an electronic system has some impedance, but what is the physical reason for this impedance? This is not a contrived notion—it reflects how signals really travel across an interconnect and through real media. Signals travel through PCBs as electromagnetic waves, and the propagation behavior is determined in part by the wave impedance. This term is normally used to reference waveguides, but it is a universal term that applies to any PCB trace and is used to derive analytical expressions for trace impedance.

Since the typical impedance expressions and wave impedance are related, how are they linked mathematically? The wave impedance is related to the interconnect geometry and there are a number of ways to determine the impedance in a design. Keep reading to learn more about wave impedance and how it relates to the real structure of a PCB.

What Is Wave Impedance?

Wave impedance has a very simple definition that is normally discussed in terms of TEM waves traveling in free space. The typical definition of wave impedance is in terms of the ratio of the electric to magnetic field strength (in phasor representation):

In this definition, the wave impedance is defined in terms of the location along the propagation direction (written as the z-direction above). The electric field (E), is measured in V/m while the magnetic field (H) has a unit of A/m. Thus, the unit of wave impedance is in Ohm.

Assuming the electric and magnetic fields are in-phase and traveling in a dispersionless, lossless medium, the wave impedance will be a constant that is independent of frequency. The wave impedance of a vacuum is approximately 377 Ohms; theoretical physicists like to make jokes about the “impedance of nothing” when discussing wave impedance for this reason. 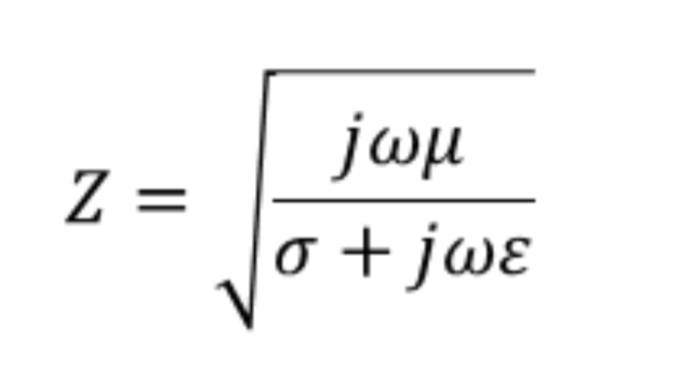 Note that ⍵ is the angular frequency of the wave, 𝝁 is magnetic permeability, ε is electric permitivity, and σ is the conductivity of the medium.

In an ideal dielectric, the wave impedance equation can be simplified to: 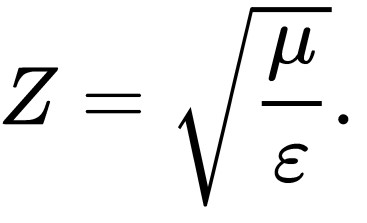 This definition is the basis for deriving analytical expressions for waveguide impedance in various geometries, particularly in transmission lines. In general, for a wave traveling in a dielectric with dispersion and losses, recall that we have the following definition for wave impedance in terms of material constants for the dielectric:

Wave impedance in terms of material constants for the dielectric

This equation is applicable for any interconnect, waveguide structure, or unbounded dielectric. We can also use this to get back to the characteristic impedance of a transmission line. If we multiply the numerator and denominator by a cross-sectional area that bounds the electromagnetic field, we get back to the equation for transmission line impedance from circuit theory:

If you want to get an analytical expression for transmission line impedance, such as the popular and highly accurate impedance equations found in Waddel’s textbook, you need to derive the wave impedance for the transmission line structure. For some transmission lines, like a rectangular waveguide, this is very simple and is often given as a homework problem. For more complex structures, a more sophisticated method is used.

Conformal mapping is a mathematical technique used to calculate solutions to the Laplace equation in complicated planar cross sections. It relies on a functional transformation of the system geometry between the real geometry and an idealized geometry, which requires some intuition to see clearly. For any waveguide structure, you can find a coordinate transformation that reduces a complex geometry to one where TEM waves propagate with some reduced free-space wave impedance.

By transforming into an equivalent system with effective material constants, wave impedance is easier to solve using Maxwell’s equations

This is a high-level view of the procedure used to derive the impedance of microstrips, striplines, and other transmission line structures. By solving the Laplace equation and calculating the impedance in the transformed system, the impedance in the original geometry can be determined with an inverse transformation. This is a complex procedure to do by hand, which is one reason today’s best PCB layout applications include integrated field solvers for impedance calculations.

Use a Field Solver

You don’t need to calculate wave impedance by hand to get transmission line impedance, you just need to use a quality set of PCB design and analysis software. The integrated field solver tools in Allegro PCB Editor from Cadence gives you the layout, routing, simulation, and evaluation features you need to create cutting-edge technology and prepare your designs for production. You can also use Cadence’s field solver utilities to simulate all aspects of your design directly from your PCB layout data.