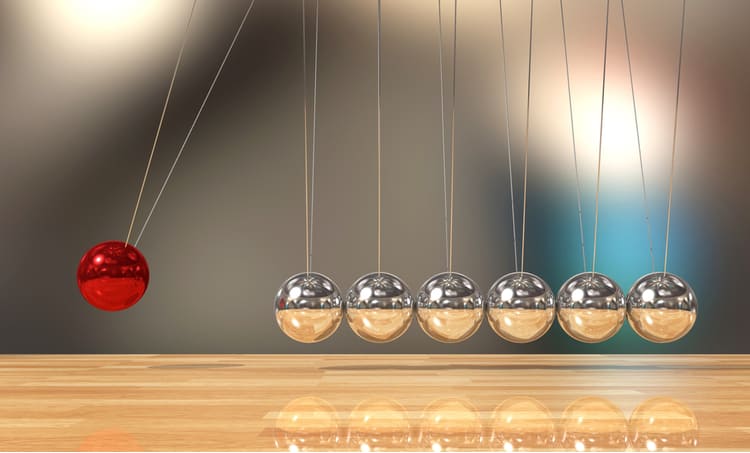 Oscillations are driven by a harmonic potential

Oscillators are simple systems when we only consider a single object in isolation—the motion spans between two extremes with a definite period, and there doesn’t seem to be much more to understanding oscillatory systems. However, in reality, oscillations can occur in complex systems with and without coupling, and the conditions leading to an oscillation may not be obvious. Whenever a system is governed by a harmonic potential, there is some chance for a damped oscillation to occur.

To spot an oscillation. you need to know what to look for in the system’s equation of motion. For a system with coupling, you need to define and solve an eigenvalue equation for the coupled system. At worst, you’ll have to run a simulation for isolated circuit blocks. Simple circuits and systems will have an obvious harmonic potential in the equation of motion, but this may not be obvious in larger circuits with many components. Fortunately, there are simulation features you can use to spot a harmonic potential or to search for oscillations directly.

What is a Harmonic Potential?

The term “harmonic potential” is normally discussed in terms of Newtonian mechanics. When discussing Hooke’s law from mechanics, the following homogeneous equation is used to define the net force acting on a particle of mass “m” and subjected to a restoring force with strength “k”:

Eq (1): Force on a particle due to a harmonic potential

The potential energy that produces this type of force, where the second derivative of a function is proportional to the function, is called a harmonic potential. In general, this type of equation will produce some oscillation. If we have some source of dissipation in the system (e.g., losses due to friction), we have a damped oscillator, which might exhibit an underdamped transient oscillation and resonance.

In any case, the general form of an oscillator equation due to a harmonic potential is defined as: 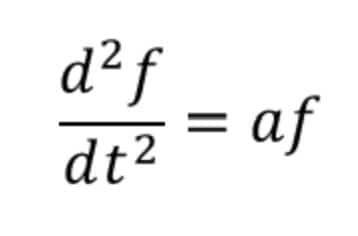 Eq (2): General equation of motion for an oscillator

Here, the proportionality constant “a” can be a complex number, meaning we could have oscillation and dissipation simultaneously. This equation could also be written in the same form as a standard damped oscillator equation of motion using some algebra. Also, “f” is some measurable quantity that might exhibit an oscillation. This equation is the key to identifying the presence of a harmonic potential in electronics. If you can derive an equation for your system that looks like Eq. (2), then you know there is a harmonic potential and there may be an oscillation.

Although we don’t need mechanical potential energy functions in electronics, you can still derive an oscillator equation from the potential energy stored in various circuit elements. Consider a simple series LC circuit. The voltage measured across the capacitor is dependent on the charge in the capacitor and is proportional to the back EMF produced by the inductor. In this case, the total charge on the capacitor at any given moment in time is (found from Faraday’s law):

Eq (3): Example equation of motion for the charge on a capacitor in an LC circuit.

Clearly, we have some harmonic potential that governs the behavior of the circuit. The potential energy stored in the capacitor as a function of time is the integral of the voltage across the capacitor:

Eq (4): Harmonic potential for a capacitor.

Because the charge and voltage in the capacitor are continuously varying functions of time, the stored potential energy will also vary over time. The various oscillations that can occur in real circuits can be very complex, especially when we consider the presence of coupling of complex circuits.

Coupled systems are more complicated and are normally written as a linear system of equations. These systems can be easy to solve by hand as an eigenvalue problem; guides on this topic can be found in many mathematics textbooks. For coupled systems and very complex RLC circuits, the better approach is to use a SPICE simulator to solve these systems and spot an oscillation. You won’t be calculating a harmonic potential directly, rather you can look for an oscillation in your simulation results.

Simulation tools are very useful in systems that are very complex and the characteristic equation of motion in the system may be intractable to derive and/or solve. There are two SPICE simulations that one can perform to spot oscillations in a circuit:

Trial and Error With Transient Analysis and Parameter Sweeps

Parameter sweeps are a simple way to search for an oscillation in a system where, intuitively, one might expect it to occur. Parameter sweeps can be used to sweep through component values or other parameter values in a system to determine where an oscillation may occur. As an example from transient analysis, an RLC circuit has a harmonic potential that switches to underdamped behavior when the equivalent damping in the circuit becomes low enough.

The image below shows transient analysis results for an arbitrary RLC circuit driven with a pulse source to show when these oscillations become obvious. We can see from the red curve that the oscillation conditions switch from overdamped to underdamped. Eventually, the oscillations become much larger, as shown in the green curve. This type of simulation result is important because it tells us there is a harmonic potential in the circuit, which may confirm our intuition, and the sweep results help us see the limits beyond which the oscillation will occur. 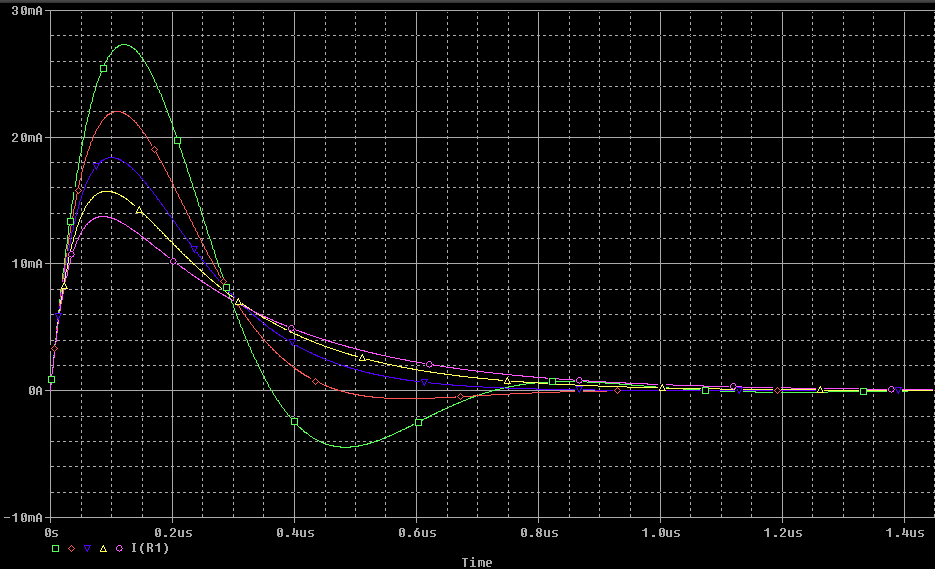 Transient analysis results with a parameter sweep in PSpice

Pole-zero analysis is a better option for complex circuits that may need to operate at a range of frequencies (i.e., in AC systems). This analysis can treat coupled or uncoupled LTI systems; it cannot treat nonlinear circuits or components without a linear approximation. This type of analysis will give you the transient oscillation frequency and damping constant for each pole in the system, which combine to produce the transient response in the system. This numerical technique can also be used with a parameter sweep for design exploration.

When you’re designing a system with harmonic potential and you need to verify the conditions for oscillation, you’ll need the front-end design features from Cadence to create and evaluate your designs. The PSpice Simulator application from Cadence includes a complete set of PCB design and layout features that integrate with simulation and modeling tools for building and optimizing your next electrochemical system.