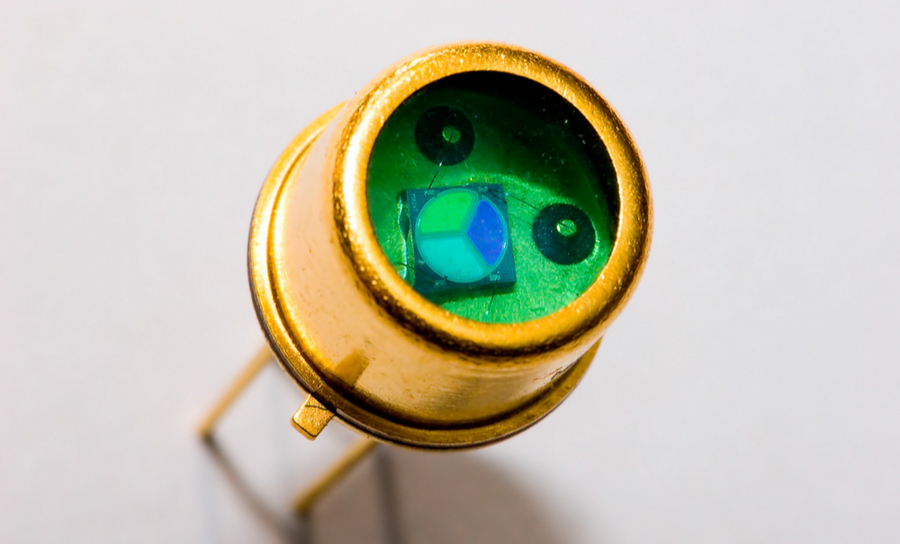 CCD arrays or CMOS sensors are usually the default choice for light sensors in optical systems. These components are a familiar component in cameras, and they have a successful history. These components are ideal for gathering sensitive spectral measurement over a broad range of wavelengths, both within and outside the visible spectrum. However, if you need to gather sensitive measurements at a single wavelength or very narrow range of wavelengths, a photodiode sensor is a better choice.

Photodiodes can be used in very niche imaging applications involving a single wavelength in a raster scan mode. However, whether the images you produce will have comparable resolution as CMOS/CCD captured images depends on the optical setup in your system. Instead, photodiodes are best used for sensitive intensity measurements. They are also instrumental in high speed optical fiber communication. Let’s take a look at the layout challenges with photodiodes for these different applications.

Photodiodes are designed to operate at specific wavelengths, although the wavelength range can be rather broad (spanning micrometers for some materials). The responsivity of a photodiode sensor depends on the materials used to construct the device and its internal doping profile. Some common materials and their useful wavelengths are:

Photodiode sensors come in the p-n and p-i-n variety, which refers to their internal structure and doped region. Compared to a p-n diode, using a p-i-n diode provides a larger depletion region; although this requires greater input voltage for a particular output gain, the quantum efficiency of these sensors can be much higher (reaching 80% to 90%).

While varactor diodes have a p-n-n+ structure and are designed to run in reverse bias, they are not normally optimized to have high photosensitivity. However, this type of structure could also conceivably be used as a photodiode sensor that provides voltage-tunable output capacitance. The capacitance of a photodiode junction is quite important as it determines the response/recovery time of a photodiode, which then determines the maximum rate at which it can sense optical pulses, such as in an optical fiber.

Similar to a standard avalanche diode, an avalanche photodiode is designed to be run at a high reverse bias voltage approaching the breakdown threshold. These photodiodes can provide very high gain (reaching 105 to 106), but the high gain also amplifies noise, producing an output with low SNR. These photodiode sensors are useful for low-level optical measurements. 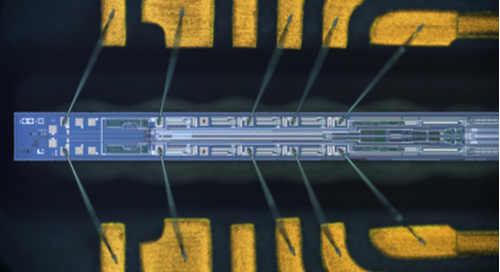 Collecting the Output from a Photodiode Sensor

The output from a photodiode is normally connected to an amplifier; a simple example is shown in this article. In some packages, this is integrated into the photodiode sensor itself. As a photodiode is normally run in reverse bias, it needs to be connected in series with a power source to provide the desired gain. Even when these components run at high switching rate (e.g., in optical fiber communication), you won’t need to worry about reflections, although you will need to ensure impedance matching between the photodiode output resistance and the amplifier input impedance. This is done to ensure maximum power transfer into the receiver.

The other aspect of working with a photodiode sensor is to construct a load line for the device to ensure it operates in the linear range. Depending on the load impedance (i.e., the amplifier input impedance) and the reverse bias voltage, the photodiode output will saturate and become nonlinear when the input light intensity becomes too high. 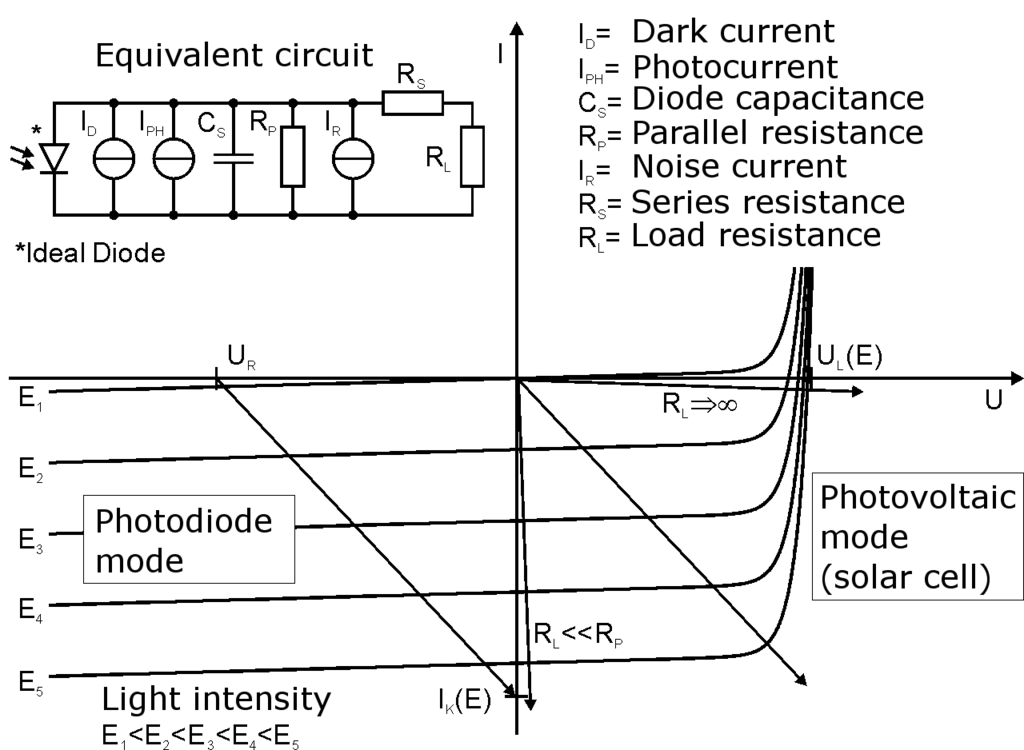 Load line and IV curves for a typical photodiode sensor. The equivalent circuit model is included in this image. Thanks to Gregor Hess for this excellent image.

You can use some simple simulations to construct a load line for a photodiode sensor using the equivalent circuit shown above. Simply place a standard diode driven in reverse bias in parallel with a current source (the so-called dark current above), and place second a current source in parallel with the photodiode to model the photocurrent level. Eventually, when the photocurrent gets too large, the current measured at the output port will stop increasing due to saturation. This allows you to easily identify the linear range and gain for your photodiode sensor for a given load impedance.

When you’re designing an electronic system to support optical measurements with a photodiode sensor, you need the right PCB layout and design software to create your PCB layout. Allegro PCB Designer and Cadence’s full suite of design tools include the layout, simulation, and MCAD tools you need to ensure your next optical product can produce sensitive measurements.