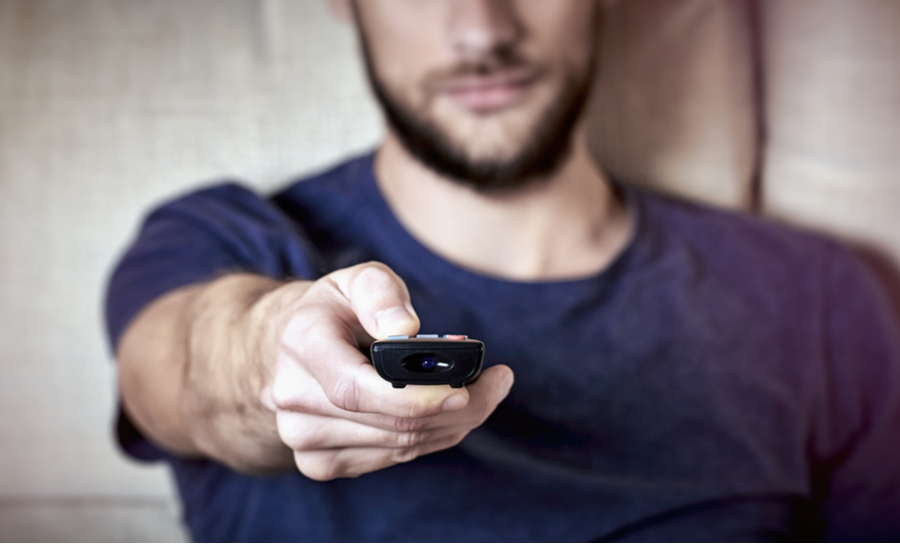 I always wondered how my TV’s remote control worked as a child. Once I got my first camera phone, I realized my phone’s camera was sensitive to the infrared LED on most remote controls, and that the TV must have the same type of detector. This is where a photodiode circuit comes into play and allows the TV to receive and decode the modulated infrared signal from a remote.

Photodiodes have a number of uses besides changing the volume on your television. Whatever application you are working with, you’ll need to understand how a photodiode generates some current and how to design a circuit that uses this current.

How Does a Photodiode Work?

In the simplest sense, photodiodes are photoelectrical elements, meaning they convert light to electricity. They can also be driven with a voltage to produce a small amount of current in the absence of a light source. Once light hits the photodiode, the current increases significantly, similar to a solar cell. If you look at the current-voltage curve for a photodiode, it has the same shape as the current-voltage curve for a solar cell. In this way, a photodiode acts like a simple light sensor, where the sensitivity can be controlled with an applied voltage.

When a photodiode is driven with some voltage in the absence of illumination, it will behave like a typical rectifying diode. At low applied bias, there is a small amount of saturation current (called the dark current) that will flow through the device. Just like a typical diode, a photodiode has some breakdown voltage in reverse bias.

Once a photodiode is illuminated, the behavior of the device depends on whether there is a bias applied to the photodiode, as well as the polarity. The IV curve for the device will scale with the applied voltage. A photodiode has two modes of operation: photovoltaic mode (when run in forward bias) and photodiode mode (when run in reverse bias). In both cases, the current can be calculated with the following equation:

where P is the optical power of the light source (W), and R is the responsivity of the photodiode (A/W). Note that the remaining parameters in this equation have the same meaning as those in a typical rectifying diode.

Selecting a Photodiode for Your PCB 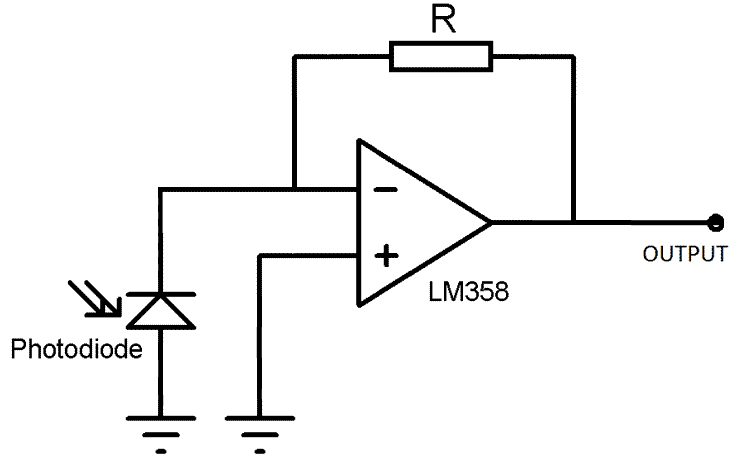 A simple photodiode circuit with an amplifier

Note that a photodiode can also be used to receive digital data encoded in modulated optical pulses. This is typically done by applying pulse width modulation or amplitude modulation to the light source. In the case of pulse width modulation, you will need to account for the frequency limitations of your photodiode and amplifier as this limits the maximum data rate. The frequency limitation of a photodiode is related to its response time (see terminal capacitance above). The maximum response frequency is typically taken as the knee frequency for a digital pulse with a particular rise time. This frequency is equal to 0.35/(response time).

Designing systems that use photodiodes as switches or sensors is easy when you use the right PCB layout and design software with a full suite of design tools. Allegro PCB Designer includes the features you need to layout boards photodiodes. You can also import your board into Cadence’s analysis tools to simulate and analyze the behavior of your photodiode circuit.