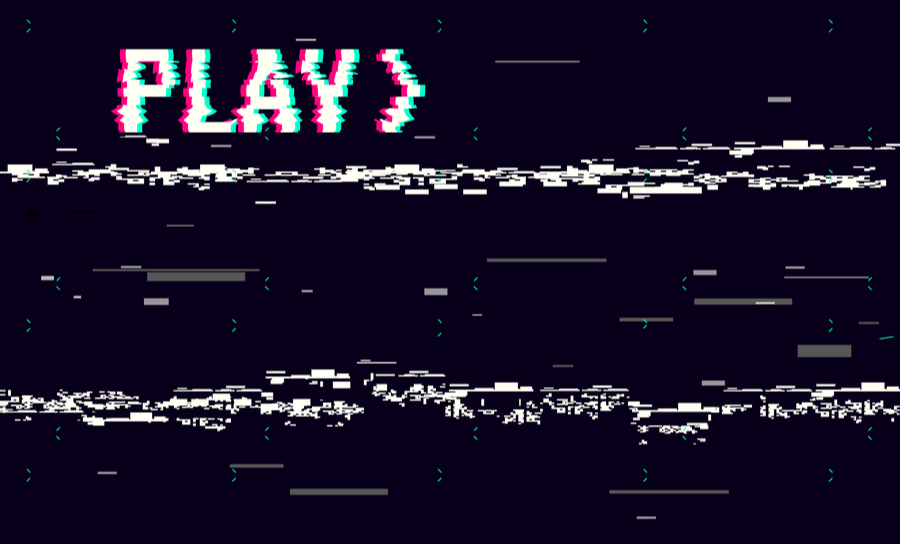 Noise in your circuits is unavoidable

Noise is inevitably present in any electronic system. As much as we would like to decrease noise levels in every system, this is an impractical endeavor. You can’t use Peltier cooling or liquid nitrogen with every component in your system. However, understanding the thermal noise bandwidth and how thermal noise interacts with different components can inform some important design choices, ensuring that signals remain clean as they move through your board.

Without getting too deep into statistical mechanics, it is important to note that every component that has some temperature will exhibit noise that is superimposed on the output voltage/current, known as thermal noise or Johnson noise. There are other noise sources that can be distinguished from thermal noise, such as shot noise, 1/f noise (a.k.a. Pink or flicker noise), Gaussian noise, and white noise. Taking these together with the thermal noise bandwidth determines how noise is superimposed on signals in your PCB.

Looking at Noise as a Signal Integrity Issue

The thermal noise bandwidth, alongside other noise sources, contribute to the noise floor in your system and determine the noise power spectral density in your system. Normally, the inelegant solution to accommodating noise in your circuits is to just run circuits at higher levels, i.e., the signal-to-noise ratio is larger. With digital systems that use binary signaling and have decent noise margins, this is just fine. A particular set of problems arises in multi-level signaling systems (e.g., digital signaling with PAM) and wireless systems.

In digital systems that use multi-level signaling, you are generally working with razor-thin noise margins, and thermal noise will already increase the BER value for each symbol. Add to this intersymbol interference, and different symbols can become indistinguishable. This is why equalization schemes are generally used to extract data from multi-level digital signals in the presence of noise, distortion, and/or interference.

In wireless systems, thermal noise is usually ignored at the transmitter side as the signal chain is run at sufficiently high power, i.e., the SNR value is so large that noise amplification does not significantly affect the quality of the transmitted signal. On the receiver side, the SNR value of a low-level analog signal is generally low, and the signal must be amplified prior to demodulation. Unfortunately, noise that lies in the frequency band of interest will also be amplified and can become problematic in demodulation and digital conversion.

Thermal noise will always arise in any component due to the inherent DC resistance in the system. In general, cooling your system or using components with lower parasitic resistance will reduce the thermal noise intensity. Thermal noise has the following characteristics:

Let’s look at some statistical quantities for thermal noise:

The thermal noise bandwidth depends on the bandwidth of the circuit in which noise is present. In other words, we can calculate the root-mean-squared (RMS) noise voltage and current in terms of the impedance of a circuit: 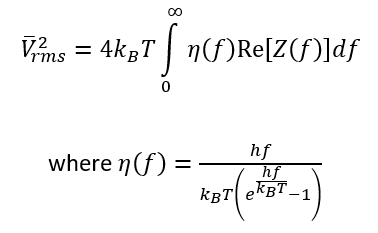 RMS voltage due to thermal noise

Note that h is Planck’s constant and kB is Boltzmann’s constant. This equation has an important consequence; the resistive portion of the circuit determines the voltage associated with thermal noise. This is the case for a circuit in series with a driver with low output impedance. For an impedance matched driver and load, simply ignore the factor of 4 in the above integral; this tells you the thermal fluctuations seen in the voltage drop across the source or load on its own.

Due to the fact that the RMS voltage noise is only due to the resistive portion of the circuit, the above integral can be solved and written in terms of the Thevenin equivalent resistance. At sufficiently low frequencies, the η factor converges to 1 and can be ignored. This is certainly applicable in the majority of circuits that operate at room temperature. If we consider this case for a purely resistive circuit, we have the following often-cited result:

Here, Δf is the thermal bandwidth, which is an arbitrary value that is chosen over a specific frequency range of interest. This choice depends on the relevant frequencies used in your circuit and the bandwidth of the circuit itself. This is why it is generally easier to describe noise in terms of its power spectral density; here you just divide the RMS voltage by the bandwidth and take the square root. Thermal noise in component datasheets is generally quoted in terms of the power spectral density (units of V per square root of frequency) over a specific frequency range.

Note that even in a purely reactive circuit, there will still be thermal noise; this is due to the inherent resistance of any conductors in the circuit, which cannot be avoided. The same points above can be applied to the RMS current fluctuations, as shown below.

When looking at the current in a load that is parallel to the output impedance of the driver, we have the following formula for the RMS thermal noise current:

RMS current due to thermal noise

Again, just ignore the factor 4 in the case of an impedance matched driver and load in parallel driven with an ideal current source; this gives you the thermal noise generated by current in the source or load on its own.

Power fluctuations in an isolated component connected to an ideal zero impedance driver due to thermal noise are found by simply multiplying the RMS voltage and current (don’t forget to take the square root!).

Power fluctuations due to thermal noise in a driver and load are found by dividing the RMS voltage by the magnitude of the total impedance (driver Z plus load Z). For the case of the current, the power fluctuations in the driver and load are just equal to the RMS current multiplied by the magnitude of the total impedance of the driver plus the load.

The above integrals are generalized for any range of frequencies, but they are normally evaluated for a specific bandwidth; i.e., the relevant frequency range in which the circuit will operate. Taking the above results, dividing by your bandwidth, and taking the square root tells you the level of noise power spectral density in terms of voltage and current fluctuations in your circuit.

Thermal Noise Bandwidth and Bandwidth of the Circuit

In summary, there is no specific thermal noise bandwidth; it depends on the bandwidth of the circuit in which noise exists. These fluctuations in voltage, current, and power must be considered at the input of downstream components. The results presented above are extremely useful closed form solutions for any linear time-invariant circuit. If you can account for these fluctuations on the input to a downstream component, such as an amplifier, you can examine how a signal’s SNR value changes throughout the system.

Here we haven’t considered 1/f noise, which generally appears alongside thermal noise. 1/f noise will have its own power spectral density that dominates at low frequencies, as shown in the graph below: 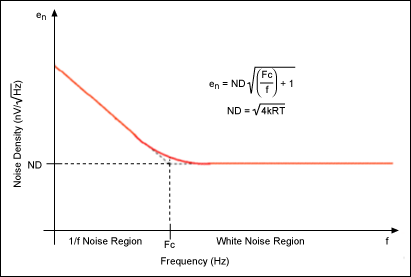 Working with noise and determining the thermal noise bandwidth in your PCB can be difficult, but you can examine how noise affects your circuits when you use the right PCB design and analysis software. OrCAD PSpice simulator and Cadence’s full suite of analysis tools can help you examine the effects of noise in your circuits and help you identify the right design choices for ensuring your next product operates as designed.