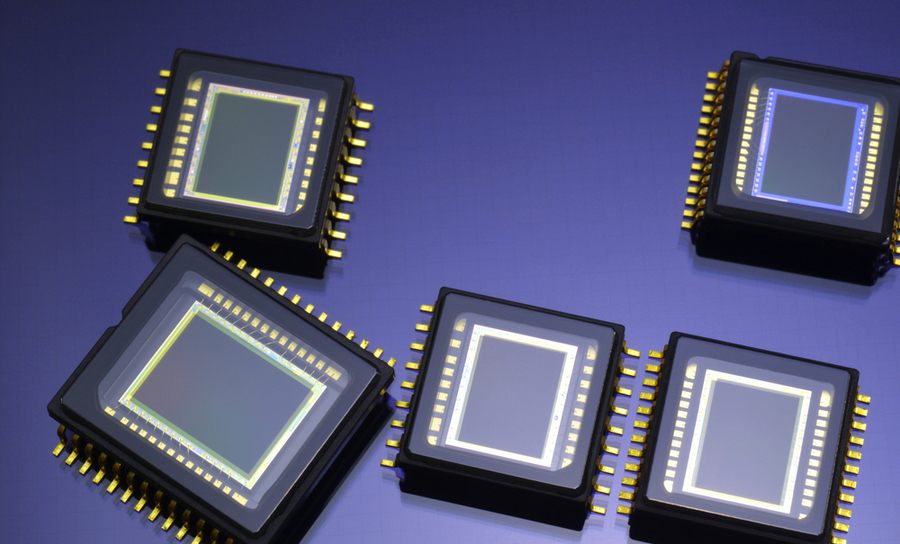 Here’s how to choose between a photodiode array vs. CCD sensor...

We don’t often focus on optics or electro-optics around here, but designers working on applications like lidar, imaging, and spectroscopy need to choose the right type of detector for their applications. If you’re building a new optical system, it might be difficult to choose from the range of different light sensors.

Are you gathering sensitive spectral measurements or capturing images? Do you need to gather a line scan or are you working in two dimensions? There are plenty of sensors available for each application. When you need a photosensitive element for working with infrared or visible wavelengths, you’ll likely need to choose between a photodiode array vs. CCD sensor.

As its name suggests, a photodiode array is simply an array of photodiodes packaged on a single chip. These come in one dimensional (linear) strips, or as two dimensional arrays. These arrays are frequently used for measurements in moderate to high intensity imaging applications, and they typically cost less than CCD sensors. Avalanche photodiode arrays are also available, which provide higher sensitivity for lower light level measurements.

A photodiode array is usually designed to provide a highly sensitive response in specialized applications. Some examples include reflectance or scattering measurements (e.g., in lidar systems), fluorescence, chromatography, and spectroscopy (e.g., linear arrays) rather than being used in cameras. These sensors can be built as an array of p-n or p-i-n diodes run at zero bias (voltage output) reverse bias (current output).

The material from which a photodiode array is built will determine the obtained spectral response. Silicon and GaAs photodiodes (bandgap of ~1.1 eV and ~1.47 eV, respectively) are normally used for NIR and visible light, while single-crystal InGaAs and Ge photodiodes (bandgap of ~0.75 eV and ~0.66 eV, respectively) are better for deep infrared applications. Non-stoichiometric In(1-x)GaxAs can be used to build tunable photodiode arrays, where the bandgap can be increased by using more Ga in the ternary alloy. Note that these bandgaps and the system’s bandwidth are functions of temperature, and highly sensitive spectral measurements may require cooling for highest sensitivity (usually Peltier cooling). 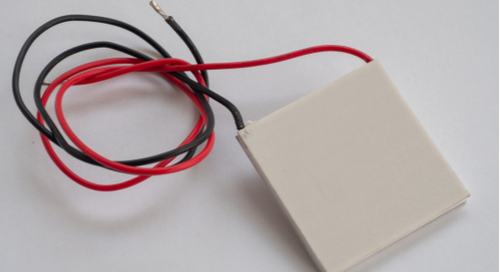 Just like a solar cell, photodiode arrays capture photons and produce free charge carriers in each pixel. A photodiode array is formed with a common cathode (i.e., diodes are in parallel) and can be operated as a voltage source (photovoltaic mode at zero bias) or as a current source (photoconductive mode in reverse bias) within its sensitive wavelength range. A current measurement is usually preferred because the output current is linearly proportional to the incident optical power, whereas the output voltage is a logarithmic function of incident optical power.

CCDs are similar in terms of their geometry (1D vs. 2D) and material-dependent spectral response. Compared to a photodiode array or a CMOS imaging sensor, CCD arrays generally provide an electrical output with lower noise and higher sensitivity. CCDs are normally used for capturing high quality images or low-light spectral measurements. CCDs tend to have higher sensitivity, but they have lower range than an equivalent photodiode as they saturate at a lower input power.

Note that photodiodes are the effective photosensitive elements used in CCDs and CMOS sensors, although photogates are also used in different types of sensors. The major difference between photodiode arrays, CMOS sensors, and CCD sensors is the way in which data is read from the device. This will affect the speed at which images or measurements can be acquired. CMOS sensors use an addressing scheme, where the sensor is exposed and read one pixel at a time. In contrast, CCDs use global exposure and read out pixels in a column in series. In other words, columns of pixels are shifted with a shift register, and the pixels in a column are read individually in series with an ADC.

Because a photodiode array uses a common cathode configuration, data can be read out in parallel. Another point to consider with photodiodes/CMOS sensors is active vs. passive pixel configuration. With passive pixels, the charge readout is converted to a voltage, which is then translated into a digital number with an off-chip ADC. In active pixels, the output is amplified with an on-chip transistor (MOSFET). There are also digital readout photodiode arrays, where analog-to-digital conversion and amplification are done at the pixel level.

Passive, active, and digital readout from a photodiode array

Just as is the case with CMOS sensors, LCD screens, and LED screens, the greatest challenge you are likely to face when creating a PCB layout for a photodiode array or CCD sensor is noise. Whether you are using a digital readout (ADC is on-chip) or an active/passive readout (ADC is off-chip), noise will interfere with conversion, resulting in grainy images due to a high noise floor.

These sensors can be sensitive to radiated and conducted EMI from other circuits or from clock pulses used for addressing and shifting data. Therefore, additional grounded shielding may be required. If you are having problems with excessive noise in a prototype, try to narrow down the region where noise is entering the photodiode array/CCD with a near-field probe with the sensor turned off. Apply shielding to that particular area when diagnosing problems.

In addition to using the correct stackup (follow your manufacturer’s guidelines), you’ll need to worry about providing stable voltage to these sensors. This requires properly sizing decoupling capacitors. If you are placing your sensor on a daughterboard, you may not need to place power and ground planes in adjacent layers. You can probably get away with a 2 or 4-layer board as long as you use a solid ground plane below the surface layer. If you are placing everything on a single board, then you should make sure you’ve followed best practices for ensuring power integrity in your system.

If you’re unsure of how to integrate a photodiode array vs. CCD sensor in your next optical product, you need the right PCB layout and design software to create your PCB layout. Allegro PCB Designer and Cadence’s full suite of design tools are include layout and MCAD tools you need to help ensure your next optical product can produce high quality images or sensitive spectral measurements.