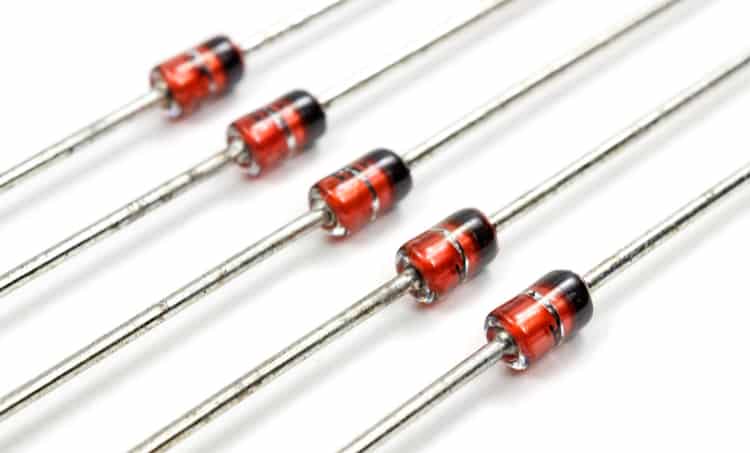 One of the abilities that I’ve developed as the parent is yelling. Particularly when my son maxed out the smartphone’s volume to one resembling a power amplifier. By drumming some common sense to his head, I’m able to get some moment of peace, but not for long.

I guess my methods of suppressing the noise produced by a clueless child isn’t quite effective. Thankfully, I have much better results in electronics in blocking transient voltage, surges, or cutting off the voltage as I wished. The credit belongs to clamp diodes.

What Are Clamp Diodes?

Diodes, as known to many electronics beginners, are a semiconductor made of a P-N junction. When a positive voltage is connected to the anode, and negative cathode, the diode is said to be forward-biased. As long as the voltage applied is greater than the junction voltage, typically 0.7V, current flows through the diode.

But what if the voltage is applied in the opposite direction? In a negative biased, the diode will be in a non-conducting state as long as the voltage across the terminal does not exceed the breakdown voltage. In this state, the diode is like an open circuit as the reverse-biased P-N junction prohibits electrons from flowing through.

A clamp diode is where both characteristics of being applied in a circuit to manipulate the input voltage. Clamping diodes can function as a level shifter or can be used to guard components against transient voltages.

The clamping circuit is made up of an AC input, a diode, a capacitor, and a load resistor. Clamping circuits are divided into positive and negative configurations. The above diagram shows a positive clamp circuit, which is essentially a positive level shifter.

Here’s how it works:

But, what about a negative clamped circuit? By just reversing the orientation of the diode, you’ll have an AC level shifter that works in the opposite direction.

Clamp diodes aren’t all about shifting voltage baseline. They can be a handy bunch in mitigating transient events, particularly ESD and lightning surge. For example, when the input voltage rises above Vh, D1 is forward biased. Thus, the excessive current flows through D1 instead of the load. A current limiting resistor is usually placed prior to the diodes to ensure the latter are operating within the limit. 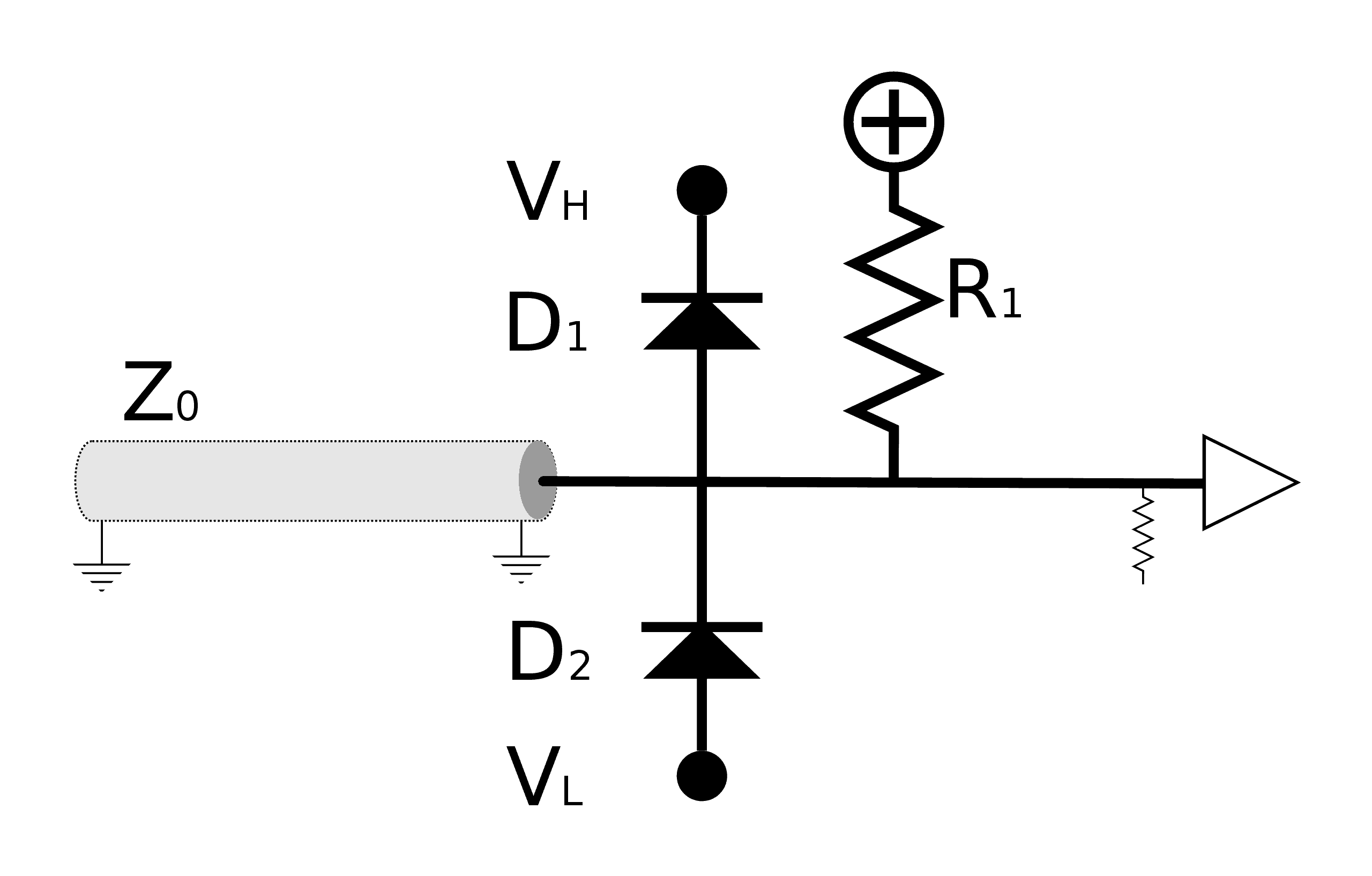 The same applies when the input voltage drops below VL, which will then activate D2. By channeling the excessive current away from the load and keeping the voltage below Vh, the diodes help to prevent transient voltage from damaging the components.

Typically, diodes with larger current handling, low junction voltage, and fast turn-on time are chosen for ESD or surge protection. The current limiting resistor must also be able to disable a sizeable amount of heat when a large amount of current passes through.

Whether it’s designing for a level shifter or transient protection, it helps to simulate the respective parameters with a strong suite of PCB design and analysis software. Try out OrCAD PCB Designer to work through your layout needs in your next circuits.