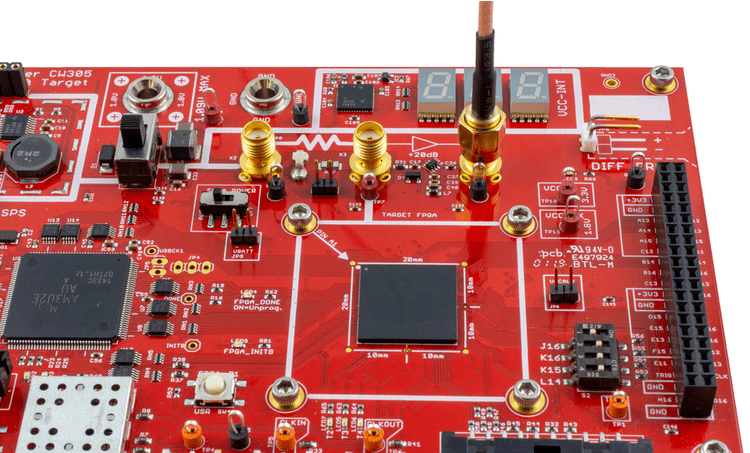 In days past, if you used a telephone that plugged into the wall, you could hear conversations from others bleed into your phone line. Today, we combat this and other signal integrity problems in high speed PCB design using differential pairs. It’s not as if all components will use differential signaling, but differential pairs are the primary routing style used with high speed digital signaling protocols, including standard computing interfaces like USB and networking interfaces like Ethernet.

The differences between single-ended and differential signals are simple at the physical layout level, but they can be complex at the signal level and in terms of driver/receiver component functions. If you’re making the first jump into using differential signaling, read our guide to learn more about this signaling method. Once you’ve mastered differential pair routing, you’ll have the foundational knowledge needed to design with some of the highest speed computing interfaces, such as PCIe, SerDes channels, gigabit Ethernet, and much more.

What Are Single-Ended and Differential Signals?

Single-ended signals are simple to understand: the HIGH level is brought up to a logic level (5 V, 3.3 V, etc.), and the LOW level is defined as zero. Differential pairs are different; each side of a differential pair carries the same magnitude signal, but with opposite polarity. At the receiver, the signal is recovered by taking the difference between the signal levels on each line. 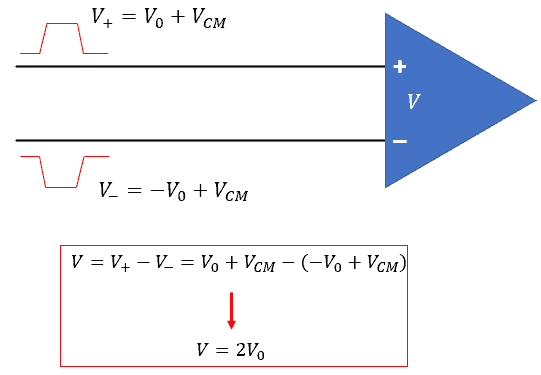 Successful readout and signal recovery requires the lengths of the pairs to be precisely matched within some small tolerance. The advantage here is that common-mode noise will be canceled when reading the signal, as shown in the conceptual diagram above. This requires following some basic routing requirements for all differential signals.

The general requirements for differential pair routing and layout are shown in the table below. Single-ended signaling requirements are also shown for comparison.

The signal readout and recovery process for differential pairs accounts for the fact that the two pairs carry equal and opposite polarity signals. This simple idea and parallel routing in a differential pair solves some important signal integrity problems in high speed PCB design.

What Differential Signals Can Solve

The image below shows a driver and receiver stage used in low-voltage differential signaling (LVDS). Here, there is no ground plane surrounding the pair. Because the signals have equal magnitude and opposite polarity, the electric field terminates on each side of the differential pair. This particular diagram is nice because it illustrates the situation seen in a standard like Ethernet over UTP cable (e.g., Cat5), which may not have any grounding in a significant portion of the interconnect.

In both types of signaling, a reference plane near the traces helps solve one problem—it provides shielding against EMI. It also provides a place for some return current around a trace by allowing field lines to terminate into the reference plane. The reference plane also defines the single-ended impedance (characteristic impedance) for each trace in a differential pair, as well as in a single-ended signal. Routing tools can help you enforce length matching in your differential pairs while maintaining controlled impedance as you route your PCB layout.

Once you understand the difference between single-ended and differential signals, you can create the highest quality layout with PCB design and analysis software from Cadence. OrCAD’s advanced routing tools help you follow best practices for layout and routing, and you’ll have everything needed to create high-quality designs in a single application.