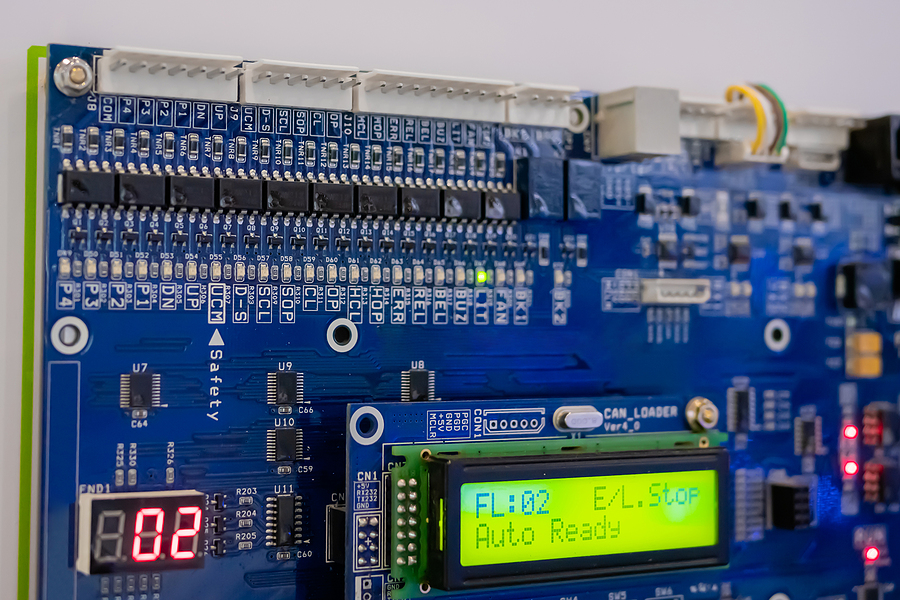 Building a modular system is an attractive option, especially when you look at the supply chain environment we are dealing with today. Modular design helps a product design team reduce their risk by spreading critical components into only one portion of the system. It also offers a chance to extend the lifetime of part of the product through future-proofing. When the product needs to be upgraded, only the obsolete module needs to be changed out, rather than the entire system.

An important part of modular embedded systems is design of a system-on-module, or SOM. Developers are probably familiar with SOMs as development products, or as popular single-board computers like the Raspberry Pi. Semiconductor companies will often produce these as marketing and sales tools, as well as a developer tool for building an application and testing the capabilities of a component. However, the modular approach with a trimmed-down SOM can give developers a cost-effective, low-risk option for developing an entire system from a set of modules, rather than building a single PCB that contains all components.

Building Blocks of a System-on-Module (SOM)

The image below shows a commercially available SOM. Some of the major components are called out in the image. There can be other components used to build an SOM, depending on the intended function of the device, but the components shown below are typical for an SOM that will be used in embedded devices that require an embedded operating system. 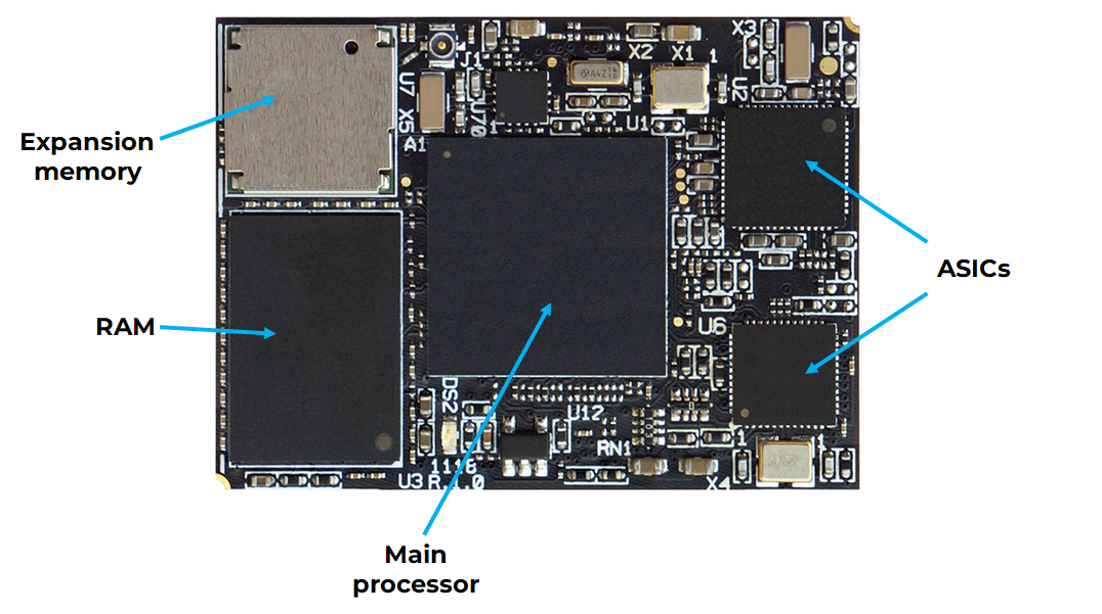 The above device could also be called a computer-on-module (COM) if the main processor is meant to run an operating system. Other SOMs that are not providing traditional computing functions and that only include specialized logic or ASICs are more commonly called SOMs. The line between a COM and an SOM is blurry; all COMs could be called SOMs, but not all SOMs are COMs.

The main processor and peripherals together give the SOM its primary functionality. If an SOM is intended to run an embedded operating system or operate as a small embedded computer, then the main processor will normally be an MPU or an FPGA. The use of an MPU is common on SOMs that are being used to build modular computers, and the additional peripherals could be placed on the carrier board.

SOMs that use an FPGA are becoming much more common in advanced applications where specialty logic needs to be implemented at the hardware level. The goal in these systems is much more efficient compute compared to standard combinational logic implemented in standard processor architectures. These systems could implement a variety of logic that would normally be found in off-the-shelf ASICs.

Finally, in any SOM design, the designer has to decide whether to place any of the required peripherals on the SOM or the main board. Should they go on the main board or on the SOM? This is a matter of choice for the designer and there is no requirement to put them in either place. Designers can put them where they see fit.

Connection to the Main Board

What isn’t visible in the above image is the connection mechanism on the back side of the board. All systems-on-modules are meant to interface with another board (normally called the carrier board or main board) through some connector. This connection can be made in three possible ways:

Option #1 is most common in SOMs that expose a large number of interfaces and connections to the main board, so it is commonly used on development boards for large processors. Option #3 is also very common in modular systems. Option #2 is less common because the module will be soldered to the main board, so it’s more difficult to change later if needed. The image below shows the types of mezzanine connectors commonly used in Option #1. 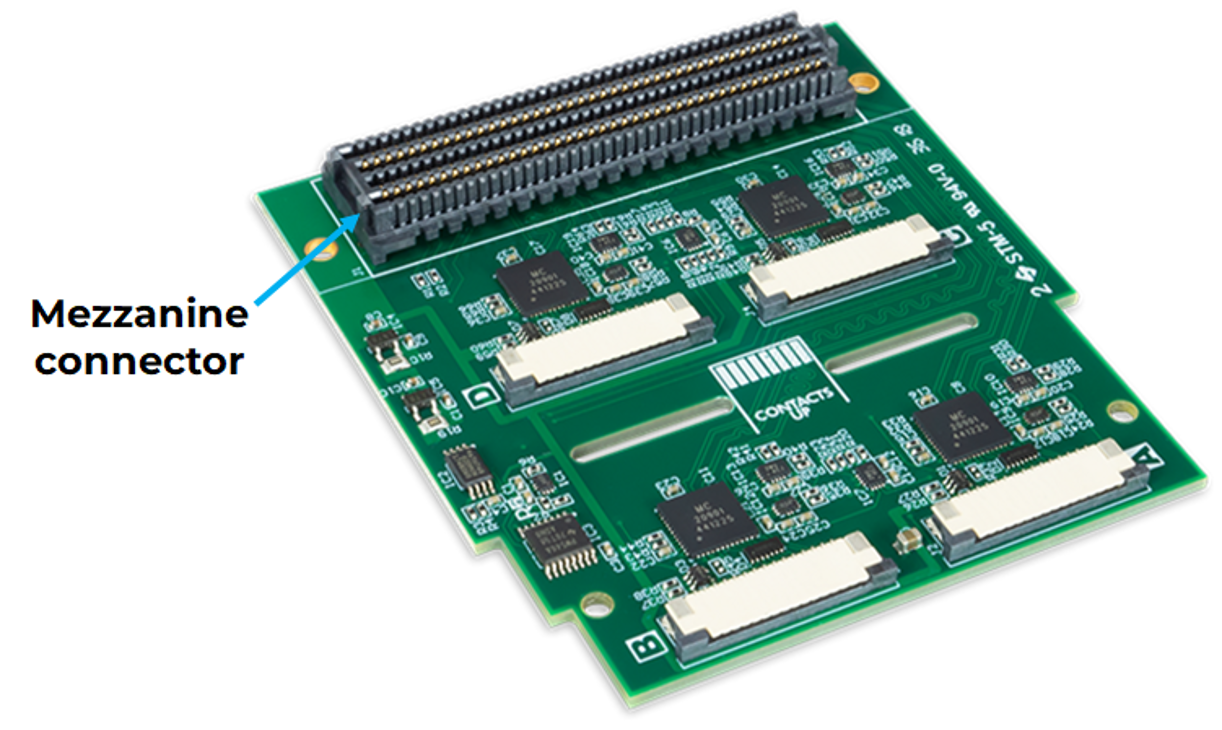 It is also technically possible to use a cable with high conductor count for these connections (such as a ribbon cable), but this is not used in modern SOMs. The reason that cables are not often used is that higher conductor count cables tend to have limited bandwidth and they cannot support a large number of high speed signals routing between the SOM and the carrier board. Therefore, one of the methods listed above will be most commonly used to connect an SOM to its main board.

What Else is Needed for Advanced SOM Design?

Placement and system architecture are important, but the design does not end there. SOMs typically need to support plenty of high speed signals in multiple interfaces, so the board needs to be designed with best practices for high-speed PCBs. Typical interfaces found on an SOM include standard computing and peripheral interfaces like USB and Ethernet. SOMs that will interface with a display or camera might also include some MIPI protocols.

To see what other tasks are required in SOM design, take a look at some of these resources:

When you’re ready to design a PCB for your system-on-module, place components, make sure you use Allegro PCB Designer, the industry’s best PCB design and analysis software from Cadence. Allegro users can access a complete set of schematic capture features, mixed-signal simulations in PSpice, and powerful CAD features, and much more.