●     Learn about the phase shift formula.

●     Gain a greater understanding of the importance of phase shift calculations to AC circuit analysis. 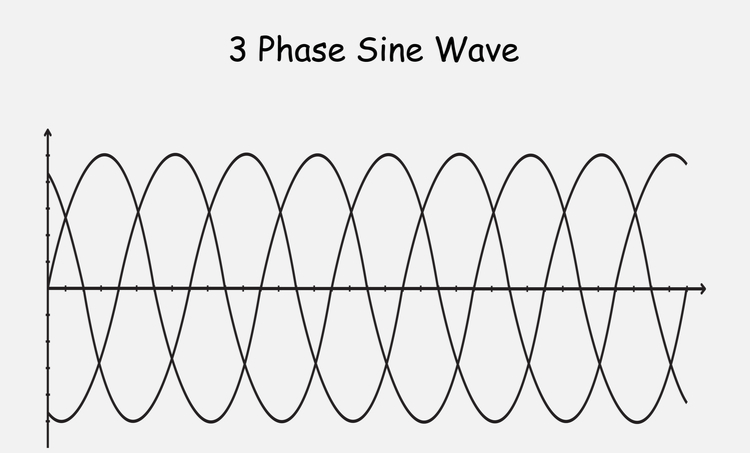 In every industry, including the area of electronics, shifting is synonymous with some form of change. In some instances, this shift is due to external forces and may even be unintentional. In other cases, a shift is internal and possibly intentional, in part due to a functional requirement.

When we examine the nature of shifting with regard to frequency, these changes can typically affect functionality adversely or favorably. When we are looking at understanding phase shift in electronic design, finding different phase voltage, and amplitude correlate to things like periodic function, angular frequency, and then correspond to product efficiency of phase change. Inductors and low frequency devices use this methodology frequently.

We define ‘phase’ as a signal being the same wavelength, same cycle, and the same frequency as another, yet, they are two (or more) waveforms not precisely in alignment. Phase is not a property of a single RF signal; rather, it concerns the relationship between these two or more signals that also share the same frequency.

A ‘phase shift’ is the minute variation amongst the two waveforms. In the areas of both electronics and mathematics, a phase shift is the delay present between these two waveforms that share the same frequency or period. In summary, we express phase shifts in terms of angle, which we measure in radians or degrees that are either positive or negative.

For example, a positive 90o phase shift is one-fourth of a complete cycle. In this instance, our second wave leads the first by 90o. We can calculate the phase shift by utilizing the time-delay between them and the frequency of the waveforms. What Is the Phase Shift Formula?

Firstly, there is a correlation between the sine wave function and phase. In the field of mathematics, and more specifically, trigonometry, the trigonometric sine-function generates a smooth wave-shaped graph. This graph alternates between a minimum and maximum value, and it repeats every 360o ( 2 * pi radians).

Any angle more than 360o will merely repeat the preceding cycle. Also, a sine wave with a phase shift will begin and end at a value other than zero, even though it looks like a standard sine wave in all other aspects. This means it is an s-shaped waveform that is smooth and oscillates below, above, or side to side in reference to zero.

Calculating phase shift incorporates the comparison between two waveforms, which also means deciding which of these two waves is first and which is second. In the area of electronics, the second wave is generally the output of something like an amplifier, and we designate the input as the first wave.

In the field of mathematics, the first wave might be the original function and the secondary function will, of course, be the second wave. To further illustrate this, we can use the following example: Here, your first function is y = sin(x), and your second function is y = cos(x). Although the order of the two waves does not affect the absolute value of the phase shift, it does determine if the phase shift is negative or positive.

When we compare the waveforms, we organize them so that they read left to right using the same time units or x-axis angle. For instance, the graph for both might start at 0 seconds; here we will find a peak on the second wave and find the equivalent peak on the first. Whenever we search for a corresponding peak, we stay within a single full cycle to avoid phase difference inaccuracies.

The phase shift formula is as follows:

td = time difference between the waveforms

By utilizing the above examples, the formulation will result in the following:

Because the result is a positive number, the phase shift is also positive. With that in mind, the second wave lags behind the first by 72 degrees. To calculate the phase difference in radians, we utilize the following:

Using the example results in the following solution:

We use the Phase shift formula to determine the relationship between two waveforms and their resulting phase angle. It affords the ability to measure anywhere along the horizontal zero axis in which each wave passes with the same slope direction, either negative or positive. This is important because it affords the ability to describe the relationship between a voltage and a current sine wave within the same circuit. This is a vital tool in AC power circuits and forms the bases for AC circuit analysis. 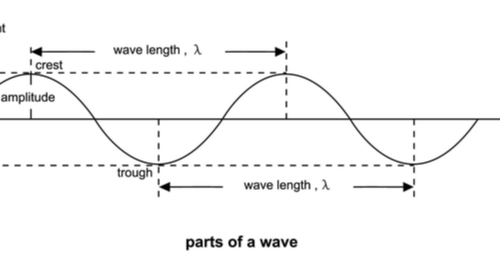 The parts of a sine wave.

Before worrying about measuring the phase shift in AC circuits, you have to make sure that you are using the right set of PCB design, layout, and analysis software for your PCB designs. Allegro PCB Designer, and Cadence's full suite of design tools, can help you create designs from verified component models and analyze all aspects of their functionality. You'll also have access to a set of tools for MCAD design and preparing for manufacturing. Having the right tools can ensure your design is done right the first time.