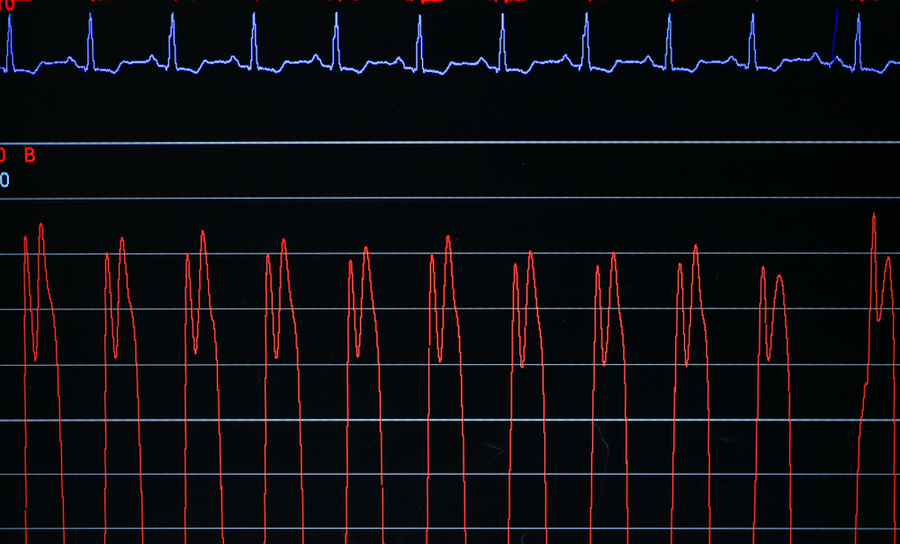 Analog waveform from an EKG monitor

We like to treat digital pulses and analog waves as belonging to completely different realms of electronics design, but this is not really the case. When you start examining the effects of filter, amplifier, and component bandwidth on digital signals, you start to realize their connection with the analog world. There are many applications that involve a transformation between digital pulses and analog signals, and you’ll need to build circuits for these applications that provide the desired transformation.

While we can’t list all the different applications for each analog waveform, we can show you how a powerful circuit simulator can help expedite analysis of your circuits when driven with different analog waveforms. If you need to convert between different waveforms directly on your PCB, you can create simple yet effective circuits that provide the conversion you need without incorporating multiple waveform generator ICs. Furthermore, you’ll save on cost associated with not using new components for waveform generation.

The Link Between Digital and Analog Waveform Generation

The mathematically inclined circuit designer is probably familiar with Fourier series. For those that aren’t, we’ll give a very brief review. In short, the central idea behind Fourier series is that an oscillating signal with any shape can be constructed by mixing a harmonic series of sines and cosines. The frequency of each sine and cosine function is an integer multiple of some fundamental frequency. If you add up just the right mix of these frequencies, you can generate a digital pulse.

Note that there are other series expansions that can be used to represent any other function. You can use any set of orthonormal basis functions to create a series expansion for any other function. Some examples include Bessel functions, Legendre polynomials, weighted Hermite polynomials, and other sets of functions that solve a Sturm-Liouville problem (this includes sinusoids).

In reality, the number of frequencies required to perfectly represent a digital pulse is infinite, os it is obviously impractical to manually feed multiple sine and cosine waves into a mixer to generate a stream of digital pulses. However, there are other methods that take advantage of harmonic generation to generate a stream of digital pulses (i.e., a square wave). As an example, nonlinear saturation and hysteresis in a comparator or amplifier, or rectification in a back-to-back diode, can be used to convert from sinusoidal to square waves or vice versa, respectively.

These simple conversion circuits can be implemented directly at the PCB level without using multiple integrated circuits, which saves some space and costs. Complicated, arbitrary waveforms are more difficult to generate and may require mixing of two or more analog waveforms. This may require using up/down conversion and a wideband mixer to provide the desired analog waveform while avoiding signal distortion on the input and output signals. 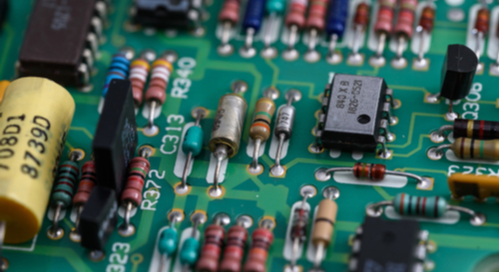 This op-amp is fundamental in waveform conversion

Any of the analyses you could use for square wave or sinusoidal wave driving can also be used to examine circuits for analog waveform generation and conversion. You can easily apply a stream of digital pulses or a sinusoidal source to an analog waveform generation or conversion circuit and measure the current/voltage in various portions of the circuit. This allows you to see how digital or analog waveform is transformed as it traverses the circuit. When you work with the right SPICE-based simulator that includes a powerful UI, you can create arbitrary analog waveforms by tracing out voltage or current levels on a graph and apply the same techniques.

This is where it helps to look at the transformation between different analog waveforms using Fourier analysis. Because waveform generation and conversion can be accomplished with nonlinear and/or hysteretic elements, and it typically requires considering multiple frequency components simultaneously, it can be difficult to determine the behavior of these circuits with nonlinear analysis techniques (e.g., small-signal analysis combined with frequency sweeps). Note that transfer functions as most engineers understand them are are not applicable for analyzing waveform generation and conversion when circuits operate in the nonlinear regime as transfer functions are not defined in terms of the input signal level.

The mathematics involved in constructing nonlinear transfer function are rather complex and are beyond the scope of this article. However, you can use SPICE simulation results to create a visualization of a nonlinear transfer function. Applying a Fourier transform to your input and output signals provides a simple way to examine the effects of saturation and hysteresis at different frequencies and input levels in analog circuits. If you iterate through different frequencies and voltage levels, you can construct a nonlinear transfer function for your circuit and visualize it in a 3D graph. This lets you see how the bandwidth changes with different input voltage levels. This is particularly important when working with power amplifiers in RF signal chains as these amplifiers are normally run near saturation. 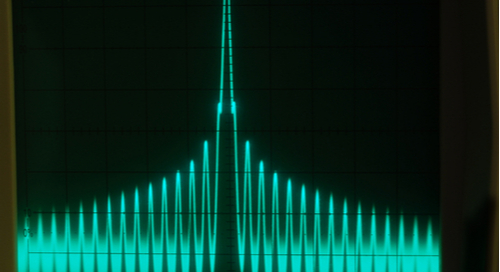 Harmonic generation when converting a sine wave to a square wave. The central peak is the input analog frequency. The conversion circuit generates sideband harmonics.

No matter what type of analog waveform manipulation circuit you are building, you’ll need the right circuit design and analysis tools when creating your PCB layout. OrCAD PSpice Simulator from Cadence includes analysis tools that take data directly from your circuit schematics and determine the behavior of your most complex PCB designs.