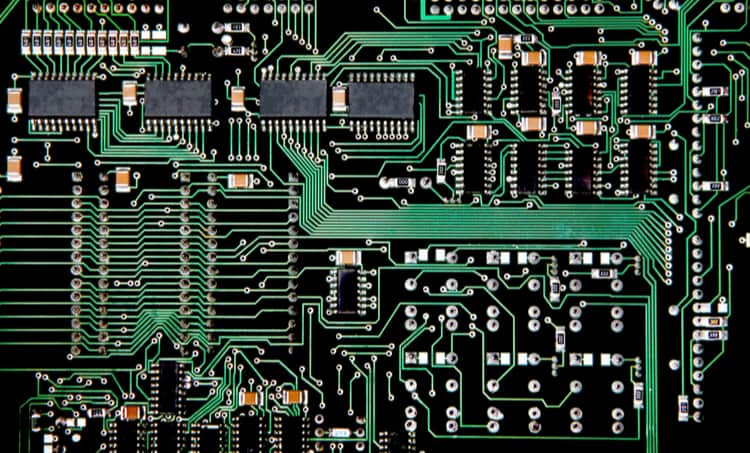 Series RLC circuit behavior can arise in any layout, including this one.

Some circuits are fundamental for understanding electrical behavior of practical systems, including your PCB layout. In addition, some circuits appear in multiple applications, ranging from impedance matching networks to power supplies. A series RLC circuit is one such circuit you’ll find in circuit models, integrated circuits, and many other real circuits for practical applications.

Unlike other circuits found in digital and analog systems, series RLC circuits are important beyond real circuits you’ll find in a PCB layout. These circuits and larger circuit networks with RLC components find a home in modeling parasitics in many situations, the most prominent of which is modeling real capacitors and power delivery networks (PDN). Because the resonant behavior of these circuits is so important in many applications, we’ll look at how this behavior arises in real PCB layout and how it links back to fundamental properties of RLC circuits.

The image below shows a circuit diagram of an RLC circuit and its associated electrical behavior. The second-order differential equation describing the voltage distribution in the circuit is derived using Kirchoff’s laws.

Finally, an underdamped series RLC circuit can exhibit resonance. If you calculate the total impedance in terms of Ohm’s law, you’ll find there is a particular frequency where the current in the circuit is maximized because the impedance is minimized. This then affects the power distribution throughout the circuit, and it’s worth comparing series and parallel circuits. The resonant frequency is:

In some ways, a parallel RLC circuit behaves in the opposite manner as a series RLC circuit. In particular, the parallel circuit has an anti-resonance, where the impedance is maximized rather than minimized. However, at anti-resonance, the same power dissipation is observed in both types of circuits. The parallel circuit is more commonly observed in RF applications as an amplifier circuit, oscillator, filter, or matching network, while the series version is more important in describing parasitics. In addition to parasitics, series RLC circuits are still used in many important areas.

A series RLC circuit may be present in an integrated circuit or on a PCB layout. Some practical areas in a PCB layout include:

Although these applications are most likely to be familiar to many designers, there are many other areas where series RLC behavior occurs. This behavior arises in other portions of an integrated circuit or PCB layout due to parasitics in the system. These unintentional circuit elements play desirable and undesirable roles in electrical behavior, depending on the frequency range and application.

Parasitic elements are not real circuits, but the language and concepts of RLC circuits are normally used to help describe the behavior of signals that interact with parasitics in real circuits and PCB layouts. In today’s advanced PCB designs, series RLC circuit behavior and resonances arise in two principle areas:

When the above two areas are taken together, we can construct a standard model describing PDN impedance. This model places multiple series RLC circuits in parallel between the VRM output and the load component. This type of model can be examined with standard SPICE simulators and used to determine appropriate decoupling capacitor values to reduce supply rail collapse on a PDN. 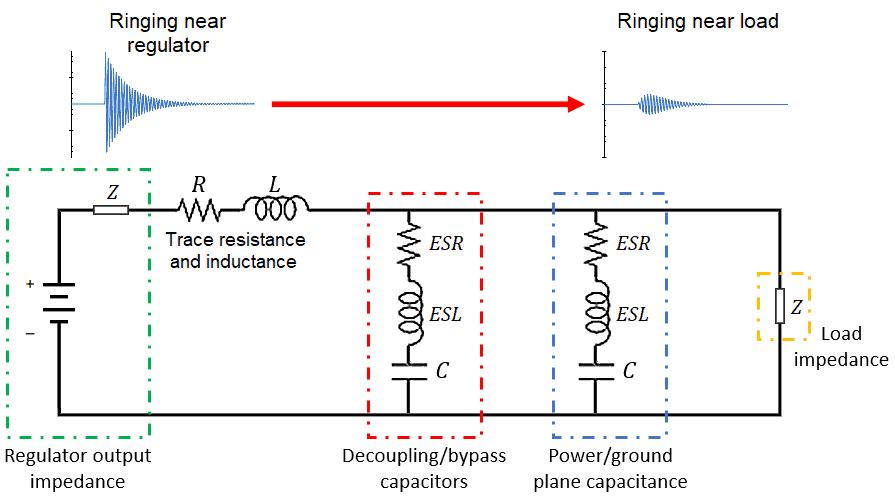 When your design software includes an integrated electromagnetic field solver, you can easily extract parasitic circuit elements in your layout. This can be done by direct calculation from the electromagnetic field from numeric field solver results. You can then incorporate these parasitic elements into your parallel and series RLC circuits as part of circuit design and optimization.

When you need to create circuits and models with series RLC circuit behavior and networks, you need to use the right PCB design and analysis software that includes schematic design and capture utilities. The design tools in Allegro PCB Designer from Cadence give you a complete set of PCB layout features with a full suite of analysis tools for post-layout simulation and parasitic extraction. Try this unique toolset when you need to design reliable PCBs for advanced applications.