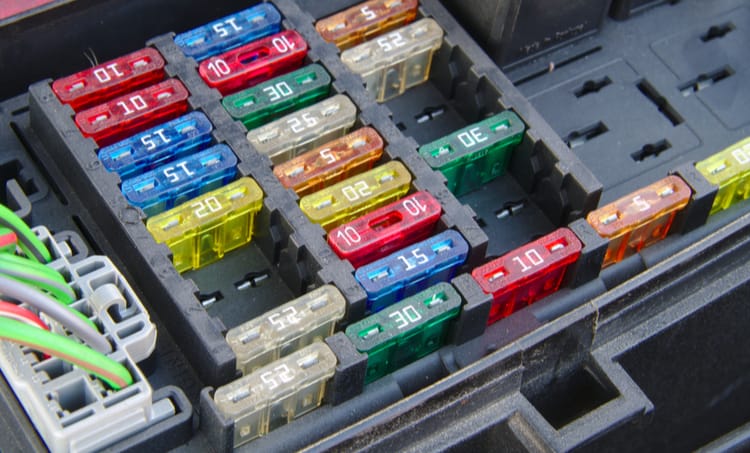 I’m used to staring at a 24” monitor, despite working from a laptop. While the larger screen helps with my deteriorating eyesight, it isn’t all about larger fonts and icons. Having two screens makes work easier, as I don’t have to flip between datasheets and my designs.

However, I was not just content with 2 screens. I decided to buy a new, third monitor along with a display adapter so that I can have three screens, which I thought would be simple to set up. To my surprise, my aging laptop and its limited graphics processing power mean I have to settle with only two screens for the time being.

Occasionally, you can overlook simple concepts and fail to consider crucial factors, just like not considering the limitations of an old graphics card. This is also true when you’re designing with multiple batteries in a circuit. Besides determining the configuration, you’ll need to do some quick calculations on the current and employ some key safety measures. With the information in this guide, you will learn the different ways to safely use multiple batteries in a circuit.

Common Configurations of Multiple Batteries in a Circuit

In practical applications, you’ll often come across these configurations with multiple batteries:

For example, if four batteries with 1.5V each are connected in series, the voltage delivered to the load is 6V. The current that passes through is unaltered and is the rated current for a single battery. 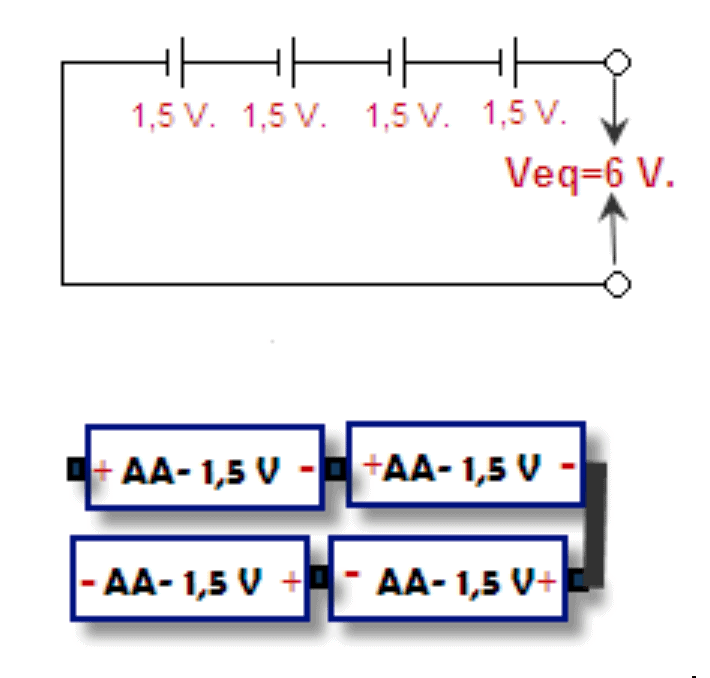 Multiple batteries in a series configuration.

Meanwhile, the parallel battery configuration has the opposite effect. The voltage delivered remains unchanged, but the current is a sum of each battery combined. In a parallel configuration, the positive and negative terminals of the batteries are interconnected as shown in the following diagram. 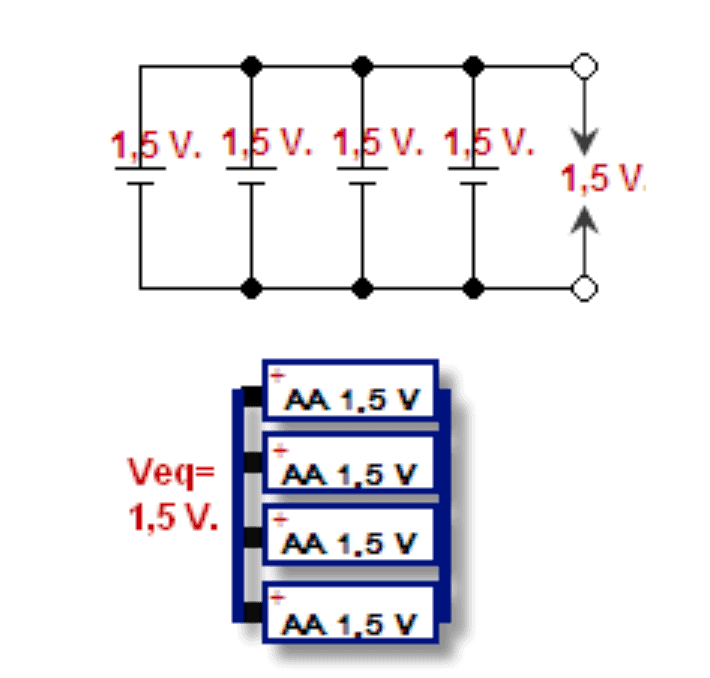 Multiple batteries in a parallel configuration.

If your design requires multiple batteries, chances are every microamp delivered matters. You can’t afford mistakes in estimating the current requirement, which means calculating the current delivered to various components in the circuitry.

In this case, Kirchhoff’s Current Law (KCL) will be handy. The law states that the total current entering a node in the circuit is equal to the sum of current flowing out of it. Using Kirchhoff’s Law, you’ll be able to calculate the current that flows into each subcircuit, which will help determine the capacity and durability of the battery. 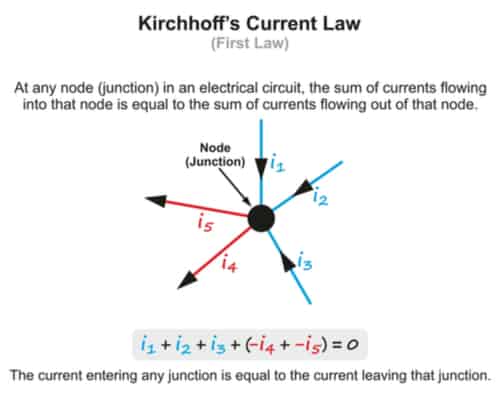 Kirchhoff’s Law holds true even if you’re using complicated configurations that involve series-parallel batteries. It also explains why the circuit may malfunction when one or more batteries deteriorate.

Batteries are the product of chemical-reaction and they deteriorate over time. Rechargeable batteries have a limit on how many charge-recharge cycles they can experience before they lose the ability to hold the rated amount of charge. Some batteries can also be faulty from the start and fail to deliver the rated voltage.

Depending on the configurations and the nature of faults, the circuit will suffer different consequences when batteries go bad. In the series configuration, a faulty battery that produces less than the rated voltage will decrease the sum of the voltage delivered. For example, two 1.5 V batteries will only deliver 2.5V if one of the batteries measures 1V. If the delivered voltage falls below the operating threshold, the circuit could behave abnormally or not operate at all.

A short circuit in batteries is also a concern, particularly in a parallel configuration. A short that occurs in one of the batteries will bypass the load and cause overheating in the other good batteries. Such a condition is a fire hazard. Therefore, precautionary steps like placing temperature sensors, fuses, and battery management devices in the circuit help to avert unwanted incidences.

It’s also helpful to analyze the discharge behavior of different types of batteries with PCB design software. Orcad PSpice designer gives you that flexibility, which can go a long way toward creating an effective circuit design.