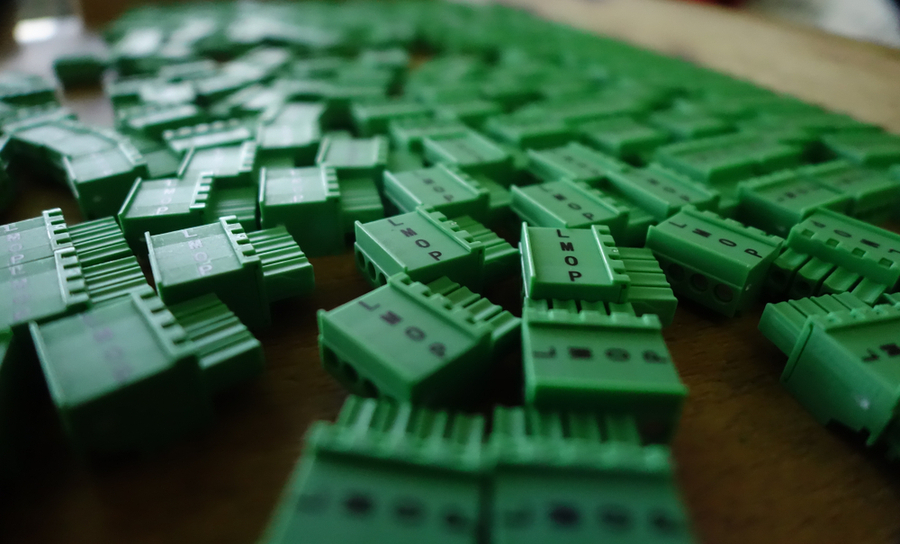 These connectors will create some return loss and insertion loss when used with high speed or high frequency signals.

When introducing friends from unique friend groups to each other, I love to try and play the degrees of separation game with them. Whether it’s finding a coffee shop they both go to, or knowing that they’re both friends with another individual, it’s fun to try and find the connectors between new relationships. I find it fortunate that not every friend belongs to the same hobby or interest.

Electronics in complicated systems, too, are not always confined to a single board and will require some connectors. Conceptually, this allows an interconnect to span between multiple boards, but improperly designed multi-board interconnects incur some connector return loss and insertion loss.

A connector is one of many transmission line elements in a signal path between a transmitter and receiver in a mutli-board system. When discussing interconnects, most designers tend to focus on vias as an inductive impedance discontinuity. In other words, a via in an interconnect acts like an inductor at high frequencies and can create some reflection if not designed properly. However, connectors also behave very similar to their own short transmission lines. They also have their own impedance that determines how signals interact with the connector.

Once a signal reaches an SMD connector pad with wider copper, the per length capacitance in this segment of the trace is larger, which then decreases the characteristic impedance of the trace seen at the connector pad. This capacitive impedance discontinuity causes signal reflection and leads to connector return loss and insertion loss. 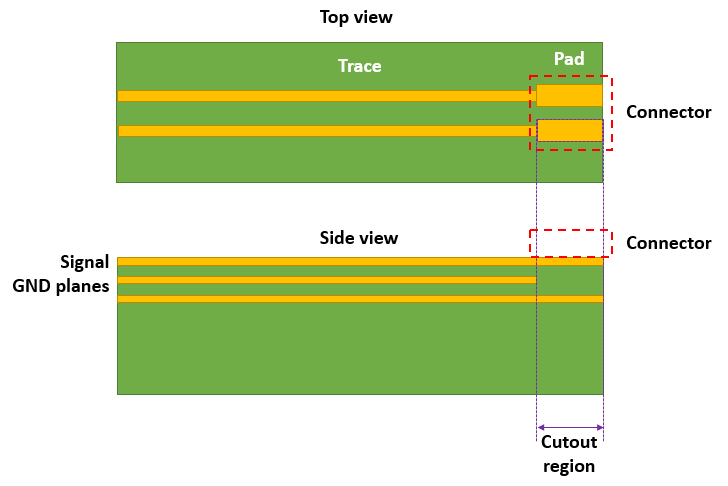 Using just the right cutout size will minimize the impedance mismatch between the trace and the connector. Aside from this simple design choice, you may need to design an impedance matching network for your connector. One example is the use of magnetics for terminating RJ45 connectors in MII/RMII routing.

Other Signal Integrity Problems with Through Hole Connectors

Resonance frequencies of the pin on a through hole connector

There are also resonances that occur along the radial direction at even higher frequencies, although transcendental equation for determining these frequencies is more difficult to evaluate. These radial resonance frequencies are not related to each other by integer or rational number multiples; instead, they are determined by solving a transcendental equation involving cylindrical Bessel and Hankel functions along the wall of the pin. To get a rough estimate of the lowest order radial resonance frequency, just multiply the lowest order axial frequency (found from the above equation) by the aspect ratio of the connector pin.

Note that multiple pins in a through hole connector also act like a set of capacitors in series. Because of the short spacing between pins, as well as their cylindrical geometry, there is strong capacitive and inductive coupling between the pins. The capacitive nature of the pins will dominate at higher frequencies, leading to strong crosstalk between pins.

This issue with resonance and coupling, even in an impedance matched connector, is one reason why surface mount connectors are preferable at high frequencies. Coupling between pins is one reason why the pin arrangement on a high speed or high frequency connector should be arranged with return paths between signal pins. A high speed serial signal pin arrangement is also useful for preventing coupling as this mimics differential signalling, where each inverting/non-inverting signal pair is separated by a ground pin. 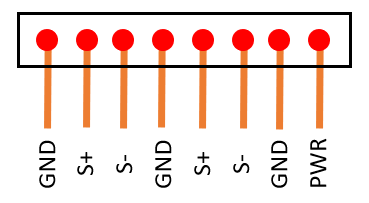 Adding connectors to a circuit takes the right mechanical CAD tools, but you can also analyze connector return loss and insertion loss with the right PCB design and analysis software package. Allegro PCB Designer and Cadence’s full suite of analysis tools make it easy to perform important signal integrity simulations with connectors in your circuits, offering a comprehensive view of their behavior.