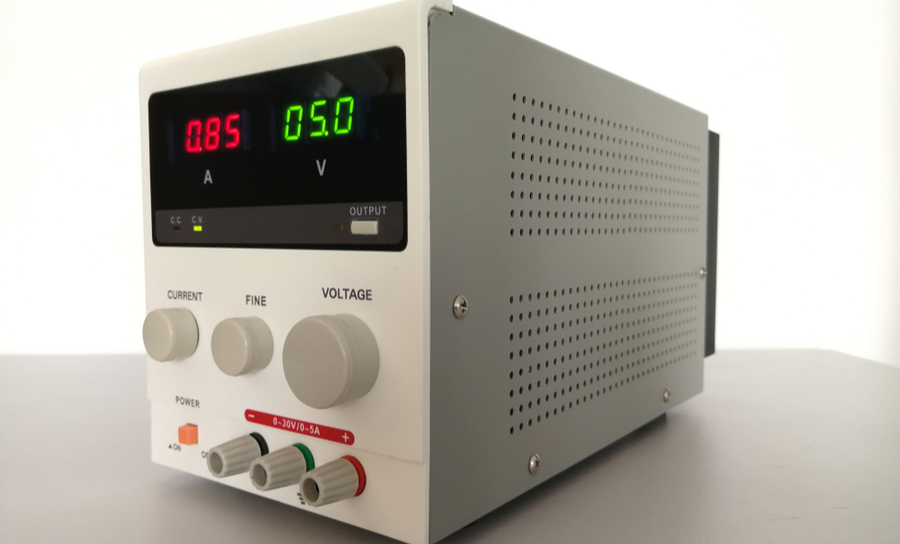 Designing a power supply or regulator for your PCB? You might consider using a forward converter for regulation.

Among the many power regulation methods used in PCBs, switched mode power supplies are useful as they can be configured to be robust against strong ripple. A typical buck-boost switching converter can send switching noise to downstream circuits through the output leads, which has been shown to cause inadvertent switching in digital circuits at high output currents.

If you need low noise DC output from a power supply without having to worry about strong switching noise, a forward converter is a good alternative for moderate power output applications.

In a real transformer, the magnetization in the transformer core needs to switch direction at the same rate as the input voltage/current in order to induce a current in the secondary coil. When the primary current is too large, the magnetic field causes the core to saturate, and magnetic hysteresis will distort the signal that is induced in the secondary coil. This means that the current in the primary coil in a real transformer must be less than the saturation current. This limits the current that can be reliably used in a flyback converter.

The lower output ripple and galvanic isolation between the input and output stages ensures there is less conducted EMI between stages and in the output. When one also considers solving the saturation problem that occurs in a flyback converter, a forward converter is suitable for regulation up to hundreds of Watts.

The circuit diagrams below show a typical flyback converter and forward converter. Note the polarity of the transformers on the input and output sides; the primary and secondary windings transformer have the same winding direction in order to ensure the currents have the same polarity, and a ratio of N:1 (primary:secondary) is normally used to analyze this circuit. The PWM signal is applied to the gate on Q1. 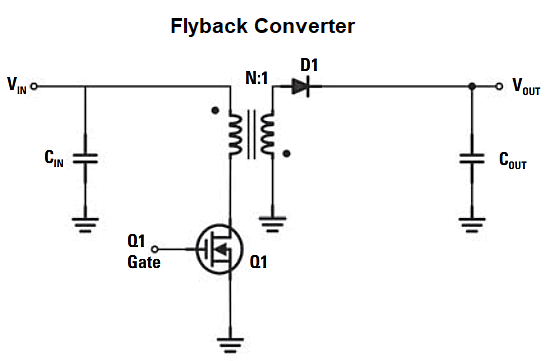 Regulation with PWM in a Forward Converter

Regulation in a forward converter is achieved by applying a PWM signal to the gate of a transistor (normally a MOSFET) on the input side of the converter. The topology is similar to that in a flyback converter, although there is an additional diode and inductor on the output side, as well as the use of a three-winding transformer versus a two-winding transformer. Compared to a bust-boost switching regulator, a forward converter takes advantage of a transformer for galvanic isolation to suppress conducted EMI from propagating to the output side of the converter. 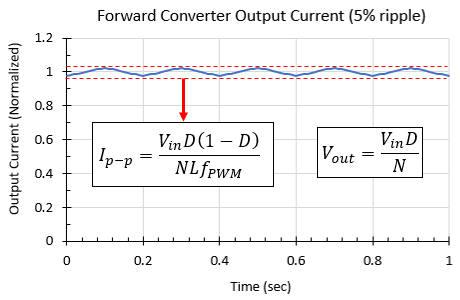 The primary simulations involved in analyzing a forward converter are time-domain simulations with a PWM signal. You’ll need to construct a PWM waveform and connect this to the gate on the MOSFET in your forward converter. You’ll also need to construct an input voltage with a superimposed ripple waveform if you want to compare the input and output peak-to-peak voltage/current fluctuations. Using a DC sweep allows you to examine power conversion efficiency and determine when the output starts to behave like a highly nonlinear circuit.

Transient analysis is also critical for examining the effectiveness of your PWM frequency you use. The transient response time will be a limiting factor that determines the switching frequency you can use. Normally, you would reduce the transient response time (equal to the RC time constant from the capacitor and load resistance) by using a smaller capacitor across the output, but this causes greater ripple to be seen on the output. One option is to use a lower PWM frequency and add filtration on the output to suppress residual switching noise and PWM ripple.

You can reach even higher power efficiencies with similar performance in other areas by using an active-clamp forward converter. This design only requires a two-winding transformers, but it forces transformer reset with multiple FETs on the input and output sides of the converter. A circuit diagram for this converter is shown below. 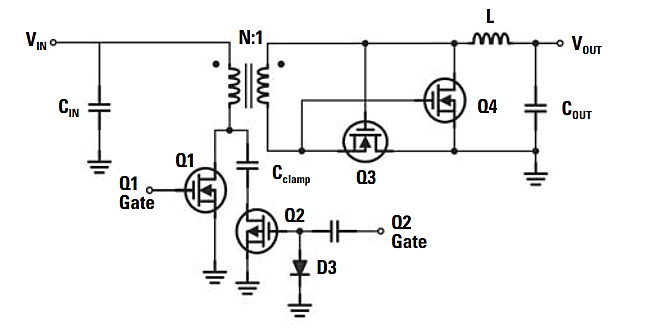 Power conditioning circuits require careful design and analysis prior to layout on a PCB, and you can easily import your design data in SPICE simulations using the OrCAD PSpice Simulator from Cadence. You’ll then be able to connect your forward converter circuit to a downstream circuit, giving you a full view of the behavior of your system and its response to noise in complex PCB designs.