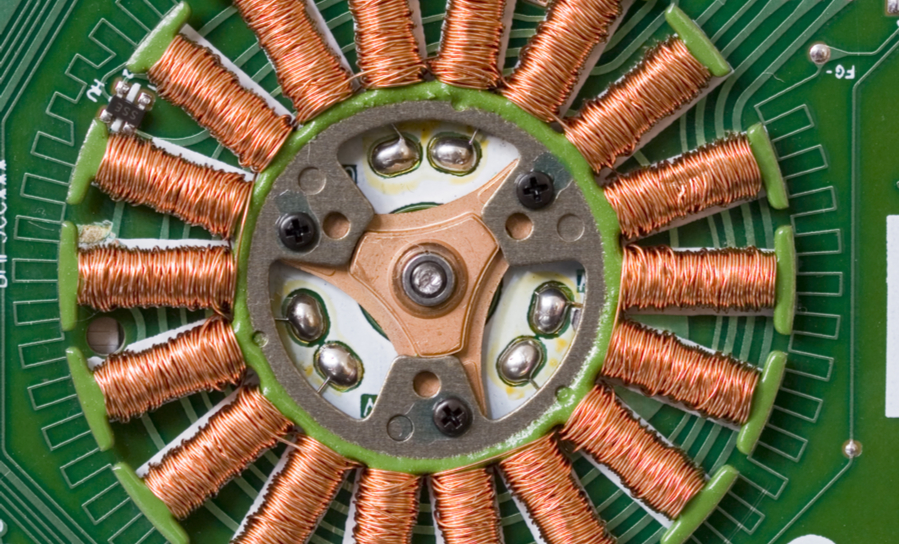 It wasn’t until I started designing an effects box for my music studio that I was forced to dive head-first into pulse width modulation (PWM) applications. While it can be used to produce very interesting effects in a synthesizer, it has plenty of other uses that may not be obvious to someone who is not an electronics guru.

You can make a simple pulse wave modulation generator with a 555 or 7555 timer, or with a microcontroller. You can also generate a PWM signal with astable multivibrator, or with a triangle wave generator and a comparator. You will need to modulate either a varistor or the input voltage to control the duty cycle of your pulse width modulation signal.

In the realm of power supplies, pulse width modulation is used to control the rate at which a transistor switches in a switching regulator as part of the regulation feedback loop. Pulse width modulation is used to set the duty cycle for a square wave, and this modulated series of pulses is used to control the switching rate. This will either step up (boost mode) or step down (buck mode) the output voltage from the power supply. 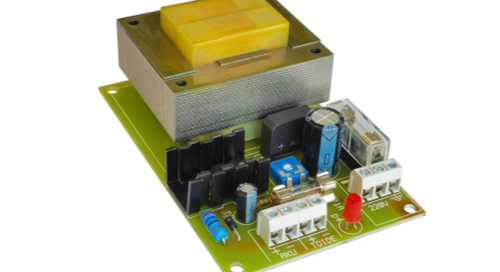 Power supply components on a PCB

Fans used for thermal regulation in electronic systems and motors also use pulse width modulation to control their rotation rate, as well as for acceleration or deceleration. When working with motors, your pulse width modulation signal should have a sloped rise time in order to prevent the motor from producing a clicking sound as they are driven.

Some Layout Guidelines for PCBs with Pulse Width Modulation

One important point to note when designing a PCB for use in pulse width modulation applications relates to crosstalk and radiated EMI. Some designers think of high speed circuits as being related to the rate at which a signal switches from ON to OFF. If this were correct, this would mean that the traces and components carrying pulse width modulation signals transition from high speed to low speed as the duty cycle changes. Unfortunately, this is not correct.

High speed digital signals are classified based on the rise time of the signal, not the amount of time the signal remains in the ON or OFF state. The rise time of the pulse width modulation signal does not change with duty cycle and instead depends on the logic family used in the system. The TTL logic family is widely regarded as a high speed signalling family, thus you will need to keep high speed design rules in mind when laying out your board.

Ensure that traces are terminated or impedance controlled throughout your board, and try to keep trace lengths as short as possible to avoid transmission line effects when working with high frequency signals and high speed signals. In the case where the use of long transmission lines is unavoidable, you may want to shield low level traces from the trace carrying the pulse width modulation signal. Alternatively, you can route sensitive digital signals in an interior layer in stripline configuration. Another option is to route sensitive digital signals as differential pairs if possible.

As PCBs that use pulse width modulation may also have some analog elements (e.g., motors and power inverters), it is important to separate analog and digital components into different sections of the board. Digital components are relatively immune to signals induced from low current analog signals, but the reverse is not true. Separating your board into digital and analog sections is just one mixed-signal design technique you will need to implement in these systems. 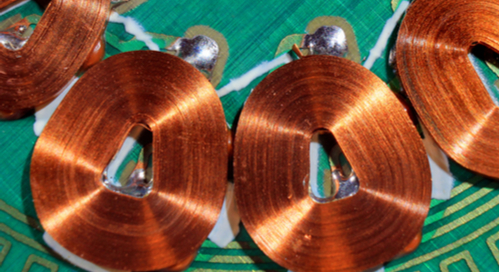 Copper coils in a brushless motor

If you’re working with a motor or switching regulator, pay attention to conducted or radiated EMI creating interference in nearby traces. EMI from the regulator in a switching power supply can be strong enough to interfere with nearby digital circuits when the supply outputs high current. Inductive motors driven with pulse width modulation can induce common-mode noise via conducted EMI into nearby circuits, which may affect your EMC rating.

Reducing radiated EMI requires using techniques such as shielding, guard traces, or simple chassis grounding around the EMI-generating system to prevent radiation from reaching digital traces. Traces near the source of radiated EMI can also be shielded using a ground plane rather than a shielding can. One simple method for reducing conducted EMI involves placing a capacitor across the output terminals of the aggressor device; this capacitor should be placed as close as possible to the terminals.