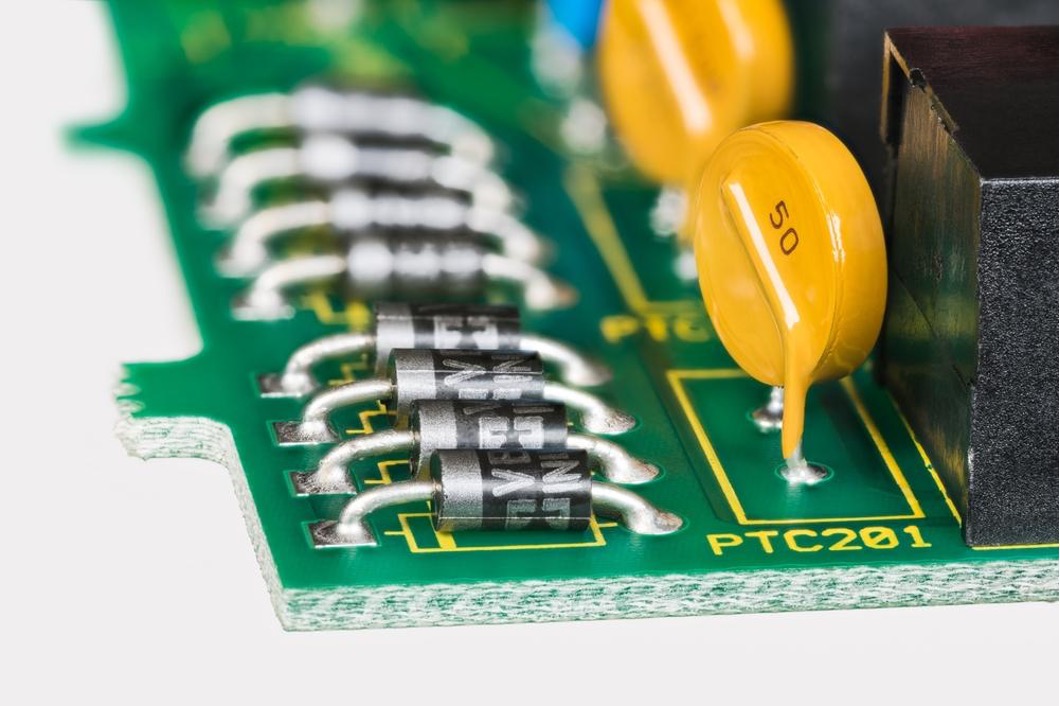 The diodes shown in the above image are key to operating the most common type of voltage regulator circuit you’ll find in a power converter. These provide a core function in power regulators: rectification. This action converts an oscillating (or switching) current into a DC current with some ripple, which can then be filtered and provided to load components in the system. Switching regulators that use a diode as the rectifying element are known as nonsynchronous converters.

The image below shows two types of power regulator circuits: synchronous and nonsynchronous buck converters. Note that other topologies, such as buck-boost, boost, flyback, etc., can be constructed as synchronous converters simply by replacing any rectifying element in the system with a transistor. 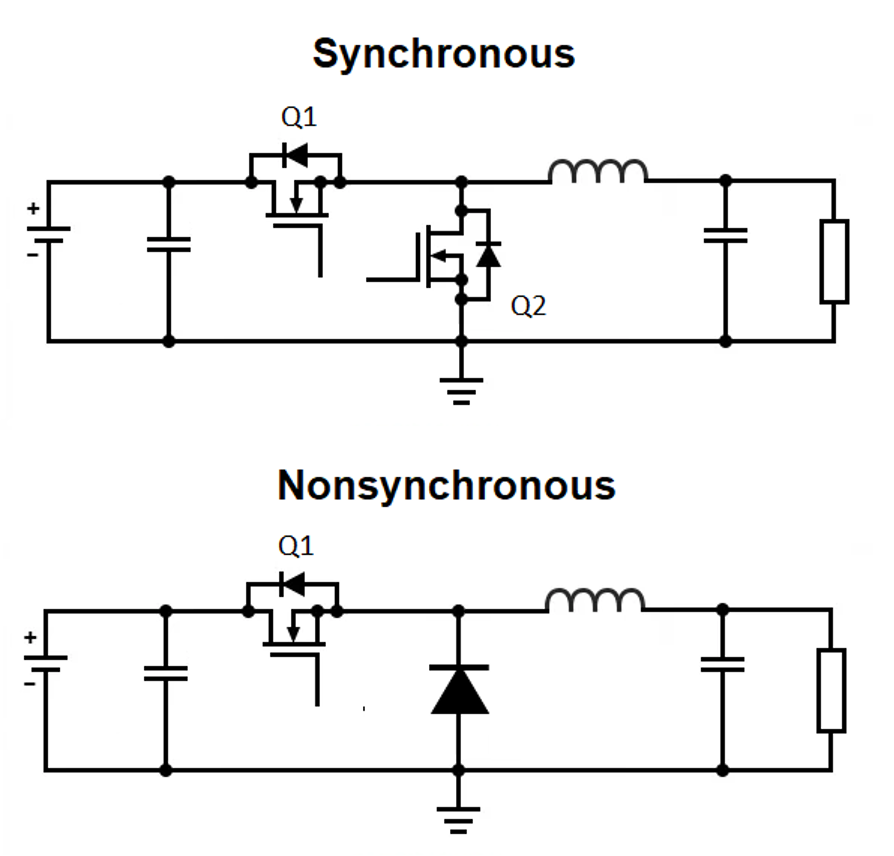 Clearly, these two types of circuits are very similar, so how do they differ in terms of their capabilities and operating characteristics? The table below highlights differences in a few important operational areas for each type of converter.

In synchronous operation, the points that matter for successful operation in nonsynchronous converters also apply here. However, switching between the two converters requires enforcing some dead time, otherwise there will be a momentary short circuit when the ON state switches from the high-side to the low-side. This occurs because the switching waveform does not switch between HIGH and LOW states instantaneously. Instead, the edge rates can slightly overlap. Typical waveforms seen in these converters are shown below. 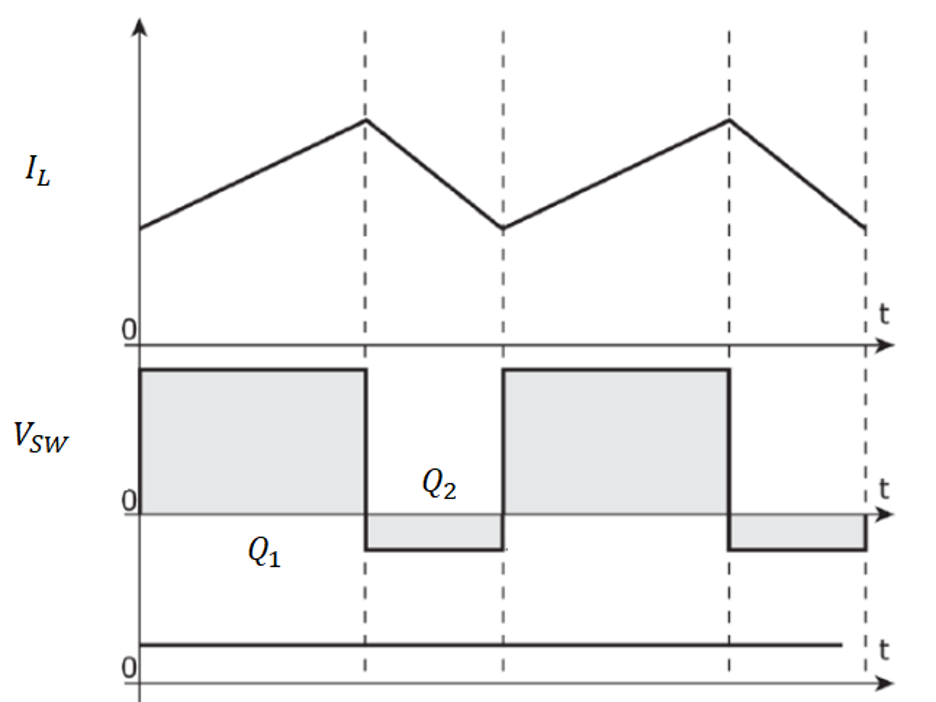 Switching waveforms and inductor current example in a synchronous converter.

Any time you want to simulate a switching regulator in SPICE, the regulator must have correct models that accurately capture the electrical behavior of the components. For the diode in a nonsynchronous converter, the main point in the model that must be included in a simulation is the forward voltage of the diode, which will limit the efficiency of the converter to some maximum value. Although this is something you would find in a datasheet, you can usually adjust this value in your generic diode model in your SPICE simulator.

For the synchronous converter, the simulation will need to have complete MOSFET models that accurately capture three important quantities:

The simulation will need to include these MOSFET characteristics in order to fully capture the effects of switching action on ringing at the switching node when the converter is in the continuous mode. This ringing would then be observed with a voltage probe at the switching node in a transient analysis simulation. Ultimately, the goal in these simulations is to identify the operating mode and the conversion efficiency, as well as any noise that would be conducted to the load.

When you’re ready to compare synchronous vs. nonsynchronous DC/DC converters for your system, you can design and simulate your circuits with the simulation tools in PSpice from Cadence. PSpice users can access a powerful SPICE simulator as well as specialty design capabilities like model creation, graphing and analysis tools, and much more.