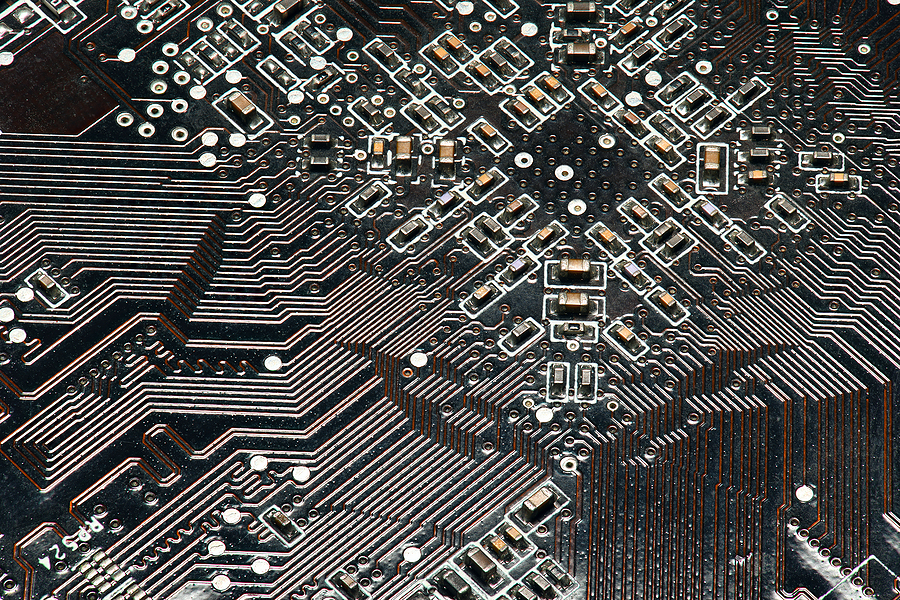 ADCs function under a simple concept: convert an incoming waveform into a digital approximation. In some analog systems, there are simply so many traces allocated to the analog interface, the digital I/Os, and configuration pins that the ADC circuit starts to look a lot like the above image. When you have multiple analog signals to acquire, a typical approach would be to use a multichannel ADC, which can drive the type of density shown above.

The alternative approach is to use multiple, smaller ADCs dedicated to each signal, or to a group of signals. Although the design trend with many products has consistently moved towards increased density, there are benefits to lowering densities and using multiple ADCs to acquire multiple signals. We’ll outline some of the benefits in this article.

Many ADCs have multiple analog inputs in their pin arrangement, which allows sampling of multiple analog signals on a single interface. The alternative approach is to use multiple ADCs and attempt to synchronize their data streams if required. The table below outlines what designers can expect in their systems with both approaches.

When using multiple ADCs are used, there are some advantages that stem from the

Configurability - The most important advantage of using multiple ADCs is their configurability. Each ADC can be configured totally independently, and this spans into signal conditioning on the analog front-end before signal acquisition. This means a designer can easily set multiple independent references, gain values, dynamic range values, and filtering strategies to eliminate or control noise.

Synchronization - These components could have no synchronization enforced if desired, i.e., totally asynchronous sampling. This eliminates the need for system clock distribution, something which can involve clock routing difficulties if there are many ADCs spread around the PCB. If the system’s processor is the system clock generator, then it can be used to synchronize multiple ADCs, basically mimicking simultaneous sampling in a multichannel ADC.

Thermal control - All ADCs can exhibit some thermal drift in their operating characteristics, particularly if they use an internal precision reference. Using separate ADCs allows higher precision referencing to be applied to problematic ADCs as needed. It’s also possible to target different ADCs with different cooling strategies, rather than overdesigning a system-level cooling approach.

There are some important advantages of multichannel ADCs that have made these components the standard approach when interfacing with multiple analog signals.

Timing - The timing mechanism that can be implemented with a multichannel ADC is simple. The two standard options are simultaneous sampling, where all channels are sampled simultaneously, or interleaved, where channels are sampled in succession. Interleaved sampling is comparably difficult to implement in multiple ADCs due to the requirement for precisely phase matched system clock distribution, and there is essentially no point to doing this in a multichannel ADC.

Similar signals - Probably the biggest advantage is these components can have a very simple implementation when the system needs to acquire signals with the same characteristics. For example, when sampling multiple signals that have similar gain, RMS noise, frequency content/bandwidth, dynamic range, and required resolution, it’s easy to place and configure these components.

The disadvantages of multichannel ADCs relate to crosstalk and configurability. Regarding crosstalk, the analog interfaces on multichannel ADCs tend to line up on the same side of the component; the result is that high frequency signals can easily interfere with each other during simultaneous sampling. 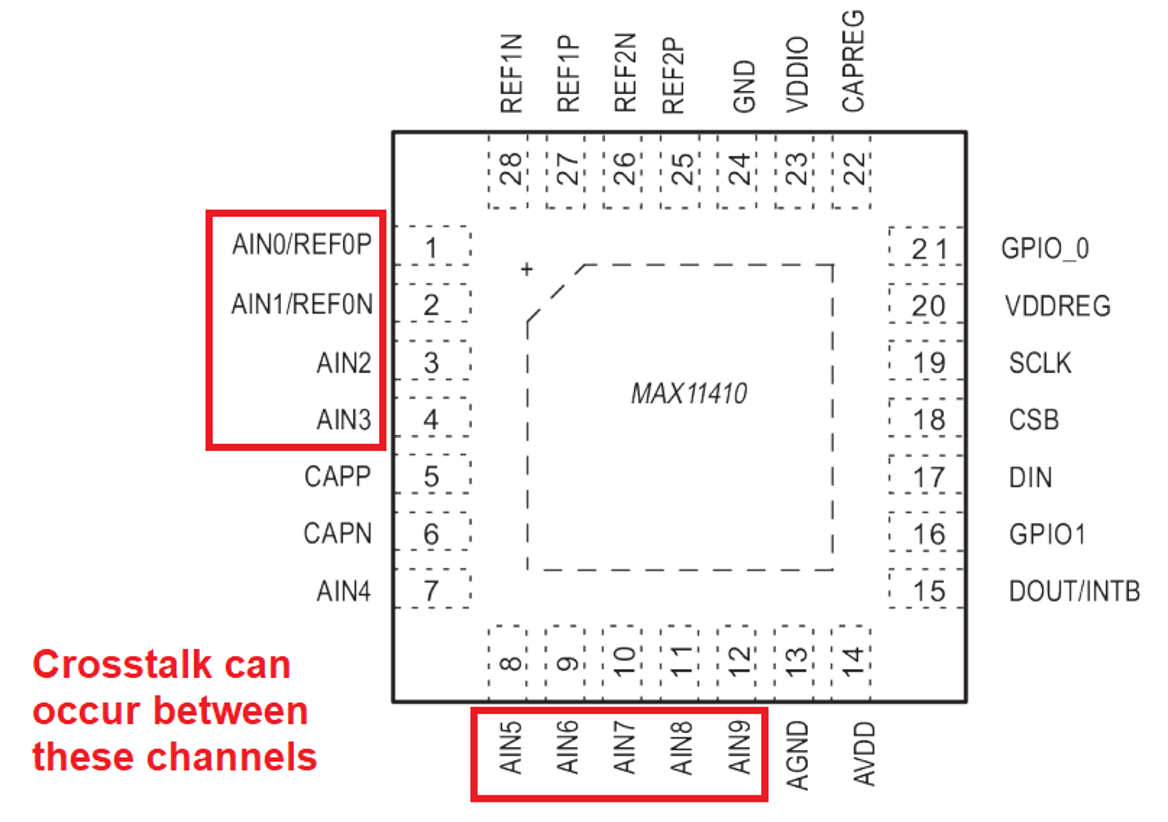 Regarding configurability, multichannel ADCs may not offer different referencing, gain, resolution, or sample rate configuration independently across all channels. This means a more complex component is needed if significantly different signals are to be sampled. The configuration difficulty then also stems back to the system firmware developer, who must implement a configuration routine that tracks each channel independently.

To summarize, there are several instances where multiple ADCs would be preferred over a multichannel ADC.

In the case where you want to use a multichannel ADC to acquire different types of signals with the same component, the circuitry you need to build around a multichannel ADC can become very complex. Making the supporting circuitry for a multichannel ADC still does not relieve the associated noise, crosstalk, and thermal challenges, although it does keep the system size small. Consider all of these points when you need to design an analog interface for signal acquisition.

Whenever you need to design and place ADCs to support mixed-signal systems PCB thermal management elements in your layout, use the high-quality design features you need in OrCAD from Cadence. OrCAD includes the industry’s best PCB design and analysis software, complete with a set of schematic capture features, mixed-signal simulations in PSpice, and powerful CAD features, and much more.