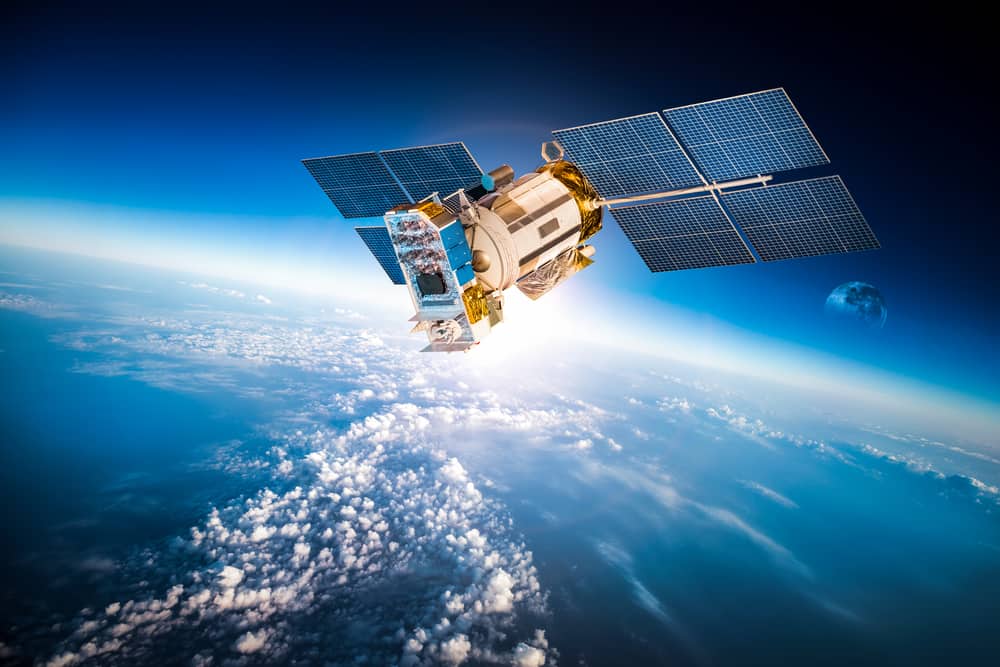 Currently, there is a rapid increase in the number of satellite applications in the fields of television, broadcasting, internet services, earth observation, and remote sensing. Satellite communication is crucial in military applications as well as in the study of weather and other atmospheric conditions.

The proliferation of satellite applications has contributed to spectrum congestion, which is a major constraint limiting further satellite deployment in these bands. The frequency spectrum bands with the highest usage are the C and Ku bands. Since the lower satellite frequency bands are crowded, Ka-band communication has gained popularity. Satellite applications utilizing Ka-bands have several advantages over traditional C and Ku bands.

How Does Satellite Communication Work?

The selection of carrier frequencies in satellite communication is of great importance. A low-frequency carrier signal faces challenges while penetrating the ionosphere, whereas a high-frequency carrier encounters an attenuation problem. Attenuation can result from signal amplitude reduction, depolarization of radio waves, or increased thermal noise in the communication system. Even though attenuation due to rain, tropospheric scintillation, or gas absorption can be present in Ka-band satellite communication, it is still favored over other spectrum bands.

Not only does Ka-band communication have adjacent satellite interference problems, but it also has the shortcomings of signal fading due to rain.

Ka-band signals are vulnerable to degradation by rain, clouds, gas, snow, ice, hail, and tropospheric scintillation. The attenuation per unit length is high in Ka-band signals, as the Ka-band has an electromagnetic wave absorption component. Providing additional margin to ensure the availability of the Ka-band communication system under weather conditions is necessary, especially for rain.

Rain attenuation hinders the extensive use of Ka-band communication in tropic regions, so there are several integration techniques employed to retrieve the signal under such atmospheric conditions. The hub-site diversity method, the adaptive coding and modulation method, and the automatic uplink power control method are three techniques that can be used.