Clocks are essential gatekeepers of the digital domain. Setting the pace for all that follows the clock can be a single trace or a partnership of two traces that carry complementary signals. Either way, the function of a clock is to switch from high (a logical 1) to low (0) up and down continuously; on, off, on, off all day long. The signals being controlled by the clock only switch when they are activated by the code meaning that the other signals do not change their state with every cycle of the clock.

The obvious example comes to mind because it interrupts every TV show or conversation that happens in my living room. 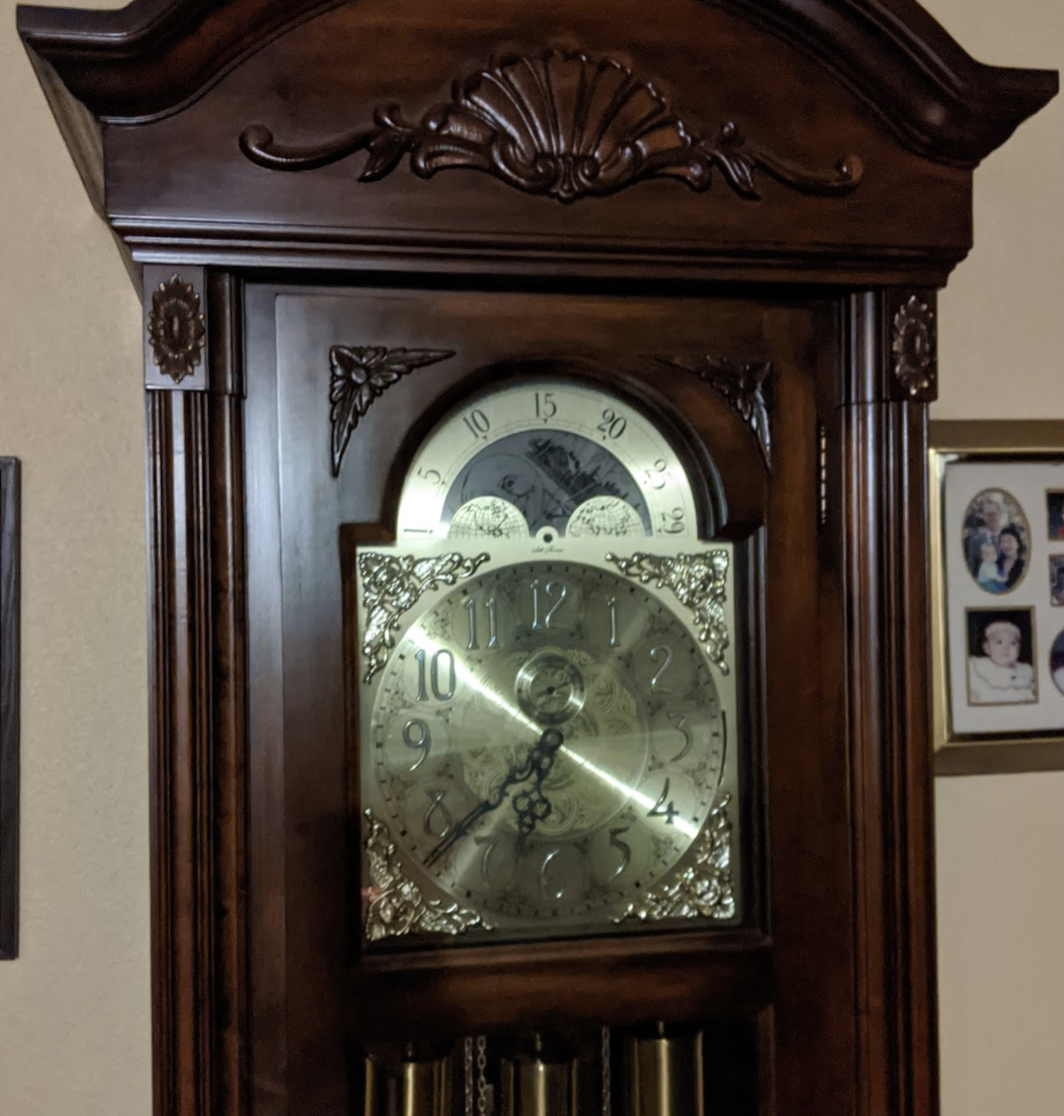 I’ll break it down for you. 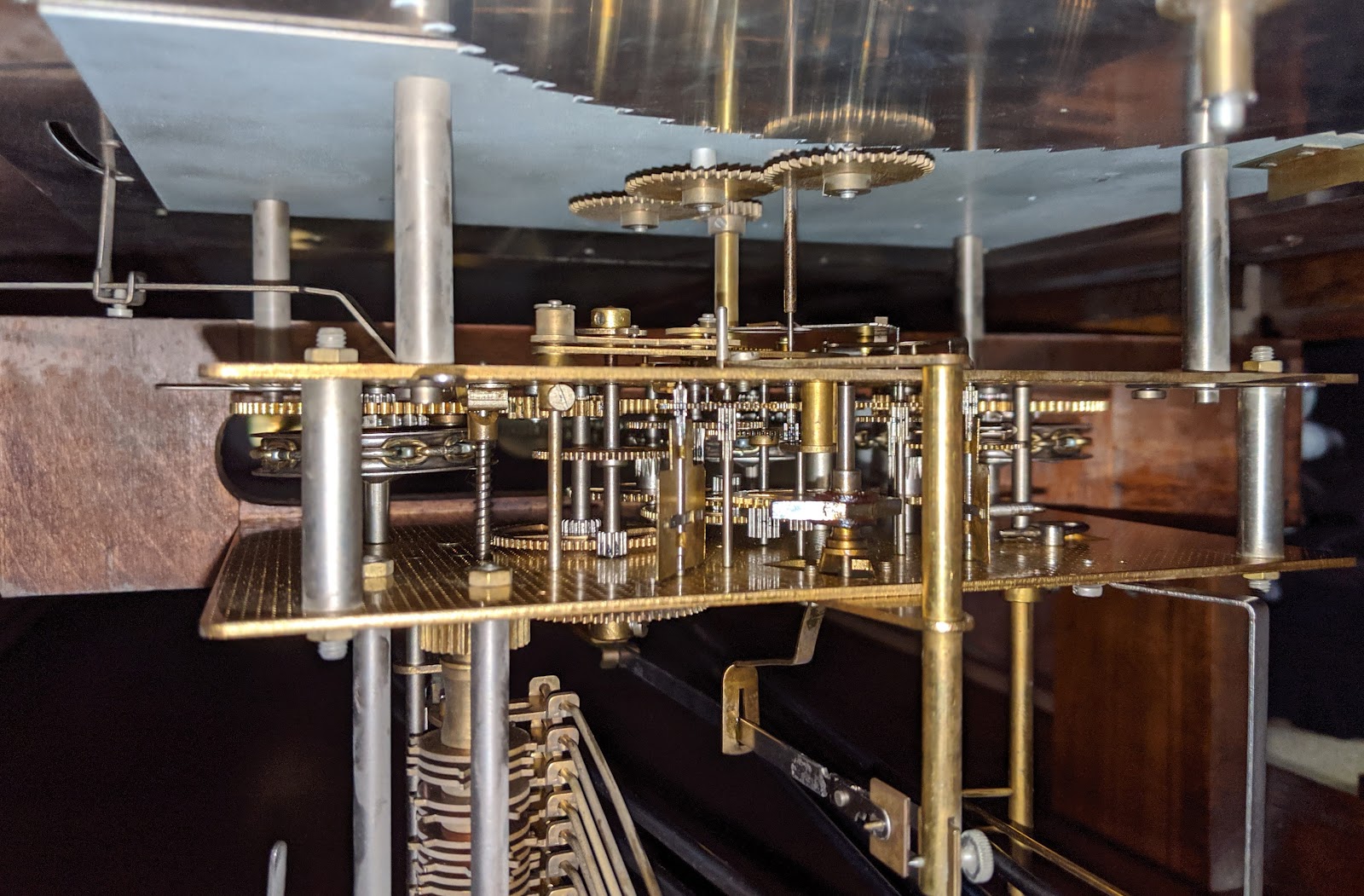 Image Credit: Author - Behind the face, looking down at the clockwork.

Noticeable at the top of the image is the gear reduction (the clockwork that drives the hands) and the lunar cycle rotating on the saw-blade-looking part. Below is the music box with the pendulum hanging from the center bar at the bottom. 40-something years ago, this was technology for the home.

Since the clock is the busiest of the bunch, it stands to reason that it would generate a little buzz in the system. That, by itself, is fine and expected. What is also expected but not so fine is the natural occurrence of cross-coupling where the clock pulses are picked up by a neighboring trace. Giving the noisy trace a little more space helps keep the cross-talk to a minimum. Some traces are more susceptible than others to pick up stray oscillations from a clock signal. If the clock is a bad neighbor, then increasing the air-gap around the trace is desirable.

Every design will have a victim/aggressor dynamic. Some will have lots of potential encounters. It is something to be aware of in a simple design and something you want to document in a medium or larger design. By using the word “document”, I refer to the constraint manager and the ability to select certain types of nets and apply as many rules as it takes to define the system’s acceptable parameters.

A clock would be worthless without some companions. Data is usually a good bet to follow a clock. There are all the acronyms available at your disposal. PCIe, WiFi, SPI, MIPI, and USB to name a few; they all have their own clock. They will vary in terms of edge rates and how finely the group should be matched in length - if at all. That, you will have to find out for yourself. Since the easiest way is to do it right the first time, it helps to learn what you can about whatever bus you are, ahem, driving. 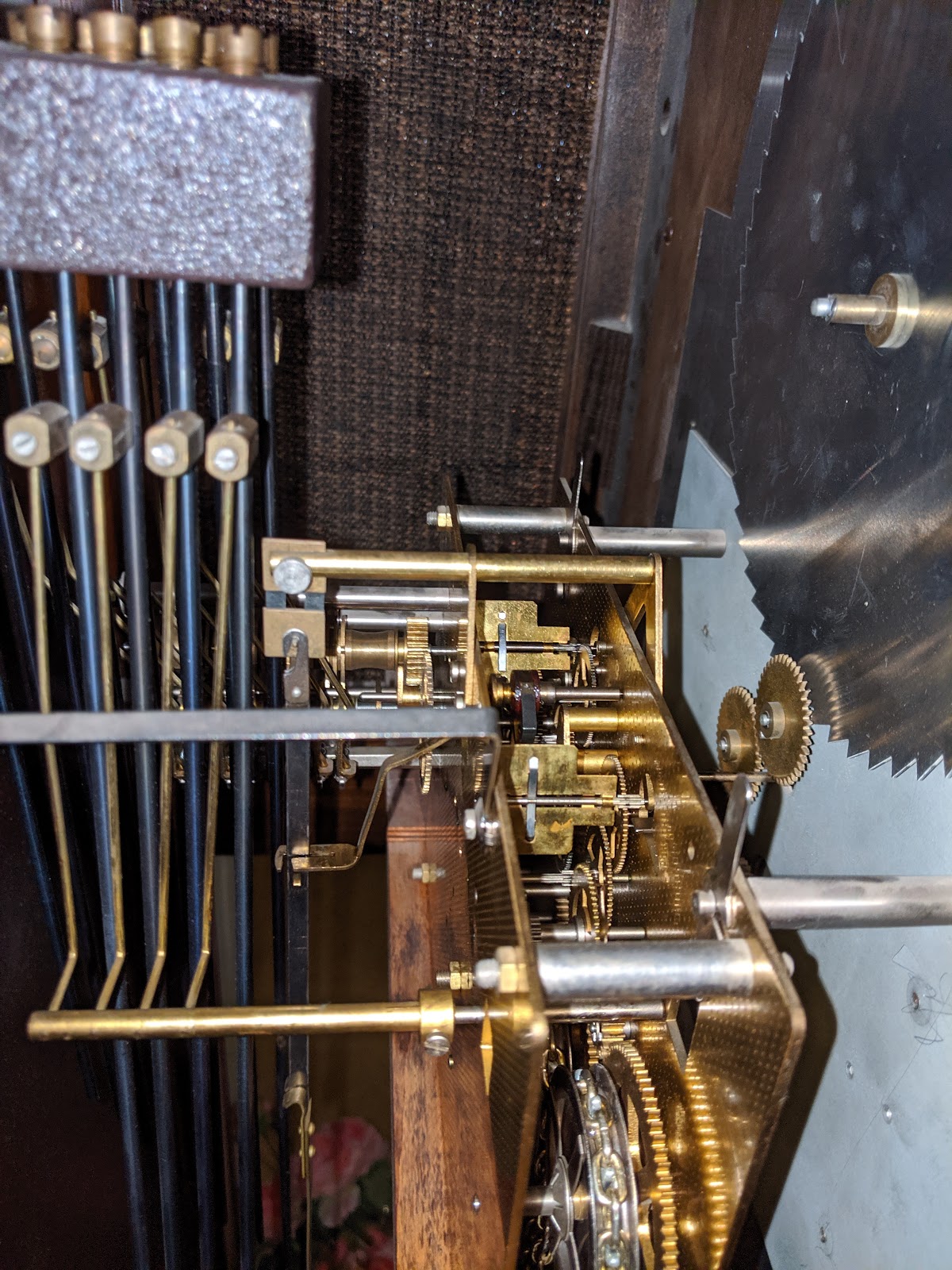 Yeah, this is great stuff because it allows a 2X increase in DRAM (volatile memory) performance without doubling the clock rate. Breakthroughs don’t come along every day. We need advancement in technology of this magnitude every other year or so to keep the whole thing going. Using the rising and falling edge of the clock’s pulses to sweep the memory registers more efficiently so is here to stay for now.

Routing DDR (pick a number) comes down to knowing which data lines are associated with which clock and which address lines go with a particular strobe. The bypass capacitors are vital in terms of their placement. When all of the registers slam to zero, it’s the caps that pour out a surge of voltage in that instant. They keep the system from freezing up. This is probably more true with mobile devices where power is at a premium.

Crystals are a standard part of a typical microcontroller with anything wireless. Even when there is an on-board clock, the ability to have options is provided for better devices. There are set-value crystals and others with a bit of variability on hand called VCXOs. It is natural for the frequency of a crystal to change over temperature. TCXO or Temperature Compensated crystals have built-in compensation circuitry to keep them on track. Another type is an OCXO or Oven Controlled eXternal Oscillator which is a level above the TCXO in terms of linearity at higher temperatures.

Implementing crystals is usually straightforward. They are placed next to the XO pins of the device and routed through a couple of passive components with short lines. When the layout does not afford a nearby placement, then extra care should be taken to create a guard rail around the traces between the crystal and the IC it is driving. If you happen to flood the outer layer with ground pour (and you probably should) then a slot around the three exposed edges of the crystal will help prevent the noise from going where it should not go.

The crystals ring at a fundamental tone maybe 10-20 MHz and there will be peaks on the spectrum from harmonics of the fundamental frequency. This kind of electromagnetic radiation can cause a product to fail the FCC tests for noise emission and immunity. Doing anything other than an ideal layout for the oscillator(s) should be tightly engineered to contain the EMI. 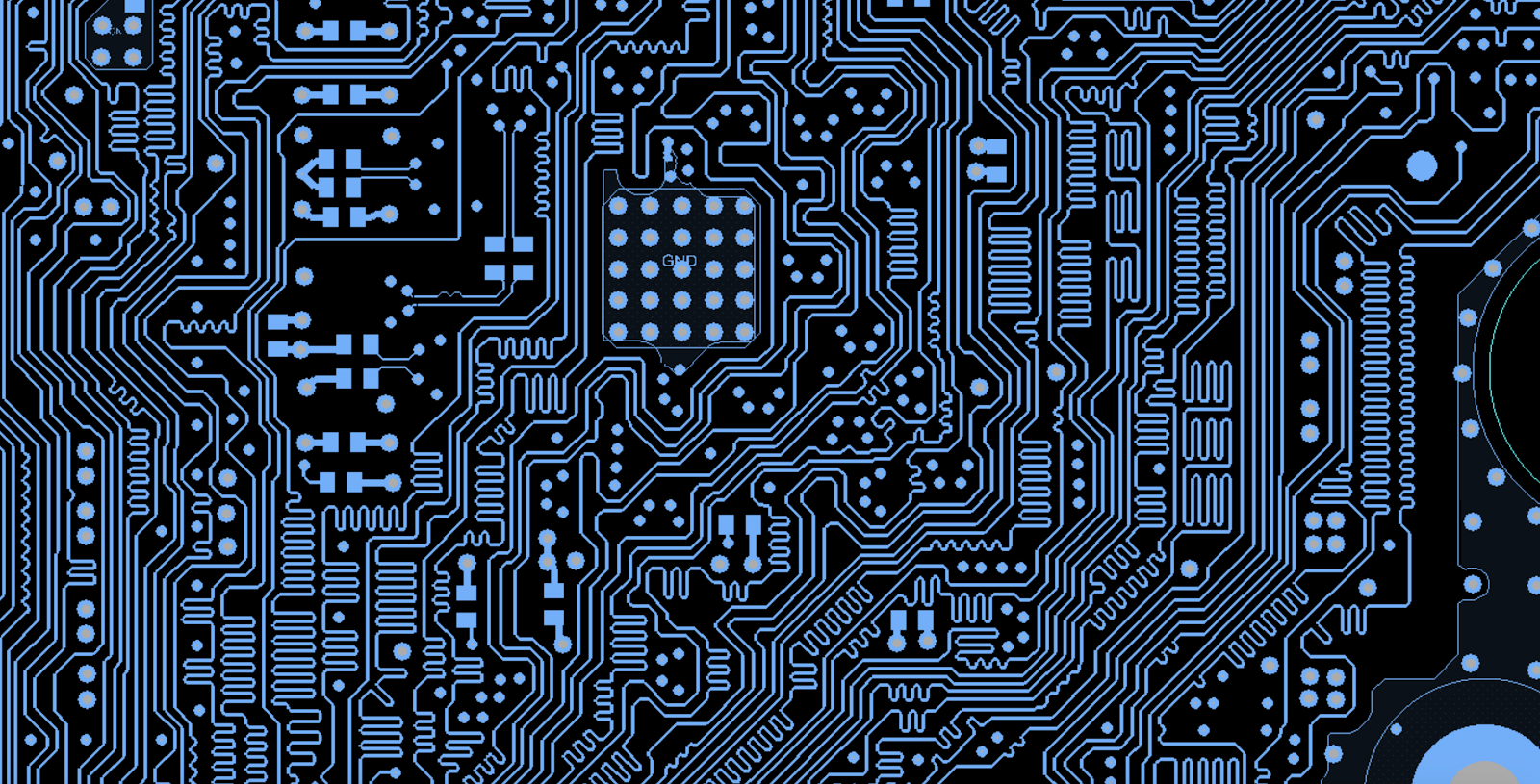 Image Credit: Author - Some busses have many members; others, not so much.

Keeping the impedance mismatches to a minimum and giving the CLK nets high priority when it comes to routing obstacles are the basic requirements. Shielding sensitive lines away from the all-night party is a step in the right direction. Aligning the signals so that everything happens with perfect synchronicity is the fun and rewarding part. Getting done on time? That is also up to you.