Remote access and control of various devices use familiar technology under the IoT umbrella.

So, this is the future? Where’s my flying car? Before getting to that, a little background. It was the year 2012 heading into ‘13 and my employer began using IoT as a catchphrase. Nobody knew where it would lead. One potential use case would be your refrigerator texting you when you were getting low on milk. That dream is still out there with the above-mentioned aeromobile. At least, we got rideshare and micro-mobility.

RFID, Remote Sensing for Inventory Tracking and Beyond

The Internet of Things has taken many forms in the physical world. People who take cruises on the Princess line end up with a tracker “medallion” that pinpoints their location so that, for instance, a beverage can be delivered to their poolside lounge chair. As a back-up plan, my latest pair of running shoes also have an app that will keep track of my steps.

These two items have something in common. There is a coil of wire that activates a remote sensor once the two items are in proximity with their host device. The door on my stateroom would magically unlock while I was still about three steps away. That dovetails into the range of the internet of shoes as far as the iPhone app is concerned. Our work badges also use this technology though the coil is much smaller, decreasing the range of the reader.

The original use case for Radio Frequency Identification (RFID) was to simplify shipping, receiving and storing inventory with RFID tags affixed to packages. Items pass by on a conveyor belt and are registered as they are put into a delivery truck. It’s not so different from a barcode scanner. A small piece of information, basically a URL, uniquely identifies each object. That information is compiled in a database somewhere to be analyzed for whatever purpose is required.

Near Field Communications: Reach Out And Scan Someone

Security has to be an issue with any wireless protocol. Thus, the range of the credit card version is just a few centimeters. This part of the transaction delivers the same level of data as those old machines that relied on credit cards with the numbers embossed so that they stood out to be transferred by something called carbon paper. You kids should look it up.

Near Field Communications (NFC) is the radio of choice for retrieving our personal information and other sensitive subjects on the go. One part of the link remains passive while the active side supplies power to it in much the same way as a wireless battery charger energizes a phone’s battery. Sometimes, we don’t get the phone exactly on the ring and little to no charging happens.

Knowing where the NFC antenna is on the device is helpful if we want to align with the reader at the point of sale. It’s not always identified but it should be in my opinion. While the NFC antenna can be printed on the PCB, there are also chip antennas. In either case, the matching network can be quite a bit more involved than simple pi pads on the transmission lines. Allocate about double the usual space on the output side of the NFC chip for the passive components. 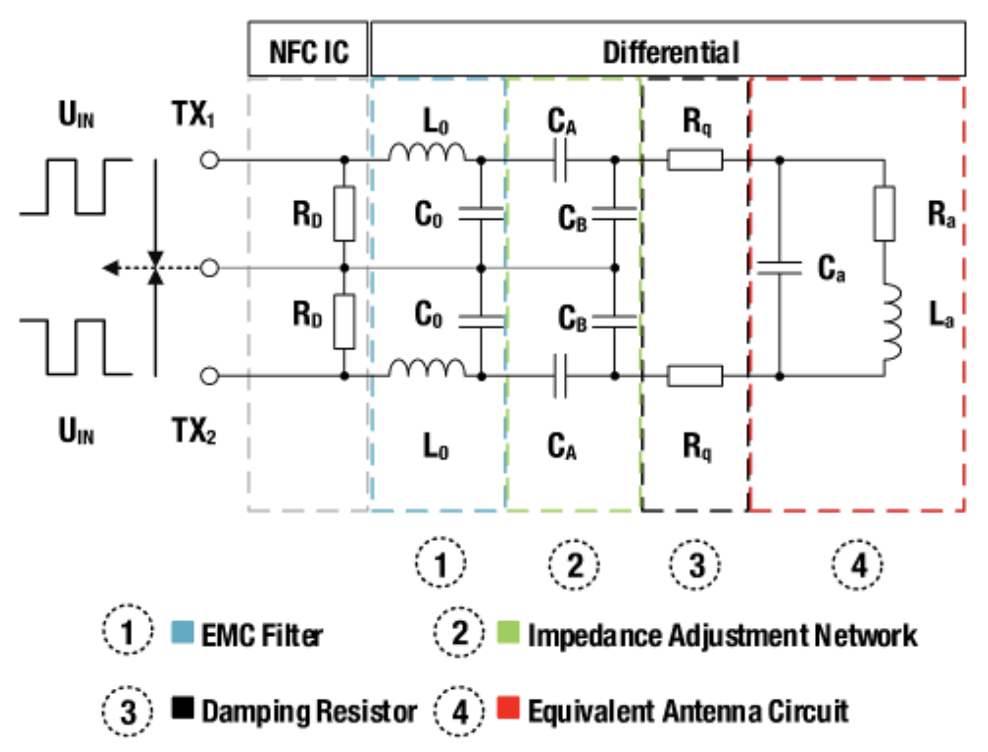 Another stalwart method of connecting ourselves to our things is the Bluetooth specification. The range and data rate are not all that impressive though sufficient to use as a replacement for the wire between your music player and headphones. This doesn’t really qualify as the internet but it is akin to a pico-cellular network.

Bluetooth is often used as a gateway to establish a WiFi connection. This would be done when the bandwidth of Bluetooth is insufficient for the task. This was the basis for a project I had at Google officially called Chromecast Audio but known as (Jimi) Hendrix. The idea was to replace speaker wires with digital audio over the air. It presupposed powered speakers but allowed control by room and device. It was a really neat idea but, apparently, not as neat as Alexa. That was, as you know by now, the smart speaker that Amazon gave the world just ahead of the Chromecast release date.

The team over at Nest had been working on a listening device in the “Home” pipeline and that got put in the sales channel with more fanfare than the “Hendrix” project. Like many of Google's consumer product efforts, the Chromecast Audio devices were taken off the market a few years after launch. The audio dongles remain, however, as a valued item for a subset of audiophiles while they sell for well over the original price. Maybe that’s a win after all.

Almost, by definition, for something to be part of the IoT ecosystem requires it to have an application that we can download to our phones. If you buy an object and you have to download the app and give the thing a name, the IoT in play. My new favorite is one that I named vac-bot. It has a dandy application that promises to use artificial intelligence to clean the floors.

WiFi For When The Internet of Things Gets More Interactive

Basically, vac-bot goes on a mission to map the entire floor plan before it starts working. Armed with the geometry of each room, it can be assigned to vacuum the whole house or just the one room with wall-to-wall carpet. It finds its way using lidar – and a bumper that wraps around the front as a last resort. Reviews of the AI are mixed.

Vac-bot got stuck on one of the legs of a guitar stand the first time around. No idea how long it was struggling on one wheel before I got it off the stand. Did it learn? No. I had to teach it by adding a route keep-out around that spot in my office and another in the living room for good measure.

The base for vac-bot is a WiFi Router, a battery charger, an off-vac dust bin and, likely, a microcontroller. The laser guided vacuum uses batteries, servo motors, WiFi and what I’ll begrudgingly call “machine learning” to perform its task. We can also check the history of where it has been and schedule times for it to work. While it doesn’t need any lights on, I’m not going to let it go by itself any more. Maybe I can get a doorbell that will keep an eye on it.

As for my refrigerator, it does know when it wants a new water filter for the ice maker. Maybe our next one will be connected. Until then, a mild mix of analog and digital technology has taken up residence in our stuff. Wireless connectivity for remote access is one of the hallmarks of IoT technology. Other things will be situationally dependent. Mobility is common but not a given.

GoPro cameras fill out my roster of IoT devices. The system is supported by a few PCBs and a few more flexes. Running into mixed signals is pretty common for an IoT device. The image sensor gathers photons and I try to keep them as pure as possible for Emmy winning stabilization. 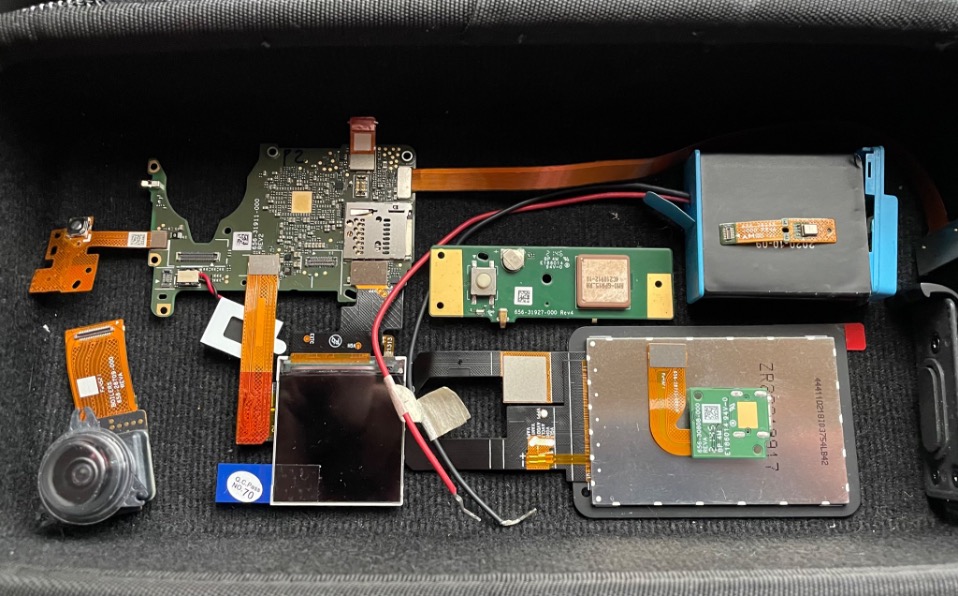 Figure 2. Image Credit: Author - A collection of PCBs and module assemblies that go under the hood of a GoPro

Actually, a sensor-mounted gyroscope does the heavy lifting. Hats off to whoever invented the solid state gyro. The GPU does so much more; the I/Os include two monitors (one touchscreen) SD Card, Bluetooth, WiFi, USB type C, and GPS data. The functional boards and their flexes add up to a nice variety of technologies. I get to do all kinds of things!

Your journey into the internet of things could require a similar breadth of knowledge. Personally, I’m kind of glad that I started out on the analog side. There is more nuance when the measurements are on a sliding scale. If the digital side meets the mask, that’s it, lock it down. There’s always another decibel to chase when we use antennas that are fairly common around these analog parts. Have app, will travel. That reminds me. I have to go get a carton of milk.