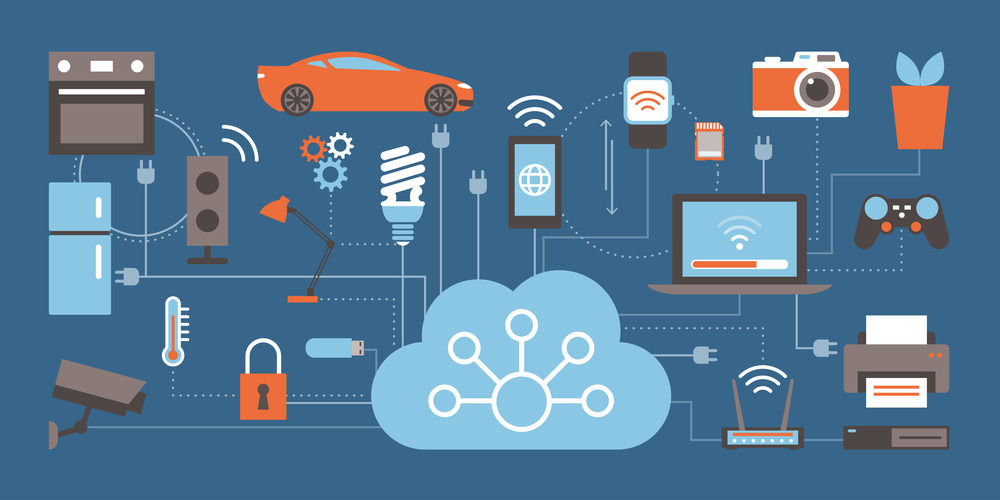 Designers should expect the prevalence of IoT to expand in the coming years.

The world is becoming more connected, and devices are both driving and mirroring this development. With the untapped data available to companies and customers alike, IoT architecture is rapidly evolving to capture market inefficiencies and produce innovations. To best capture this technological zeitgeist, designers should be cognizant of the format of an IoT system as well as the advantages and disadvantages inherent to common network protocols.

The Three Pillars of IoT Architecture

The flow of data involves nodes (which indicate sensor/actuator systems), gateways, and the cloud. The gateway disseminates info from the cloud to the nodes (as indicated by the data packets) and collects data for outgoing storage and analysis in the cloud. Each level of design needs to be optimized within the scope of the greater system:

IoT has become a major point of emphasis in many fields, and it's important to recognize what is and does not apply to IoT design:

Topics like big data or industry 4.0 are not necessarily IoT systems, though they may operate alongside or within IoT applications to unlock greater system performance.

Equally important as the structure of data flow are the protocols used to communicate between different layers of an IoT system. There are tradeoffs between the different protocols, with the major balance concerning power consumption, speed, distance, and bitrate. Generally, an increase in any of the latter three characteristics is positively correlated with greater power draw, though particular implementations can minimize the increase. Different IoT protocols see usage in numerous industries depending on the system needs:

How Designers Can Rise to the Challenge of IoT

IoT architecture is as varied as the industries it’s responsible for interfacing with, and both software and hardware teams need to be well aware of the overall structure of the system as well as the pros and cons of specific models. Being a communication mode itself, it is perhaps unsurprising that design teams need to incorporate device and board needs to meet their project goals. The increasing rollout of IoT systems means more components at the board level and an emphasis on signal integrity and EMC within the larger electronic environment; layout designers must continue to hone placement and routing to optimize these subcircuits without sacrificing critical performance elsewhere.

Fortunately for IoT or any other prominent board feature, Cadence offers a wealth of PCB design and analysis software to expedite the design phase and catch errors prior to production runs. OrCAD PCB designer users can enjoy a comprehensive toolset that is able to handle the dense and complex layouts of today’s boards, with functionality that looks towards the future of PCB design coming down the pipeline.