It would be a rare, or perhaps non-existent child, who declared that they wanted to be a CAD PCB Layout person when they grew up. Cowboy, Astronaut, Doctor, Cop, maybe the President or even an Engineer but not the specialty into which I fell.

My path was by way of working in a telecom outfit starting with a job title of “Final Prep”. The activity behind final prep involved pulling printed circuit boards out of a rack and putting them into anti-static bags and then into boxes which were collected into larger boxes with responsibility for the labels for each type of board. Image credit: Author - They’re looking for Nemo. Rise above so you’re not just another fish in the sea.

After the contract ended, they converted me to full-time to build the card shelves and the racks. Then I applied for a job inspecting the PCBs on the production line moving from digital stuff to analog stuff. That job led to a position in the receiving inspection lab on the condition that I took some coursework in Quality. Out of the four of us, I volunteered and that was a cool move.

Knowing When to Quit

One day, we had a meeting and our Manager announced that she was leaving and that the Manager from the digital realm was going to take over. Right on the spot, I gave notice. (Why I quit rather than work for that Manager is another story) Before the two weeks were up, I landed a position running stock rooms.

Every day, there were a bunch of reports to pick up. Every day, I passed by a darkened room glowing with monitors showing circles and lines. The floor was elevated like they were playing video games on stage in a bar behind a wall of glass. After four years of bagging boards, installing boards, inspecting boards and kitting boards, I knew what I wanted to do with the rest of my life!

Oh No, a Layoff! - Picking up the Pieces after a Career Interruption

PCB Design in a trade school followed the reduction in force that accompanied the acquisition of that company by another. The job I got coming out of school wasn’t board design. It was CAD drafting for a company that made removable hard drives. Then another temp-position doing manual drafting for a medical instrument company. Finally, I got into the actual board layout doing RF amplifiers and I stuck with that outfit for nine years. Doors have been open ever since. I said all of that to say this - There’s no straight path to PCB Layout. 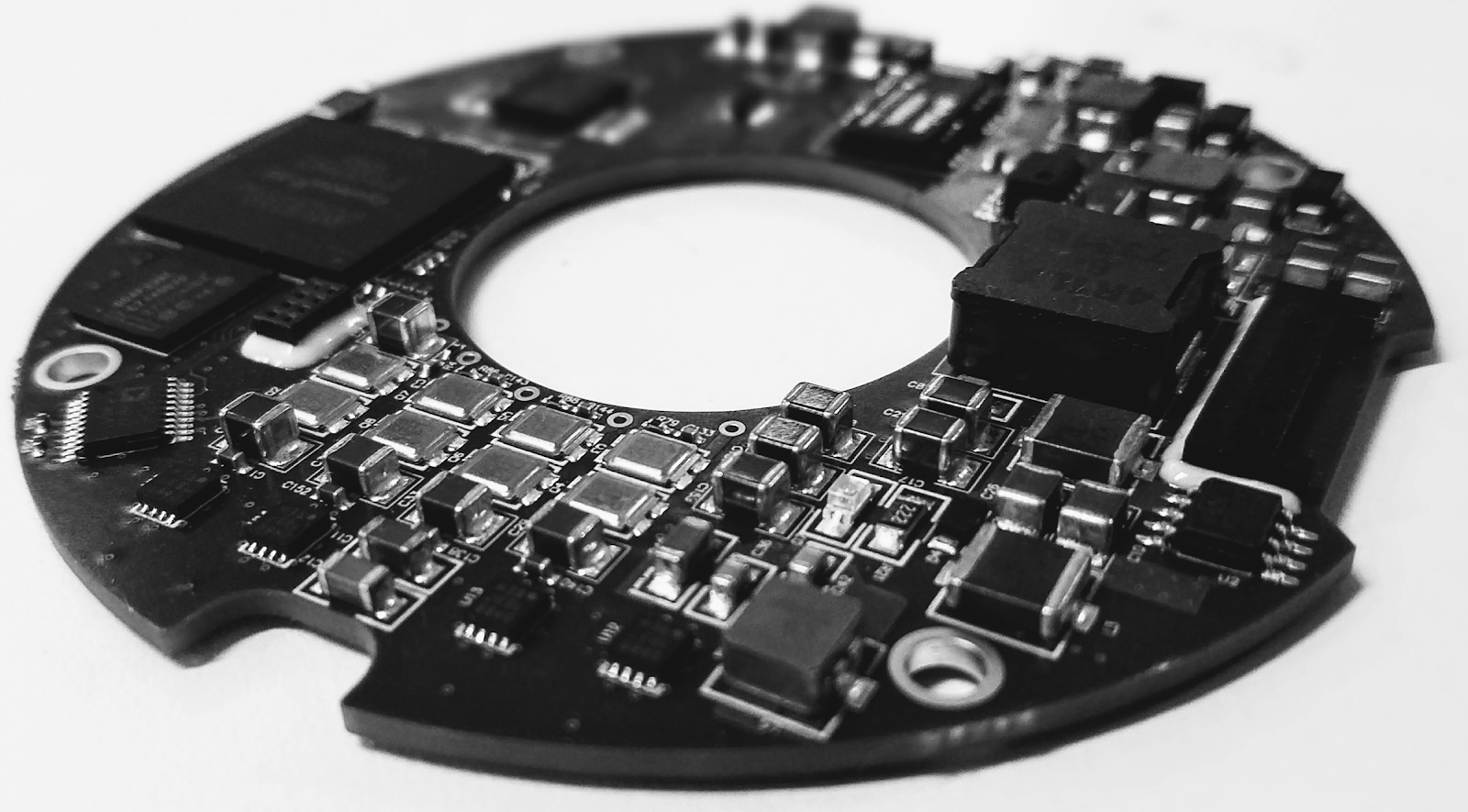 Image Credit: Author - You never know where PCB Design will take you; sometimes, around in circles.

So let’s say you’ve made your own luck and have the skills to pay the bills. The hard part is convincing someone else of that fact. That one person is probably a phone screener after a chat with the recruiter. Then there’s the multi-interview day on site. How do you talk for six hours and not say something that tips the scales against you?  It’s nerve wracking, especially if you’re a blabber-mouth blogger like me. After your resume, the first contact is the most important so let’s focus on those two things.

Your Resume - What Makes You THE Candidate for the Job?

The hiring managers are in the driver’s seat. They have to have help from the recruiter in culling the pile of resumes down to the top 20% or so. My resume has virtually nothing about anything you just read. Nobody wants to scan a six-pager to see if you have the right stuff.

Depending on the nature of the work, a resume should emphasize the things that make you a candidate for the particular job rather than listing all of the proud moments you’ve had over the course of your career. A great job in an unrelated field should be paired down to a few bullets rather than a blow-by-blow account of your achievements. Likewise, an otherwise insignificant task that relates to the work on the prospective employer should be center-stage. Image Credit: Author - Do what you must to make them see the light

One of my side jobs at Google was a pair of battery testing boards that used three and four ounce copper. I did some stand-alone power supplies during those nine years of analog; two more integrated with an edge router at another place. The other parts of the edge router were more impressive to me, four CPUs, ten Ethernet ports, all kinds of memory but that matters little to a place that is doing power circuits. Passing regulatory requirements for UL listing is way more relevant than tuning a bunch of digital lines. Know your target and aim accordingly.

“It’s alright to say ‘I don’t know about X’ as long as you follow with ‘Please tell me about X’.”

Read it again. Know your target and take aim! You are what you write and nothing more at that point. Submitting a generic resume will invariably be met with generic silence. The job goes to the candidate who works the hardest to get it. If nothing else, emphasize the aspects of your career or education that you want to continue. Don’t bother with all of the work of applying if you’re not passionate about the company and/or the work. No need to waste everyone’s time. Focus on your goal and create a narrative that gets you there.

The Interview: Your Resume Landed on the Top of the Pile and Now, It’s ShowTime

There will be questions; some that you can anticipate and others that are out of the blue. What you need is a script for any kind of question that you think you’ll face. You can’t really prepare for the surprise questions. It’s alright to say “I don’t know about X” as long as you follow with “Please tell me about X”. No need to apologize; you get immediate forgiveness for showing curiosity. It’s hard to switch from confident to humble but be ready to do so and then switch right back to save the interview.

The Phone Screen - It’s a Pass or Fail Situation

A lot can go wrong here. The interview can only be as good as the phone connection. If you don’t have a land-line in a quiet place, try to find a quiet place outdoors for your cellular call. A car is still indoors but you might have better reception using Bluetooth hands free operation. I don’t really want to hold a phone to my ear for the better part of an hour. You only get one shot so use the phone-a-friend option to test the coverage before you expect the scheduled call.

Working for Google meant that we would go on a hiring spree and the PCB Designers were counted on to interview potential peers. Phone screens were the hardest. No white board and no facial expressions or body language to help gauge the person. After that, your assessment was all they had to go on to decide if there would be an on-site day. Unless someone tanks the whole enchilada, it’s hard to say they shouldn’t get their chance in person. Giving the benefit of the doubt was not the default position for the decision makers so it was tough to make it past this stage in any case. Image Credit: Author - One of many PCBs that make up a career.

Before the remote interview comes, you should have a list of things to jog your memory in the moment. Two lists are better than one. First of all, the items you’d like to talk about, especially for the time at the end when you’re asked if you have any questions. The second list should be a reminder of things you don’t want to say. You know that you’re not supposed to bash your previous employer. Write it down. Make your departure about the positives to come rather than the negatives to leave.

On Site Interviews - Wear a Color That Doesn’t Show Sweat

Confidence is the key. I could list the questions you should know but I’m already getting long winded here. Study the market you’d be in, show respect for the people you meet. Smile, raise your eyebrows, laugh a little but not a lot. Be yourself but be you on your birthday. You’re the center of attention and that’s a good thing. Image Credit: Author - They Found You!

The competition used to be the people in your city who read the same ad in the paper. Now, it’s you against the world. Still it pays to stick to the truth. If you were meant for the job and the job was meant for you, it will happen. No matter what, follow up with the recruiter and ask any questions that lingered. The goal is for everyone to win and that will only happen if you’re in it to win it. Go get ‘em Tiger!