As a designer who has put himself into the public eye, a lot of questions come my way. Several beginners have approached me with basic questions that I can usually answer with by sharing something that I’ve already written. Sometimes, I’ll end up writing a few paragraphs that eventually expand into an article to share with everyone. One gentleman, who I will call Aakash, has leaned on me so many times, that I begin to think that he might be compiling a book. The messages pile up as do the answers. Let’s get to one of those types of answers. Image Credit: Author - The PCB Layout can only be as good as the underlying footprints all the way down to the padstack where it all begins.

More than one person has asked about starting their first job going from the ground up. “How do I make all of the parts I need for my first board?” The short answer is to build them one at a time. This is the internet. This is the twenty-first century. There’s got to be a better way! It’s not that we’re impatient, it’s more that we just don’t have that kind of time. Your software vendors know that and the internet does too. The software installation comes with a bevy of common parts but most boards go well beyond the generic SMD capacitors and resistors found in the default library.

“Connectors are like snowflakes and that’s more or less by design.”

You have it so good. “In my day”, we finished a layout and saved it to a floppy disk. We walked it over to Document Control and they put it in a file cabinet. Some of you veterans may be nodding. For you kids, a floppy disk looks like the icon we use for saving our designs but that’s a story for another time. No go ahead, get off of my lawn! 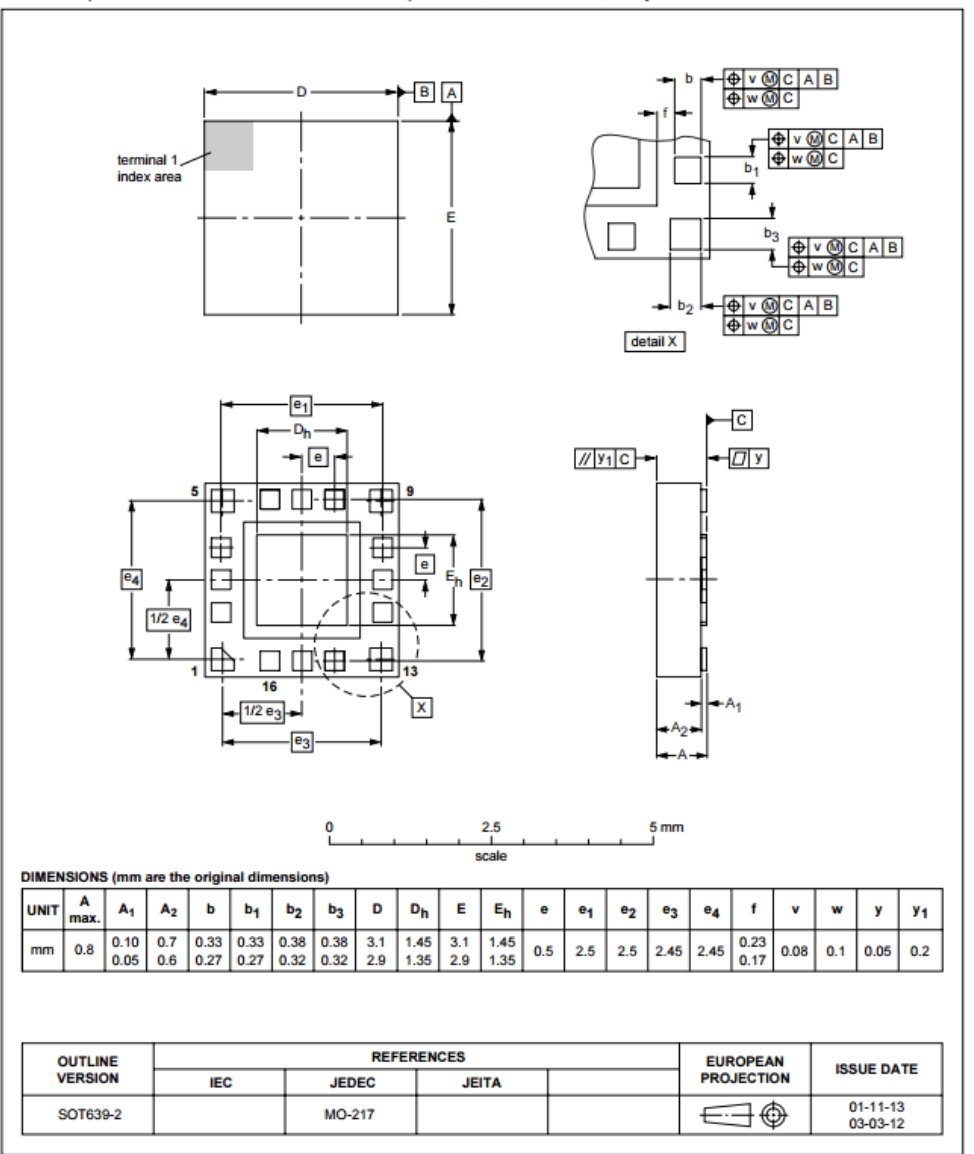 Image Credit: Reference Designer - One of the most common SMD packages is the QFN which stands for Quad Flat pack - No lead as opposed to QFP which has gull wing leads protruding from the body.

The library has to start somewhere and most PCB layouts start at the connector so I’ll start there. Connectors are like snowflakes and that’s more or less by design. You can find at least one hundred different circuits that fit on a QFN-16. That’s a square with sixteen pins that are spaced maybe a half of a millimeter apart with a center ground pad. Meanwhile, every connector mates to one and only one other connector. An SMA connector doesn't work with an SMB socket.

Why Connectors Catalogs Are so Byzantine

Patent infringement worries and protecting their turf work against the connector vendors. I don’t expect them to ever standardize on the particulars. The proliferation of connectors is further complicated by the way connectors are documented. You will never find a drawing of the connector you need. What you will find is a representative image that is used for the entire connector family.

Everything from two pins to three hundred is represented by that single drawing. Then you get to decode the part number to find out the actual body dimensions. Up to seventeen pins, it’s one row, eighteen to eighty is two rows, then three and so on. Turn to some other page that indicates what the plating letter means. Another table breaks down whether or not there are zero, one, two or more alignment pins. Go to still another page to find out if your mating connector locks down mechanically or relies on friction. Do you want tape-and-reel or is a tray ok? 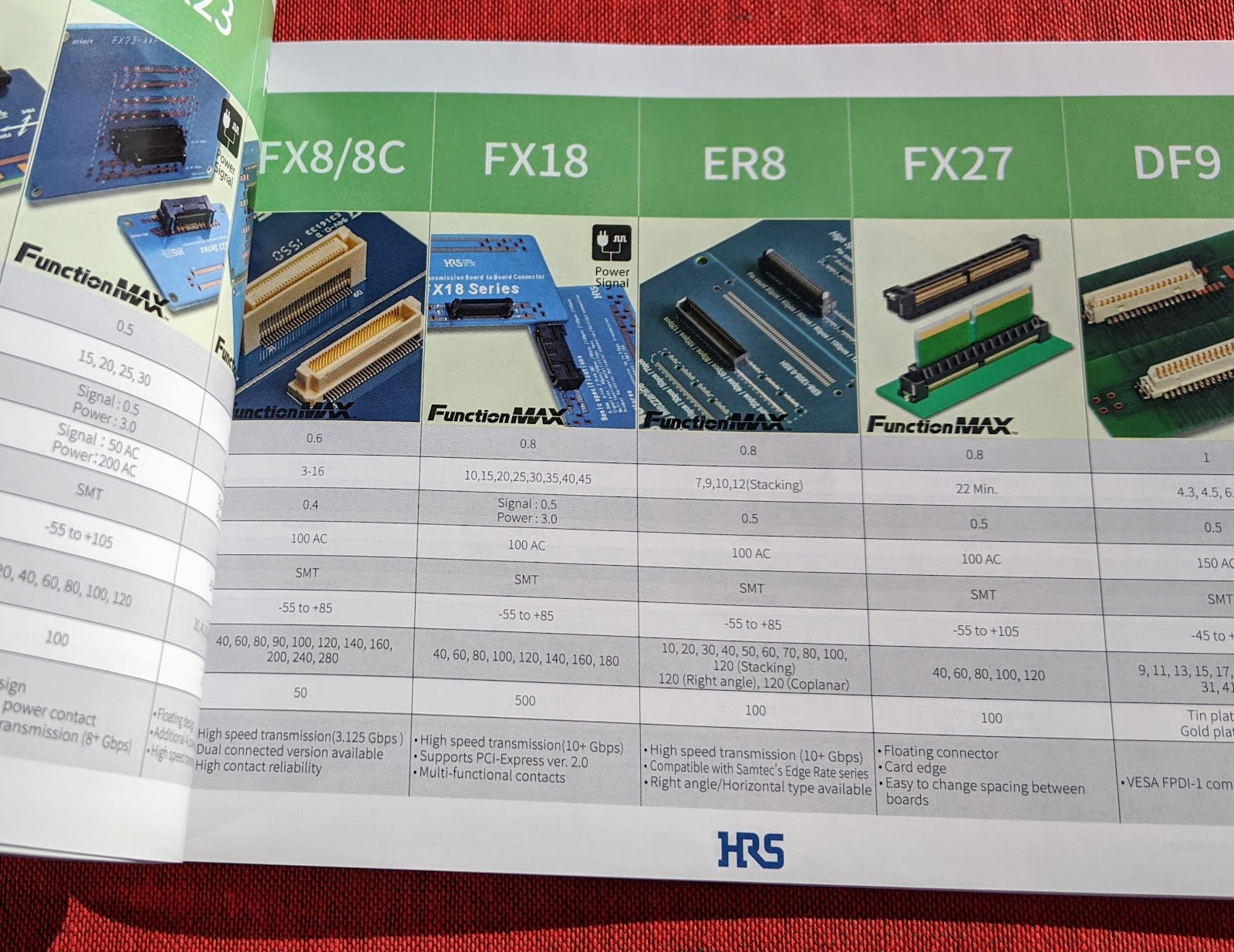 Image Credit: Author - A page from the 2020 Hirose pamphlet. If you want to build the part, be ready to turn some pages.

Coming to this from the component selection side is the same thing in reverse. You're building that part number one character at a time. Once you’re finished you get to contact the vendor to see if it is a standard part or if you get to wait six weeks and pay some non-recurring engineering fees. Maybe, you have to roll the dice again. All of this for the pleasure of buying some connectors. I just love connectors and they’re on almost every board. I’ll try capacitive charging with an array of antennas and still get a swath of board-to-board connectors.

A Brief History on Library Generation

Back in the era of floppy disks, I had catalogs from Amp, Samtec and others to suss out the details. The best ones were from Texas Instruments -TI. One fine day, a new PCB Designer rolled into an empty space we called a ‘cubicle’. As he unpacked his box, I couldn’t help but notice that he had a large number of UPS-Brown paperbacks that were all identical except for minor variations in width. He owned the entire Encyclopedia Motorola! I didn’t even know his name yet but I already liked him. Those items were like a status symbol to me at least. My generation got tired of lugging all of those books around so we invented the internet.

That’s where you come in. Do you want to slog through those books and piece together a component footprint one padstack at a time? Try contacting your vendor(s) to see if they can part with more than a .pdf file and provide a CAD file in your preferred format. Some will offer files for a specific ECAD tool or a step-model for you to import. Others may be old-school and only deal in .dxf files. Either way, you have a leg up on starting from scratch with the “Wizard”. Verifying that you have the right geometry is still up to you.

No matter how you approach the library generation, it is a must that you have a naming convention. As your library grows, it’s possible to spend more time browsing for an existing part than it would take to build it again. IPC-7351 to the rescue. Each revision of this document goes into a little more depth to cover the millions of different footprints and the various ways they will be built.

“...you want to make renaming your symbols part of each design effort”

Circling back to the QFN, a typical file name would be as follows: QFN50P_300x300_16_150x150. The newer revision of the document will include another character or characters to define the footprint in greater detail. The point is to stick to a system. If you’re starting with chaos for file names, then you want to make renaming your symbols part of each design effort - one board at a time. Twenty percent of the parts cover eighty percent of the board so it gets easier as you go. 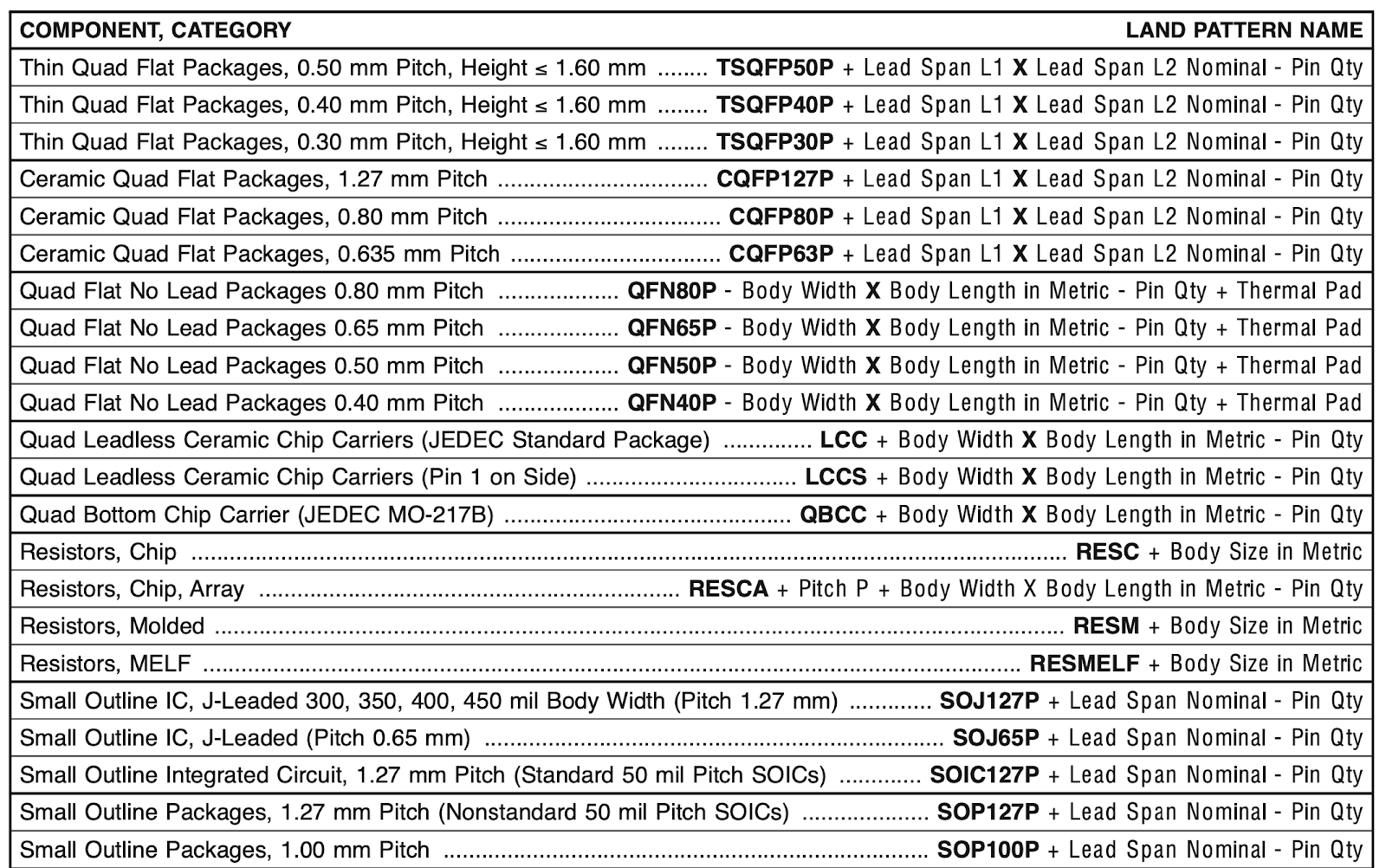 Image Credit: IPC 7351-B - Page 17 of this older spec gives you a flavor for how to create footprints so that you can search for them by their parameters later on.

One of the most important characteristics is whether you want small, medium or large footprints. Unless you’re doing Class 3 high-reliability work, I would recommend using the nominal size rather than oversize or undersize footprints. If big pads present an impedance issue or you’re doing very high density boards, it could be useful to use minimum size. The Ghostbusters tell us to “never cross the beams”; I’m telling you to never mix the minimum, nominal and maximum size component footprint types. Bad things can happen if you commit either of those sins on the same board, especially with the same part.

It Doesn’t Take a Hero to Curate a Good Library

You can get help if you need it. The internet has a number of companies that will generate library parts by subscription or by piece work. A service bureau may be willing to share their library for a nominal one-time fee. The person who chairs the committee for the IPC naming conventions is in the library business so his PCB Libraries is a place to start. Ultra Librarian is another that comes to mind.

“...we weren’t allowed to tape-out a board until every part to be used had been checked…”

You don’t have to be a hero and do it all yourself but since the PCB can be no better than the underlying library, checking every part against the data sheet is strongly recommended. I remember at Google, we weren’t allowed to tape-out a board until every part to be used had been checked by a person who was not involved with the part creation. That extra pair of eyes helped to prevent scrap.

A bad part can be costly. You lose money on scrap but more importantly, you lose time which you can only spend once and it’s gone. If the library symbols are built incorrectly enough times, it can cost the company customers. No business survives without customers so bear that in mind from the moment you open the pad-stack editor to create the first brick of your building. It can come crashing down that quickly. Getting off of the ground starts with the basics. A good foundation for your PCB starts right here in the Library.