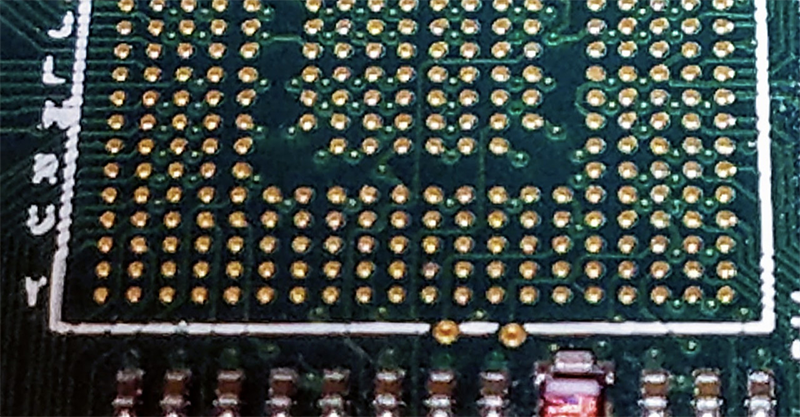 Knowledge workers are of the variety that knows and does something that their manager probably doesn't. Even the schematic capture experts struggle with the layout software. It has always been a two-way street of learning and training between the two disciplines. While the ECAD tools can be counter-intuitive and hard to master, they represent only one of three legs on which the PCB designer stands.

Even if the boards you're doing now or in the near future are simple, prepare yourself for a more complex roadmap.

Board layout software comes at different price-points, delivering different functionality as you open your wallet/purse evermore. The essence of the board itself remains the same. A trace is a trace and a part is a part. We connect the two based on the logic extracted from the schematic. So why do companies pay so much for the big three ECAD solutions when there are "shrink-wrap" or downloadable answers that only cost a fraction?

It Really Boils Down to Design Control and Verification

For instance, the high-end software helps us interactively define line length. That is to say that the length of one connection can be used to drive others. Take a Double Data Rate Dynamic Random Access Memory (DDR memory) bus for example. The clock's positive trace has to be a very close length match to the corresponding negative trace. They turn off and on to tell the rest of the byte (eight bits) that it is time to send their current condition.

The memory chip receives the clock differential pair P and N (positive and negative) pulses, and the device compares the two waveforms to get a reading of binary 1 or 0. The pulse is necessary even when the actual differential voltage is close to the threshold between a logical one or none. That is especially true with Low Power DDR In LPDDR we are making that distinction when the signal swings up or down by about a volt. So these two traces, the P and N pair for the clock, have a very tight tolerance of a fraction of a millimeter between them

After establishing the pairing with the absolute minimal difference, the rest of the byte lane is in play. Here, the skew or timing mismatch opens up more or less depending on the speed of the memory itself. A general observation is that memory with fewer lines requires tighter control, and memory with more lines requires less control. The typical data lane wants to be length matched to the clock pair to within several millimeters. Often, one or more of the bits in the lane is physically longer than the clock, and you have to extend the clock pair to match the longest trace, minus the tolerance. Then, the naturally shorter traces get more meander. It is one of the many features we pay for as we move up.

By working as a team, subject matter experts can address every area of a PCB.  Analog and digital realms can be sectioned off and solved across different desks or even time zones. One designer is in charge of the overall program and partitions the design into as many sub-sections as necessary. The most I have ever done is three simultaneous partitions. Barring that, we can still have multiple designers passing the board across the sea for round-the-clock effort.

Making the most efficient use of the software to capture the design intent vs. simply doing the design by expert know-how requires us to move up to the higher tier CAD seats. IIf all you know is the free tools, this is going to be a barrier to entry for you. If you can learn a professional tool on someone else's dime, that is the move you should make on the software front. Even if the boards you are doing now or in the near future are simple, prepare yourself for a more complex roadmap.

As you get further down the production line, the penalty for failure multiplies.

So, learning the best tool for the job might get you an interview. You are 1/3 of the way there. Knowing how printed circuit boards are fabricated and assembled is another leg of the tripod. The fabrication flow-chart takes up an entire page with planning, etching, drilling, laminating, finishing, marking, and packaging, with each having sub-steps and conditions you must meet.

Is it better to start with thick copper or thin copper followed by plating up? It depends on the final line width and spacing. It depends on if you are using micro-vias or through-hole and how much copper you will want in the barrel of the via. A hundred interdependent variables are in play on a PCB. That is why fab houses are keen to quote actual artwork rather than a concept.

Fewer steps cost fewer dollars, particularly if the steps include extra lamination cycles. Gold is like gold when it comes to cost and performance. Organic Surface Protectant (OSP) is lower cost but has a limited shelf-life. Silver/Tin alloys are in between as far as cost and resistance to tarnishing. What's best for you always depends on the rest of the process including the end use case.

The Main Process, of Course, is Assembly

You may have saved a lot of money or time when you gave the OK to the fab house to use the material with the lower glass transition temperature. There's a reason the low Tg material is cheap and available. It may not be durable enough to withstand lead-free assembly. I will pay for the better material if it means an easy assembly.

Pay for RoHS compliant, halogen free, 170 C degrees or better for the Tg and a good loss tangent material. Specify the appropriate finish and other specs that favor the high-yield assembly over the low-cost fab. As you get further down the production line, the penalty for failure multiplies. So, you need good technical abilities to see around corners and take the path that gets you into the black ink. If anything in this paragraph is unfamiliar, you know what to do.

We touched briefly on two aspects, the software, and the industry knowledge. What's left?

Communicating your ideas, selling your vision is paramount to your success. If you were to give a waiver to the fab shop to allow a thinner/thicker board and did not involve the Mechanical team, you are setting yourself up to fail. The Physical Design team often doesn't know about the 10% thickness tolerance and will over-specify the material as though it was a metal plate. I have seen this happen dozens of times. It is never "their fault." You have to be the bearer of bad news before it becomes a reality.

You have to be the bearer of bad news before it becomes reality.

I probably give this same advice about half the time, but here it is again. Work with your vendors. Phone calls, emails, plant visits, trade shows and anywhere else you can learn about their technology roadmap will benefit you and your employer in the long run. This applies to the ground-floor librarian and the writer of this article. I am browsing the websites of vendors I know I will not be using just to stay up to date on what can be done by the majority of the players. First, you need to digest the data sheets and spacing rules and all those things before you can lead your project to a successful conclusion.