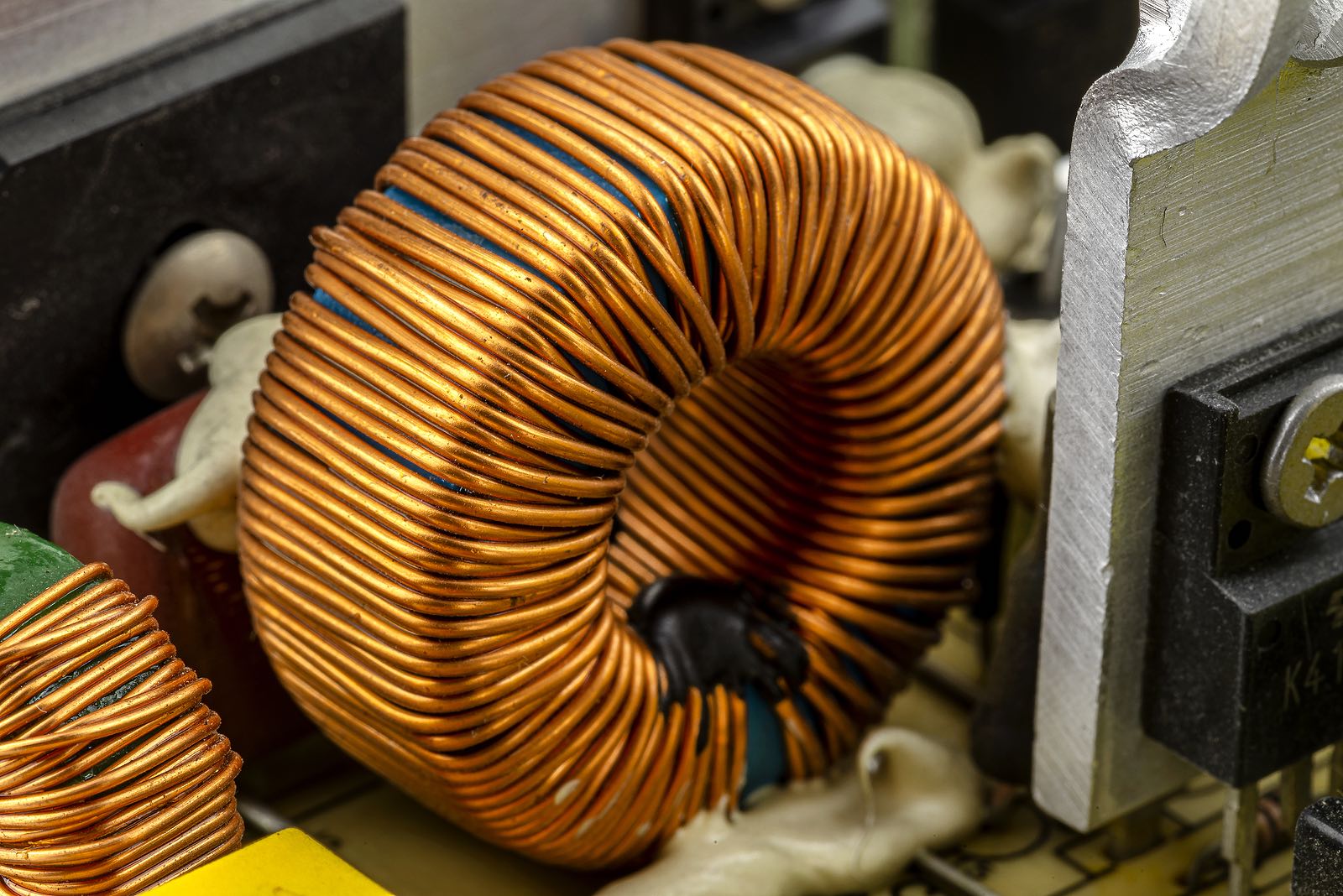 Switching DC/DC converters generate a lot of noise at high frequencies, so much that excessive noise can cause an EMC failure that requires redesigns. To deal with noise, the standard approach is to add filtering to the output stage of the converter. Similarly, if downstream from another converter or a rectification stage in a high power system, noise at the converter’s input stage and the noise returned to the power source should be limited. FCC and CISPR 22 both place limits on conducted emissions throughout power systems from 150 kHz to 30 MHz, which drives the need for innovative filtering and power stability solutions.

Broadly, there are two ways designers can approach this challenge with noise:

The 1st of these is more about efficiency than noise, although it is cited by experts as an important element of conducted EMI control. The 2nd method is very common and will often be seen in reference designs for power product, both on the input and output. What they don’t tell you in those reference designs is that the input/output/control loop transfer functions must be monitored during designs so that oscillations in the transient response can be prevented.

In this article, we’ll examine output filter design for DC/DC converters from the LC filter perspective as this is the most common way to produce a low-pass filter with reasonable rolloff in the stopband. The input portion of this topic is more extensive and is related to ensuring EMC compliance, so we will leave that for a future article.

Think for a moment about the typical buck converter. There is a capacitor and inductor on the output stage that produces the required DC output plus some ripple overlaid on a nominal DC level. Together with a rectifying element (diode or transistor), these components are responsible for directing switched-polarity current to a DC with an average voltage set by the duty cycle of the switching PWM signal.

The LC stage is actually a low-pass filter, we just never talk about it as a low-pass filter in practice because everyone focuses on ripple. However, if you increase the size of that inductor or the switching frequency, you will reduce ripple by increasing the impedance seen by the rippling signal on the output. For a buck converter, we can see this in the following equation: 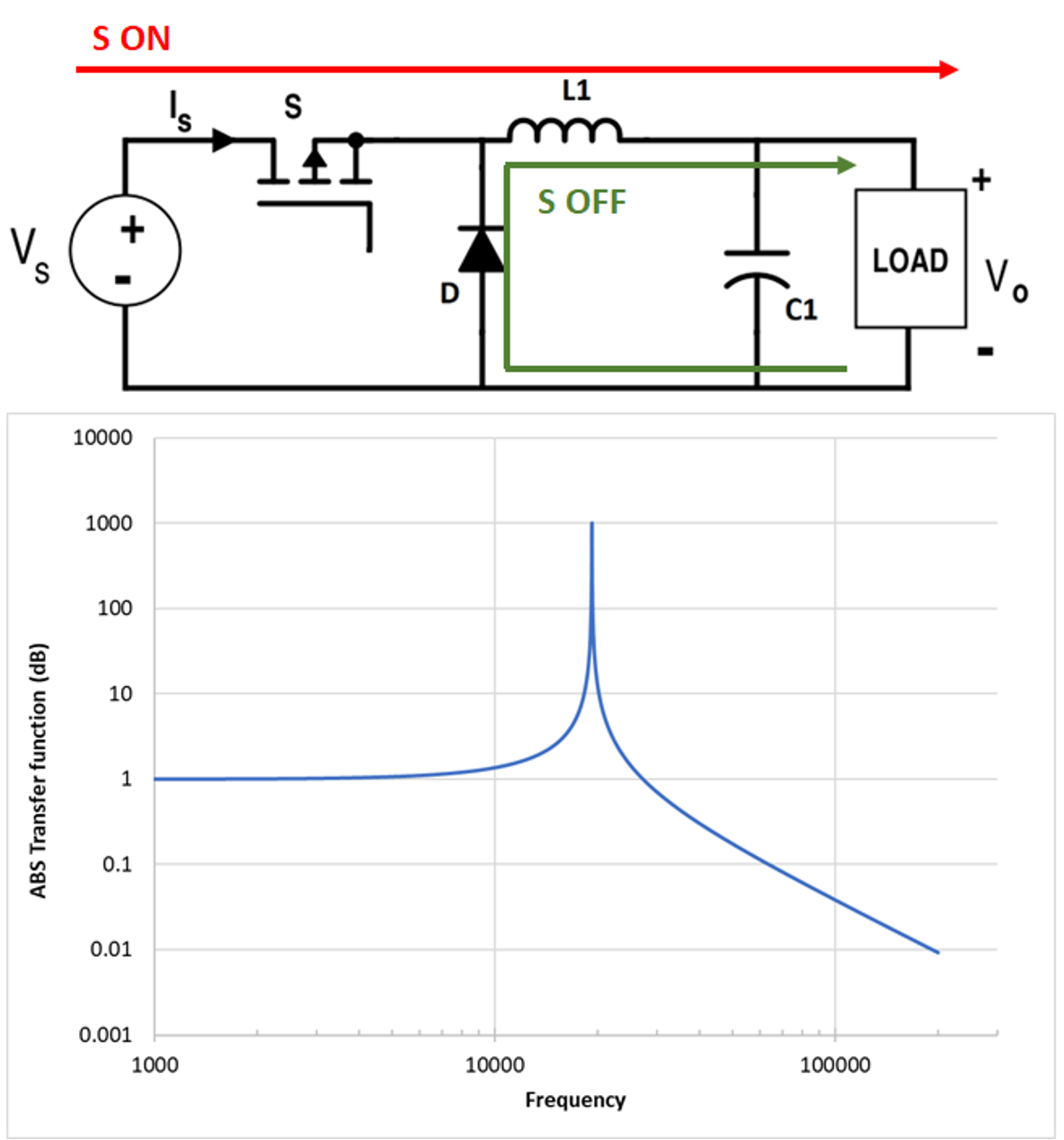 Note that the real transfer function will be limited by DC conduction losses in the switching elements, the inductor winding resistance, and the capacitor’s ESR value. But the point stands: the output filter will have some transient response that can be severely underdamped. In this case, we would expect the transient response to be underdamped with about 20 kHz oscillations. Typically, in a buck converter, there is just enough resistance in the output and control loop to prevent these oscillations.

If you want to beef up the capabilities of your output LC stage, the simple options are to use a larger inductor and/or a higher frequency PWM signal. A more elaborate method, and certainly more effective from the noise perspective, is to use an additional LC filter on the output stage.

While the original filter stage may not have had problems with instability in its design, adding the new filter stage can produce new poles, which would be apparent in the combined filter’s transfer function. An example with L1 = 6.8 uH, C1 = 100 uF, L2 = 3 uH, and C2 = 22 uF is shown below. 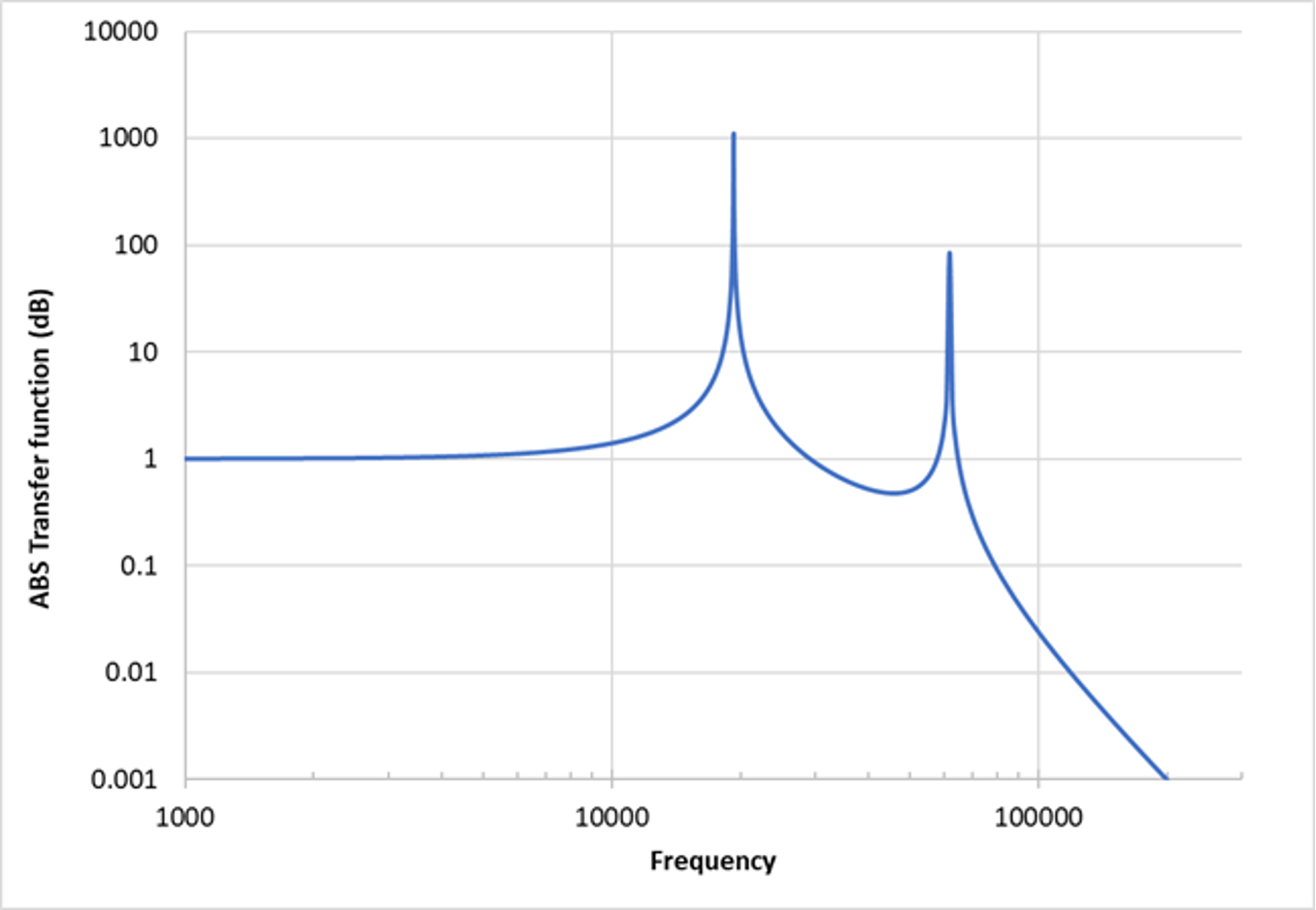 The lower frequency transient was probably already compensated for in the construction of the original converter, particularly due to parasitics in components, especially if the converter is being driven with an integrated circuit. What about the new higher frequency pole? What is the solution to suppress its transient response?

The simplest solution is to make the output stable by adding some damping. This is done by placing a small resistor in series with capacitor C2. In extreme cases, you might add a small resistor to C1 as well if it has very low ESR. A typical value for the damping resistor is about 500 mΩ, although up to a few Ω may be needed if these oscillations are very strong. After adding these resistances incrementally, check the modified filter response with a transient analysis simulation.

How the Control Loop is Affected

Not all DC/DC converters have a control loop. However, if your device uses an internal comparator and one-shot timer to track and fire the PWM signal for triggering the device’s FET, then there will be a control loop involved through the device feedback pin. More complex feedback methods are also used. Higher power isolated switching converters, such as LLC resonant converters or bridge converters, will use a complex feedback loop involving current sensing, followed by adjusting the duty cycle and phase of the PWM signal to track the desired power output to the required level.

In all cases, we can reduce noise through filtering and ensure filter stability by preventing creation of a new pole in the circuit’s input, output, or control loop transfer functions. The simplest way to do this is to bring the output stage’s transient response just barely into the underdamped regime. It shouldn’t take more than a few Ω of resistance in an LC filter to provide this compensation and produce a stable filter. This may interfere with control and tracking if the filter’s damped response is too slow; typical response times should be on the order of microseconds to milliseconds.

Important circuit design analyses like pole-zero analysis, transient analysis, and transfer function calculations can be performed in PSpice, the industry’s best circuit design and simulation software from Cadence. PSpice users can access a powerful SPICE simulator as well as specialty design capabilities like model creation, graphing and analysis tools, and much more.