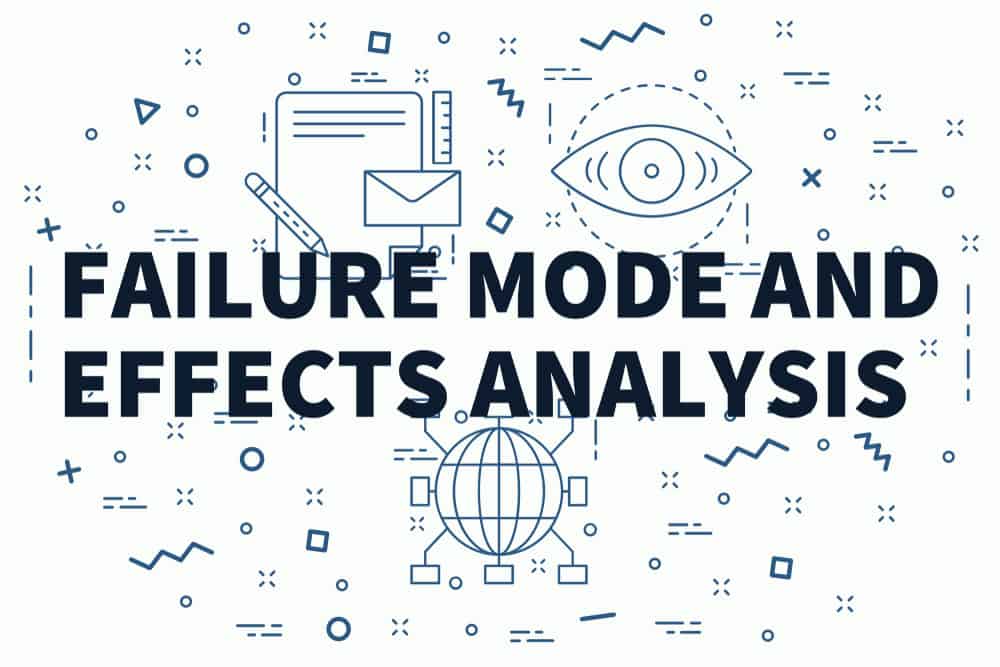 PCB design is a complex topic, and this complexity is magnified considerably when under the umbrella of design for manufacturing. Constraints provided for building a simulation board must contend with current manufacturing technology both in terms of feasibility and yield. With any physical production run, there must be an emphasis on improving manufacturing processes to avoid unnecessary issues that will be felt by the end-user.

Prior to any production, designs should be properly inspected to reduce the instance of failure during manufacturing or expected service life. Failure mode and effects analysis, or FMEA, studies the possible routes of failure within an established design with the hope that these particular issues can be corrected. FMEA not only acts as a safety measure in the case of unintended function leading to failure of the board but also provides a superior product to customers. Its role in the manufacturing process is, therefore, undeniable.

How Is Failure Mode and Effects Analysis Qualified?

FMEA exists as a framework in the design and manufacturing world to help guide future production and optimize system processes. Especially for large-production lots, minimizing scrap, rework, and money loss to wasteful practices protects businesses’ bottom line and serves to reduce the time spent overall on a run. The basis of FMEA involves a thorough examination of how failure occurs in a board as well as the consequences of said failure. Failures are studied as a cascading effect: given a failure at the component level, the effects of this failure are further considered at the circuit and eventually board level.

A scientific methodology stands at the center of FMEA. To begin, a single failure mode is adopted - this is to prevent incorrectly ascribing the effects of one failure to another to fully isolate its effect on the board. Any “sourcing” issues, whether they are inputs to power devices or materials existing as consumables necessary during runtime, are provided to ensure the failure or erroneous operation is tied only to the failure mode at hand. After setup and evaluation, failure modes are categorized according to their severity:

In general, FMEA should be performed at the earliest possible point once the design is set. This maximizes the effectiveness of the technique by allowing it to modulate design at an early enough point to avoid reconfiguration of central design choices.

Isolating the Scope of Investigation

The FMEA process begins simply: define a system from beginning to end, including its interfaces with outside systems and functionality. This provides ground-level sequestration of how the failure mode propagates and what sections of the overall circuit topology may be at risk for malfunction. FMEA evaluation requires some additional concrete definition of the scope, such as the depth to which the system is being inspected. In general, every effort should be made to correctly represent the current status of components and equipment to help further isolate the effects of the singular failure mode being weighed as opposed to design conditions.

At this point, some visual organization, such as a flowchart or block diagram that shows the interplay between the subsystems of the board and their dependents or dependencies, will aid designers to prevent the path of failure modes from being misinterpreted. Most importantly, failure mode and effects analysis should address weaknesses in the design while the board is at a stage of pre-production where it is highly malleable. Doing so further stabilizes the design, which prevents further work and headaches for testers and quality assurance downstream.

For proper failure analysis, designers or technicians must identify the mechanisms by which failure occurs as well as what the malfunction means in terms of operation. Identification relies on the evaluator being able to correctly diagnose connection conditions such as opens and shorts. Identification is not meant to resolve connectivity issues within the component (which besides being far more difficult, would be the liability of the manufacturer), but interfacing points between the board and components. To that end, expansive knowledge of electronics is not a necessity for discerning failure modes, but it may be a boon. Those conducting failure mode analysis need only be able to group failures within the following categories:

While FMEA covers only hardware-based corrections, the intersection of software is impossible to overlook - it’s important to be able to understand which of the two is driving the malfunction. An appropriate party may need to remedy the software integration.

Failure mode and effects analysis is an important part of the design for manufacturing process in order to achieve reduced waste and improved performance. Cadence’s host of PCB design and analysis software provides designers with all the tools necessary to promote designs free from preventable failure modes.