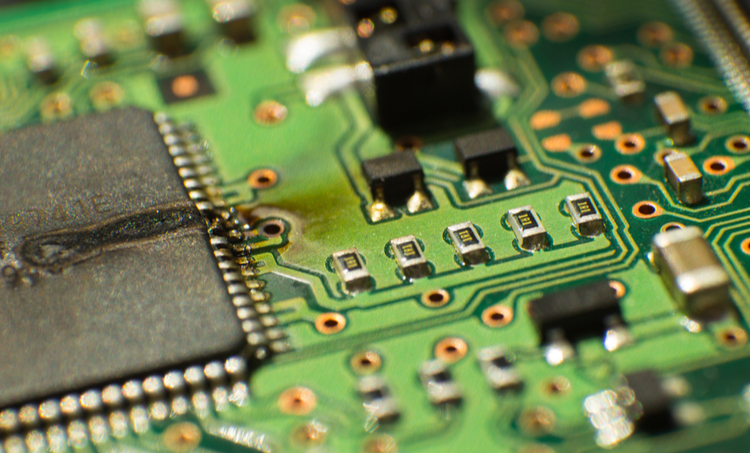 There are times where I’m completely scatterbrained. I can remember searching all over for my smartphone only to find that I’d mistakenly placed it in the freezer. Thankfully, it was still functional or I would have had to pay a few hundred dollars for a new one.

When testing PCB prototypes, I sometimes went on an entirely different hunt to find short circuits amongst hundreds of traces and components in my PCB designs. It wasn’t a pleasant affair, although I’ve learned what the common spots are for such occurrences.

Signs of a Short Circuit

How do you know if you have short circuits on a PCB? Depending on where it may be shorted, you may have various symptoms. For example, you might have a sudden ‘pop’ followed by arcing and a broken trace when you power on the PCB. Such dramatic signs often point to short circuits occurring on power traces.

Sometimes the signs are more subtle, and you don’t realize until you’re testing specific functionalities of the circuit. Two input pins that are shorted with each other will provide no hints during a test power up. You’ll only realize that the circuit isn’t functioning as it is meant to when the inputs don’t return the right reading.

In some cases, short circuits don’t cause obvious damage, but they are still easy to pick up. An LED’s positive lead shorted to ground will prevent the LED from lighting up. Short circuits that affect visual, audio, or mechanical outputs are often also easier to spot. 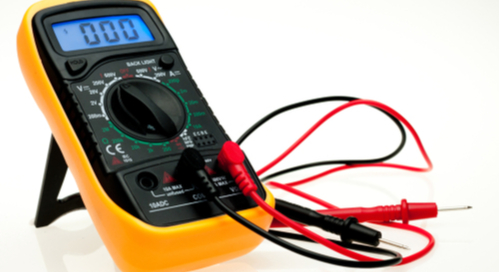 Once you have a hunch that there are shorts in your circuit, you need to move on to the hard part--locating them. You’ll need common sense, sound electronics knowledge (like Ohm’s Law), sharp eyes, and tools to find the shorts.

Sometimes, you can pick up obvious shorts like a solder joint between pins or copper areas that are not fully etched out. You may want to use a magnifying glass as some of the shorts are as thin as a hair.

Look for Signs of Burnt Components

A short circuit may result in some components getting burnt. A cracked IC, blown capacitor, or the familiar acrid smell of burnt components are all telltale signs that a short circuit is close by. Locate and remove the damaged component and investigate traces connected to it.

You’ll either find the fault on the damaged component or the traces linked to it.

Probe with a Multimeter

The multimeter will be your best pal in spotting a short circuit. Check for the continuity of different traces that you suspect are shorted. While it doesn’t pinpoint the exact location of the short, it gives you an idea of where to start looking.

Use a Thermal Camera

A thermal camera, which uses infrared technology, can be helpful in determining the exact locations of the short. Assuming that you’ve powered up the board, the short circuit may conduct an excessive amount of current and heat up.

You can use the thermal camera to pick up the hotspots and then verify it with a visual inspection. However, if the short occurs in the inner layers, manual inspection will be impossible.

Short circuits between power and ground are the toughest to find. There are so many possibilities, particularly if you have a large area of ground or power planes.

In such circumstances, you’ll have no option but to try cutting some of the traces to isolate part of the circuit. The reason for doing so is not only to locate the short circuit but also to learn if it’s a design or manufacturing mistake.

What Causes Short Circuits on a PCB 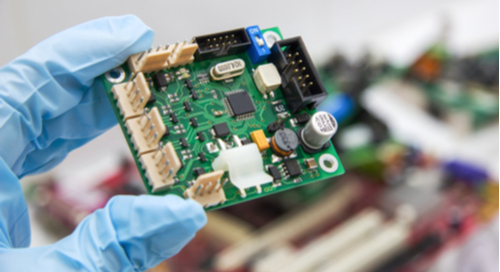 Mistakes in PCB design, fabrication, and bad components can cause short circuits

You’ll want to take every precaution to prevent short circuits on your PCB, and this means getting down to the root causes. Some short circuits are created during manufacturing or assembly. When a thin line of copper remains during fabrication, a hairline short is formed.

Short circuits may also happen during reflow soldering. The solder paste may accidentally connect two pins that are very close to each other. In some cases, mistakes are made during PCB design where traces between different nets are accidentally connected.

While manufacturing and assembly are somewhat beyond your control, you can reduce short circuits resulting from design mistakes by using the right PCB design and analysis software. Use OrCAD PCB Designer and its DRC feature to detect short circuits in your nets before finalizing the design.