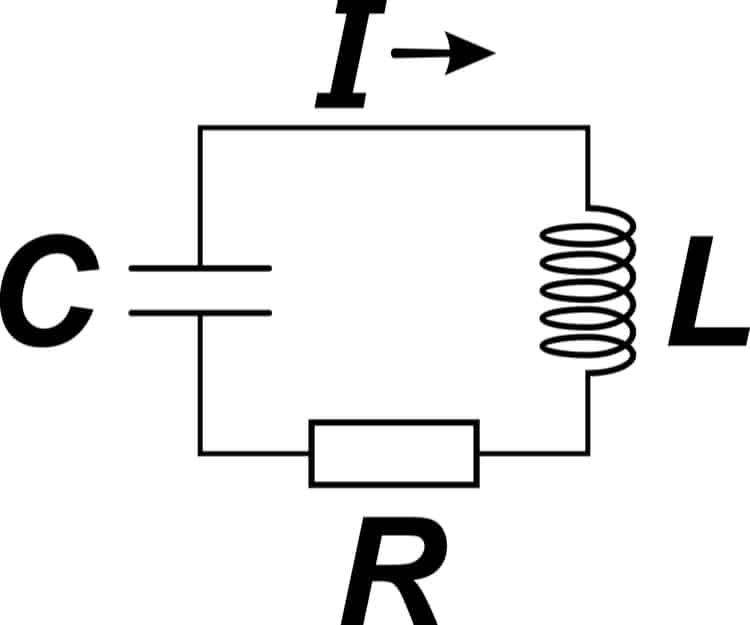 RLC circuits are basic building blocks of more complex analog systems and they provide many useful features. Passive amplification, filtering, impedance matching, and more can be accomplished with RLC circuits. Also, RLC circuits are used as fundamental models for more complex portions of electrical systems, such as the PDN in a PCB. In all of these areas, a designer needs to know the impedance of an RLC circuit as they create their design. In this article, we will explore how to determine this impedance for both series and parallel RLC circuits.

RLC circuits are often used as examples for basic impedance analysis. While the resistor is a pure DC component, inductors and capacitors have varying impedances according to the signal frequency. The total impedance of an RLC circuit is determined by the impedance of each component.

Here is how impedance for resistors, inductors, and capacitors is expressed in magnitude and phase angle:

The resulting total impedance exists in the complex plane. RLC impedance is expressed in complex numbers or represented with a magnitude and phasor angle. This is best visualized with the vector diagram that describes the relationship between the impedance of all three components. 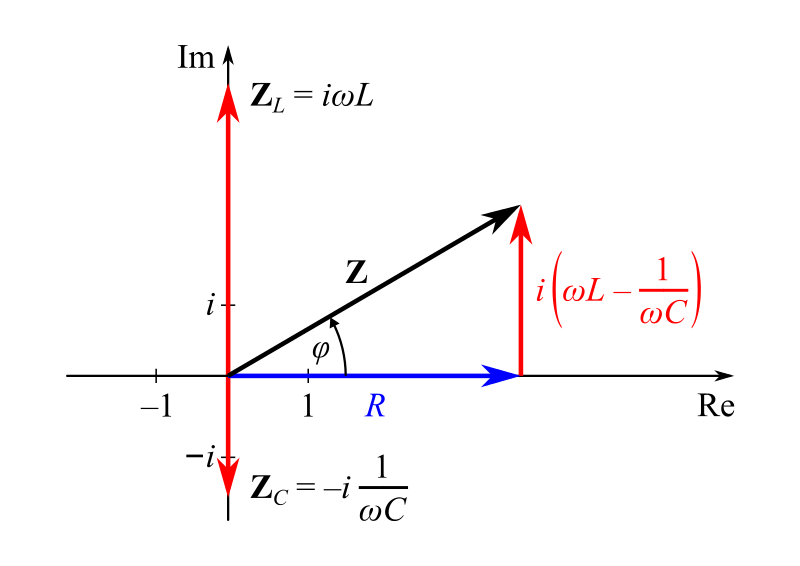 Series and parallel arrangements of RLC components are the easiest to address, as the common formulas for equivalent resistance can be used with the impedance of RLC elements. Only 3 simple mathematical tools are needed to simulate RLC circuits:

In a series RLC circuit, shown below, the impedance can be easily derived using Kirchoff’s voltage law. 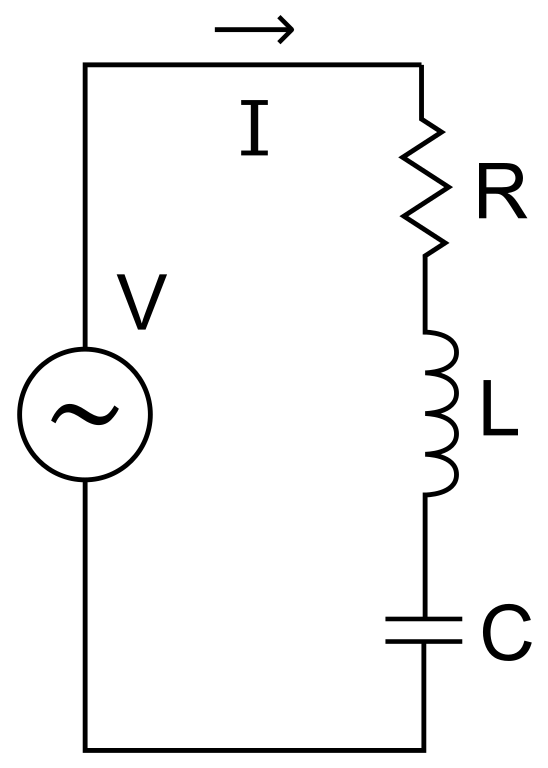 According to Kirchoff’s Current Law, the current is the same in each element in the series RLC circuit. Using Ohm’s Law, we can write out the characteristic differential equation for this circuit and solve it in the frequency domain. The formula for the impedance of this circuit is shown below:

To calculate the magnitude and phase angle of series RLC impedance, the above equation is solved as follows.

Note that this is the same impedance you would find if you used the series rule for calculating the equivalent impedance.

The circuit diagram below shows a parallel RLC circuit. In this case, the impedance is easily defined by calculating the total current flowing into the circuit using Kirchoff’s current law. The impedance of each element and an equivalent impedance for the total circuit can be defined using Ohm’s law.

The total impedance of the parallel RLC circuit is described by the following equation.

With some algebra, the above equation can be solved for its magnitude and phase angle as follows.

The table below shows how resonance in each type of circuit is related to the filtering behavior provided by the circuit. From this table and from substituting the value of the resonant frequency, we can see that the impedance of both circuits is equal to R at resonance. When you’re ready to build circuits for your new design and examine how they behave electrically, use the front-end design features from Cadence to build and simulate your circuits. The complete set of simulation features in the PSpice Simulator lets you create detailed simulation files, simulate nearly any aspect of electrical behavior, and optimize circuit behavior with parameter sweeps. Once you’re ready to create a PCB for your circuits, simply capture your schematics in a blank layout and use Cadence’s board layout utilities to finish your design.