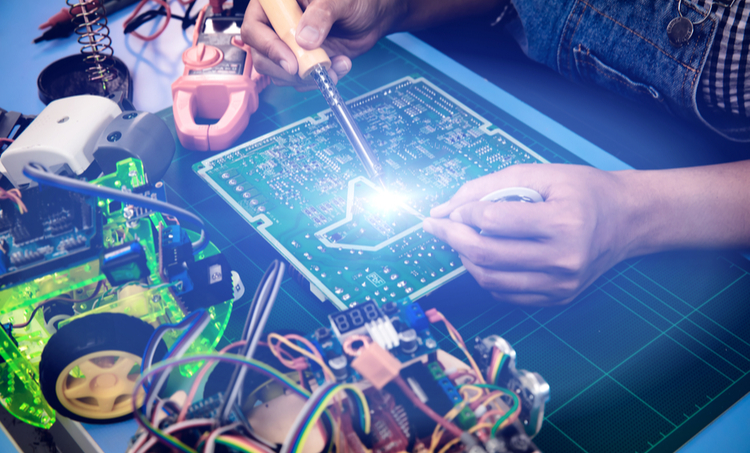 Circuit simulation results need to be compared with in-situ measurements during prototyping and production.

Analyzing electrical circuits is vital to ensuring modern technology works as expected. Most modern electronics go through some sort of simulation and evaluation process to ensure designs work as intended, and to provide a set of reference calculations for comparison with in-circuit tests. SPICE simulations are the workhorses for circuit design and analysis, and today’s commercial solutions provide many built-in simulations.

Among the simulations found in SPICE simulators, nodal analysis is a fundamental technique used to examine voltage and current distribution in a circuit. This technique effectively combines both of Kirchhoff’s laws and Ohm’s law into a single matrix equation. Keep reading to learn more about what nodal analysis is and how it’s used in circuit design and analysis.

What is Nodal Analysis?

Nodal analysis is a mathematical method for calculating the distribution of voltages between nodes in a circuit. Also referred to as the node-voltage method, this strategy uses Ohm’s law, Kirchhoff’s voltage law, and Kirchhoff’s current law to define an equation relating the voltage measured between each circuit node and some reference (usually ground). The voltage drops measured between neighboring nodes are taken as the variables in a set of linear equations and the system can be solved using a standard algorithm (e.g., Gauss-Jordan elimination).

The general process for constructing a matrix equation for nodal analysis is to use Kirchoff’s laws between each node in a circuit diagram to write out a set of equations relating the voltage drop across different components to the currents flowing into each node. Use the following process:

To see how this works, it helps to look at a simple example.

An Example of Nodal Analysis

The example circuit diagram below shows 4 impedances with 1 voltage source and 4 distinct nodes. Node A is just the input voltage, leaving the voltages at the 3 other nodes to be determined. By applying steps 1-3, we arrive at the following set of equations for the voltages at each node:

The circuit diagram and the system of equations used to determine the voltages at each node.

We can then rewrite the above 3 equations as a matrix equation: 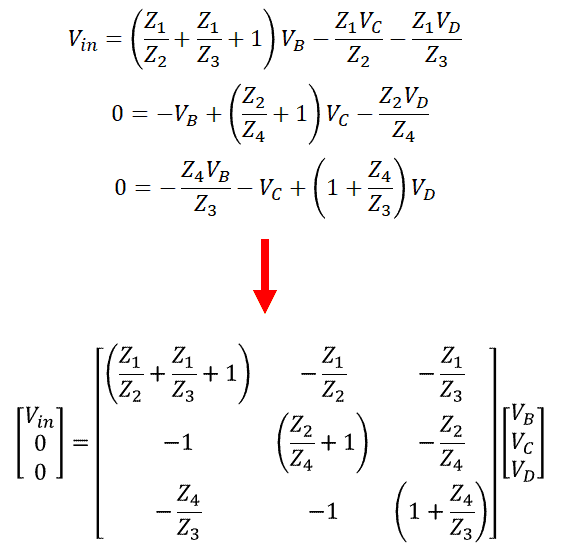 Rewriting the circuit diagram’s system of equations as a matrix equation.

This matrix equation is then easily solved by multiplying by the inverse of the coefficient matrix. In the above circuit diagram, we’ve defined a “reference node” at the common ground connection. The voltage variables are all measured with respect to this point. This is important for more than just creating a closed circuit; it sets the measurement reference for all voltage variables that appear in the above matrix equation.

One key to doing nodal analysis successfully is to properly define reference nodes, also called datum nodes. In nodal analysis, a reference node is the point that is used for comparison when measuring voltages, because a voltage is only defined between two points in space. Imagine you were using a voltmeter on your circuit diagram; the reference node would be the point where the negative lead was connected, and the positive lead would connect to any other node. This is why voltage measurement probes in SPICE simulations are normally shown as a single probe; the measured voltage is taken with respect to a reference node in the circuit. 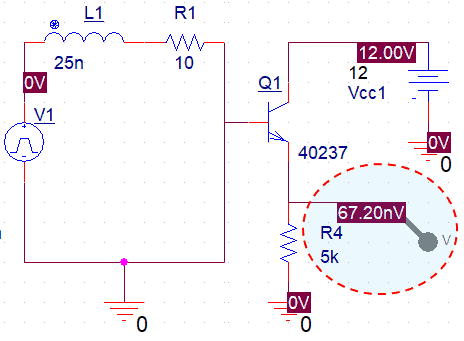 In SPICE simulations, the reference node is normally taken as ground. If there are two grounds, the reference node is taken as the nearest connected ground potential. In nodal analysis, any node can be taken as a reference point. This gives you an advantage in that you can define a potential difference between two different ground points, such as you might find in a galvanically isolated PCB with two different ground planes.

How Does Nodal Analysis Work on Nonlinear Circuits?

Because the current and voltage in a nonlinear component is a nonlinear function (meaning the relationship does not obey Ohm’s law), the matrix equation developed in nodal analysis will have terms that are functions of the voltages at different nodes.

The solved voltage column vector in this equation is defined in terms of a nonlinear impedance matrix and the current in each portion of the circuit. This transcendental matrix equation may include coupled terms, which require simultaneous iterative numerical techniques to determine solutions.

In this general formulation, applying nodal analysis to nonlinear circuits requires solving a transcendental matrix equation for multiple unknowns. This can be a very difficult numerical problem to solve, depending on the form of the derived matrix equation.

Therefore, in order to examine nonlinear circuits using nodal analysis, the current vs. voltage relationship measured between adjacent nodes in the circuit needs to be approximated around some operating point. The typical method to do this is to use one of the following general approximation techniques for a nonlinear time-invariant system:

By keeping only the first-order terms (i.e., linear terms), you now have a linearized circuit that includes nonlinear components. The results from this procedure are only valid within a small deviation from the operating point, depending on the impedance function for each nonlinear component in the system. Circuit simulators that use iterative solution techniques will apply these approximations for you and can solve operating point matrix equations in nodal analysis for nonlinear circuits.

Vital node voltage and nodal voltage analysis requires a strong understanding of current source in your electronic circuit but when tasked with unknown node voltages or independent voltage source, your nodal equation can get difficult. Looking at principal nodes for your current source and branch current references can encourage a better understanding of nodal voltage. But generally for electric circuit performance, circuit analysis through SPICE simulation will unlock all types of circuit variables from transient analysis to parallel circuits to various matrices and beyond. Use your node equations wisely in your next electrical circuit design.

If you’re still unclear as to what nodal analysis is, you can use an industry-standard SPICE simulator to calculate voltage and current throughout your circuits. Once you’ve got your results and you’re ready to create your physical design, use the best set of PCB design and analysis software to capture your schematics as a blank circuit board. Allegro PCB Editor from Cadence gives you the layout and routing features you need to create your circuit boards and prepare them for production. You can then use nodal analysis results as a comparison for electrical tests.