What is a High-Power PCB? 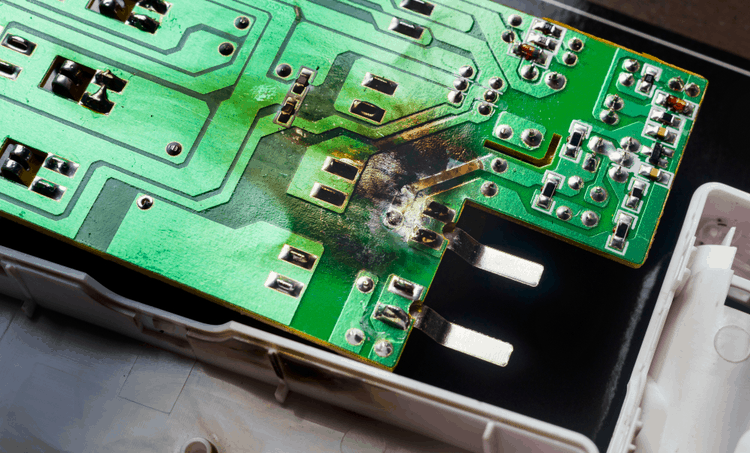 There isn’t a strict definition of what qualifies as a high-power PCB. Power can be defined by P=IV, and a high power design could mean a circuit that consists of elements of high voltage or current. The question is, what does the threshold for current and voltage have to be for a PCB to be considered “high-power”?

Instead of placing a strict definition on the parameters, it is easier to categorize high-power PCBs by things that may arise if proper high-power PCB design practices are not followed: thermal generation and electrical shocks.

In electronics, high-power PCBs usually conduct current that goes beyond a couple of Amps.

Let’s discuss some things to consider when working with high-power PCBs. 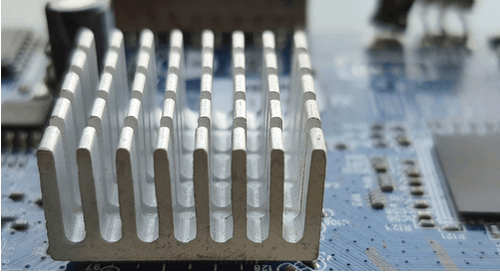 If you’re designing a high-power PCB in the same way you would design a low-power PCB, you will face some troubles. Most components tend to decrease in lifespan when faced with temperature increases. Traces that are unable to handle the amount of current might break, and there’s a risk of a short circuit that could blow the power supply.

To create safe, effective high-power PCBs, you must consider the following.

Often, a high-power PCB consists of components that generate excessive heat. Power MOSFETs, regulators, and associated passive components can produce a huge amount of heat as a high current passes through.

Thermal management techniques, or the lack of, can determine the fate of a high-power PCB design. A heatsink is preferable when you’re dealing with high-current components like a  MOSFET.

However, the decreasing size of a PCB may limit the space for a heatsink. In such cases, you’ll need to make use of techniques like pouring solid copper around the heat pad of a MOSFET and creating an array of thermal vias to spread out the heat.

You may also want to consider active thermal dissipation techniques such as installing a cooling fan or liquid cooling system for high-power components.

Trace dimension is critical for those that are carrying high current. It’s understood that power loss on a PCB trace turns into heat; you’ll want to avoid that by having thicker traces. Besides, having a trace that can’t handle the rated current can result in heat points and physical damage to the copper. 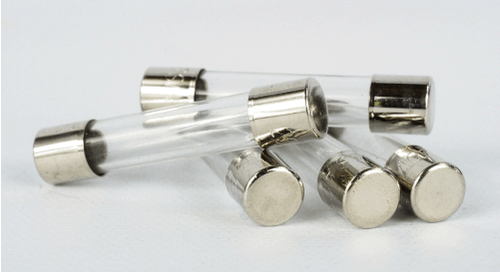 A fuse for short circuit protection in high-power PCB designs.

The concern of overheating in high-power PCB designs is real. So is the danger of the load getting short-circuited and drawing an excessive amount of current from the MOSFET or regulator. Detect these types of incidences by adding appropriate safety features in a design.

A temperature sensor will come in handy when placed among heat-generating components. It enables alerts when the PCB temperature exceeds a tolerable limit. For short-circuit protection, place fuses at the high-current outputs to ensure that connections are cut off immediately when the current rises above a safe threshold.

You’ll need good PCB design software when working on high-power PCB designs. If you’re using OrCAD, you’ll find that applying the techniques mentioned above is an easy process with the available tools.