Like most people, I always start the new year with a list of resolutions. I’ll start tackling them with an abundance of energy, pumped up on the positive vibes of creating a better, physically fit version of myself and hoping to achieve them at all costs. And yet, despite being resolute in my intentions, as time wears on, the couch always looks comfier, binge watching eight seasons of “Game of Thrones” seems necessary, and, you know, I really should call my mom instead.

It’s the same old story: The energy eventually ebbs, and by June (if not earlier), I’m convinced that the leaner, more Brad Pitt-like version of myself is beyond reach. I’m also convinced that if it weren’t for the strong external forces of the couch, Netflix, and my mom cramping (or damping) my style, I would have been unstoppable. And so I stop trying and the dream fades away.

Damping natural frequency in oscillators works a lot like those New Year’s resolutions. Unless you’re actively feeding energy into your oscillating mechanisms or goals, the friction of the world will pretty much stifle your momentum.

What Are Natural Frequency and Damping? 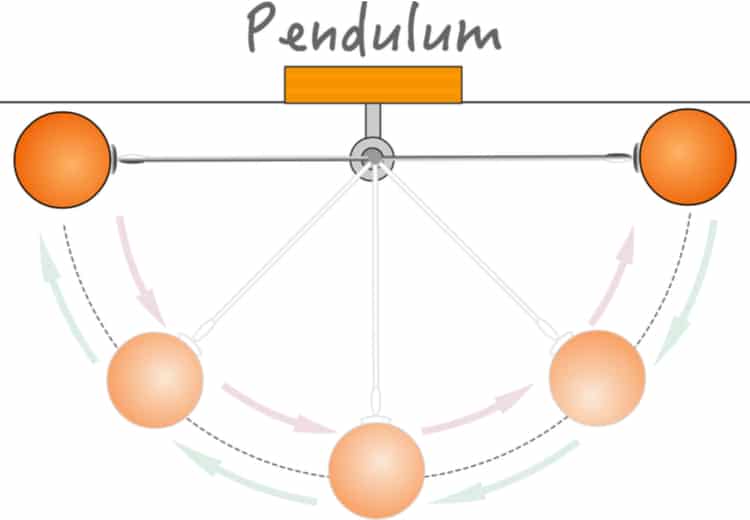 When no external forces are applied, the pendulum swings in its natural frequency.

Natural frequency is also a term that’s commonly mentioned in electronics, particularly in oscillator circuits. The RLC circuit is one of the most basic oscillators. To initiate the oscillation, the capacitor needs to be charged up. When the voltage source is removed, the LC circuit will then oscillate without external forces.

An ideal oscillator will never suffer decay in its oscillation, meaning it will never lose energy and stop. However, damping occurs in the real world, which eventually brings the oscillating movements to a halt. This is true for mechanical movements in pendulums, current flow in an RLC circuit, and other oscillating mechanisms.

How Does Damping Affect Natural Frequency? 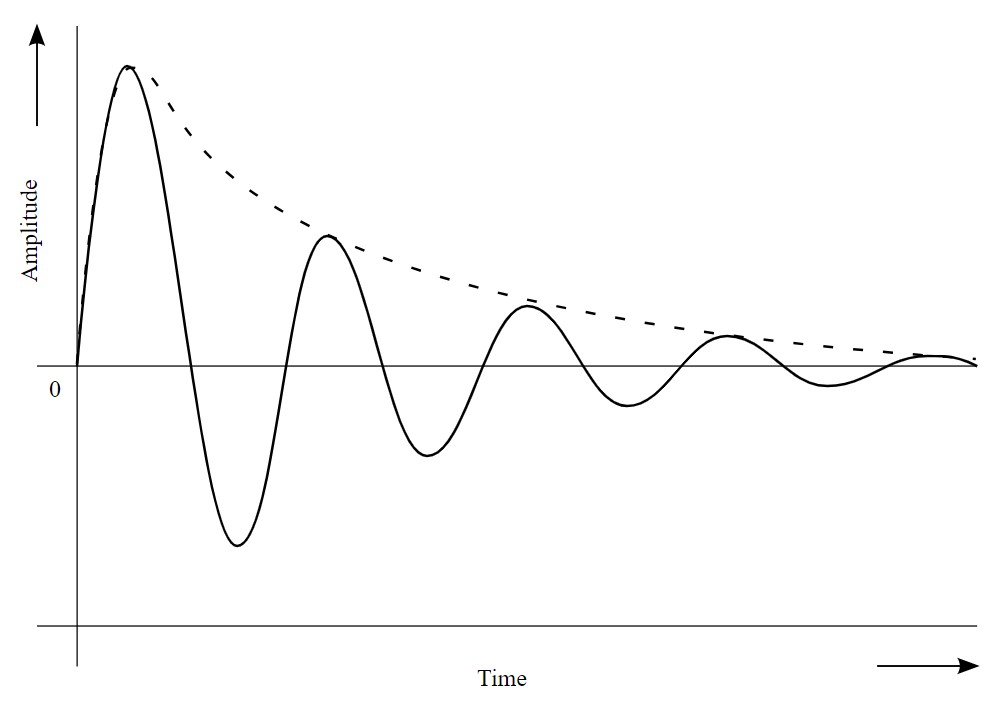 Damping refers to the reduction in oscillation magnitude because of the dissipation of energy. So to take it one step further, damping not only affects the gradual fading of oscillation amplitude, but it also affects the natural frequency of the oscillator. Depending on whether the oscillator is overdamped, critically-damped, or underdamped, the effects will differ.

In an RLC circuit, the effects of damping are determined by the damping coefficient, which is given by:

An overdamped circuit happens when R2 > 4L/C, where the circuit failed to oscillate. Meanwhile, a critically-damped circuit is where  R2 = 4L/C. A critically damped RLC circuit will oscillate once before resting in equilibrium.

Most of us are more familiar with the under-damped circuit, where  R2 < 4L/C. An underdamped circuit oscillates with exponentially decreasing amplitude over time. It is how pendulums, guitar strings, and other oscillating mechanisms behave in real-life. 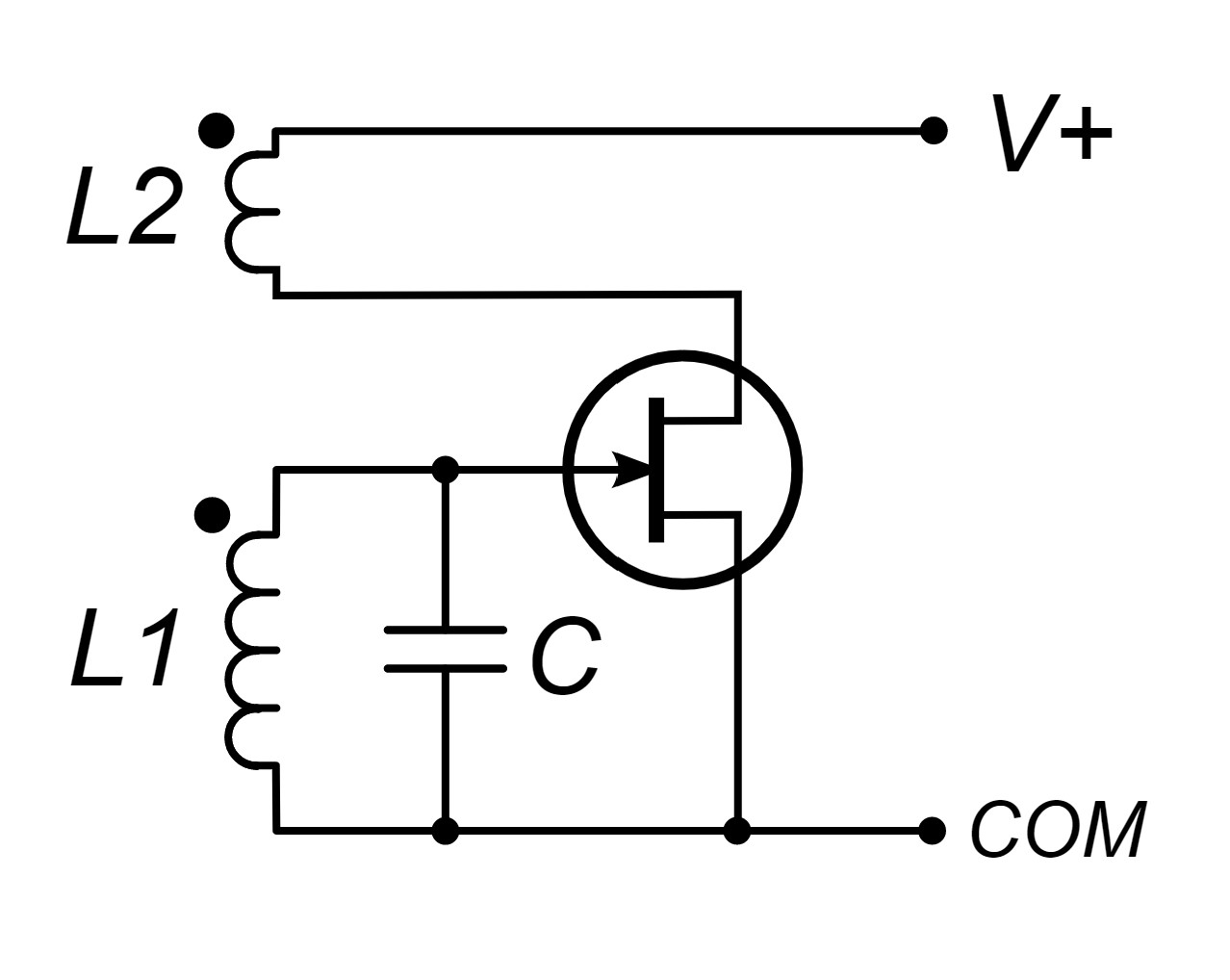 A transistor is used to compensate for damping losses in the oscillator circuit.

A damped oscillatory system is useful in many applications. For example, you’ll need the tire absorber to be damped to reduce shocks on uneven roads. An inner-spring mattress also exhibits damped oscillation, which delivers comfortable slumber. Yet, there are scenarios where you’ll need an oscillator to operate in undamped natural frequency, particularly in electronics.

A microcontroller requires continuous oscillating pulses to function properly. So does an RF transmitter, which uses the oscillating waveform as a carrier signal. With damping, the signals will deteriorate over time and make it impossible for the circuit to operate.

Understanding how damping affects natural frequency is the first step to designing an oscillator circuit with PCB software. With Allegro PCB Editor, you’ll get all the tools and libraries needed in creating schematics and PCB layouts.