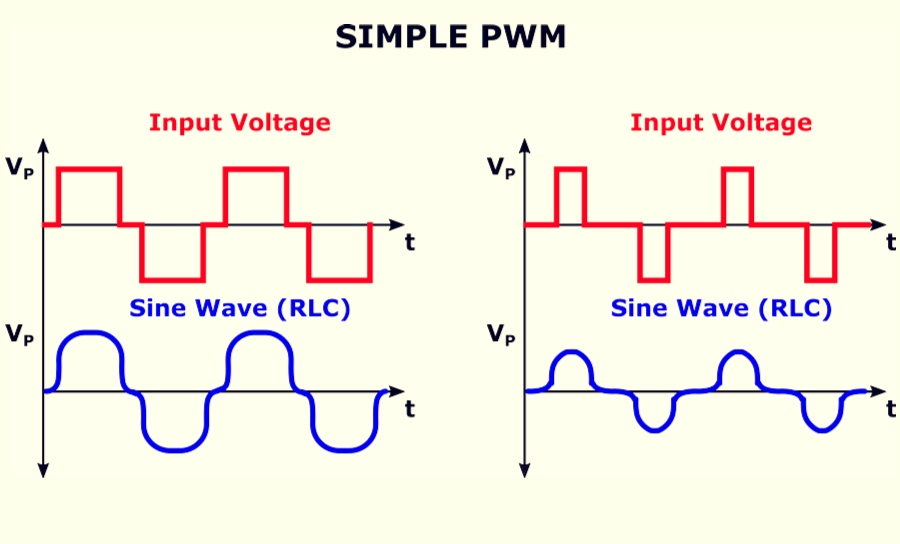 History seems full of alternate realities. During the late 1870s, the Lincoln County Regulators fought in the Lincoln County War in New Mexico. The war started when the local sheriff led a deputized group of very bad men to find and murder Englishman John Henry Tunstall. Although the sheriff and his posse claimed that their pursuit of Tunstall involved legally seizing cattle, Tunstall’s murder gave economic control for the region to several corrupt local businessmen.

Local citizens combined with Tunstall’s hired men to form the Regulators—and became a legal posse charged with finding and arresting Tunstall’s killers. One of the Regulators—William Bonney or Billy the Kid—became famous for killing several men while riding as a Lincoln County Regulator.

When we think of “regulators” today, we gleefully read the latest product releases and seek to find the best methods for achieving control in a reality filled with surface-mount components. Let’s talk about that reality for a minute. Small form factors, faster response times, and rigid-flex PCBs dominate the design landscape. The convergence of electronic design and mechanical design has prompted the use of 3D design tools.

(Voltage) Control is Everything

Each of those factors also impact PCB design in terms of how we mitigate electromagnetic interference, avoid physical collisions between components and cases, and how we control the heat dissipated by processors and other components. On this last point, active cooling systems—and the voltage regulation methods to keep those systems running—have a key role in PCB design.

You can use different types of cooling fans—and different methods of controlling fan speed--within your PCB design. The simplest designs feature either no speed control or a basic on-off control. Most designs use either a linear control based on a continuous DC voltage or a low-frequency pulse-width modulation (PWM) circuit to regulate the fan speed. Other systems rely on high-frequency control circuits.

Basic cooling fans connect to the power and ground terminals while three-wire cooling fans use a third connection for a tachometric output. This third connection accommodates an input signal that has a frequency proportional to the speed of the motor. Both fan types can operate with either a variable DC or low-frequency PWM control circuit. However, the key difference between two configurations rests with the open-loop speed control for the two-wire basic cooling fans. “Open-loop” tells us that no method exists for showing the speed of the fan. The addition of the tachometric output to the three-wire fan adds a close-loop speed control that provides feedback about the rate of speed.

Several disadvantages exist with DC voltage motor control. If a motor requires six volts to achieve its operational speed and spin continuously, dropping the voltage below the threshold causes the motor to stall, lurch, or stop. DC voltage motor control also provides a limited range of speed control—and limited efficiency--because of the need for a specific start-up voltage that causes the fan to begin turning. The limited range of speed control occurs because of the minimal difference between the start-up and operating speed voltages.

Pulse-width modulation (PWM) provides the precision and the control range required by modern electronic devices. Using a simple circuit as an example, a modulating signal in the form of a sine wave applies to one terminal and a carrier signal applies to the other terminal. The output signal goes high when the modulating sine wave goes higher than the peak of the carrier signal.

Depending on PWM channel, PWM signal, and PWM frequency, you can drastically improve the quality of your product's digital signal and output voltage. Whether analog circuit or digital circuit, the PWM period or PWM technique can serve to improve power supply regulation in analog device design or DC motor control. 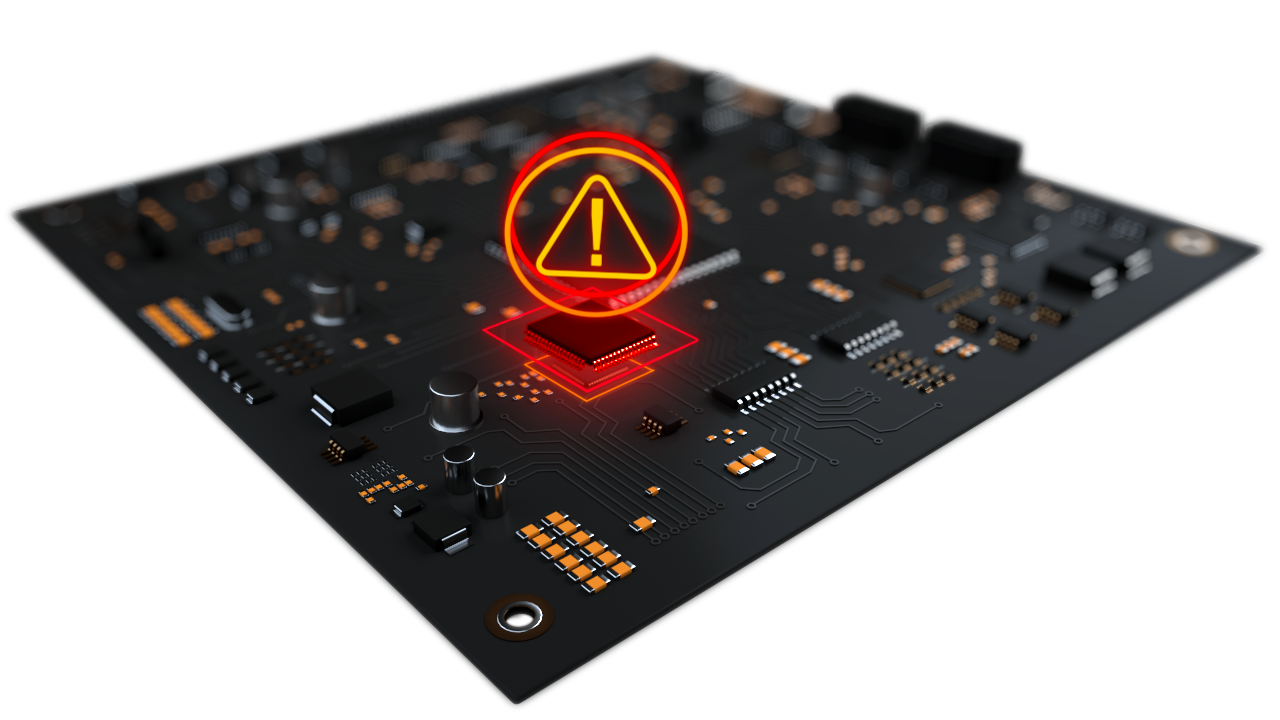 PWM signals help to regulate the voltage of digital pulses.

With PWM, a digital output consisting of a series of high or “on” and low or “off” pulses controls a motor or other types of analog devices. Within your PCB design, you can use the output of a microcontroller, a timer IC, or a switching transistor to send a PWM signal to a motor. PWM applies the power in digital pulses of regulated voltage. Even between the pulses, inertia keeps the motor and fan from stopping. As a result, most PCB designs that require some type of motor speed control use PWM. 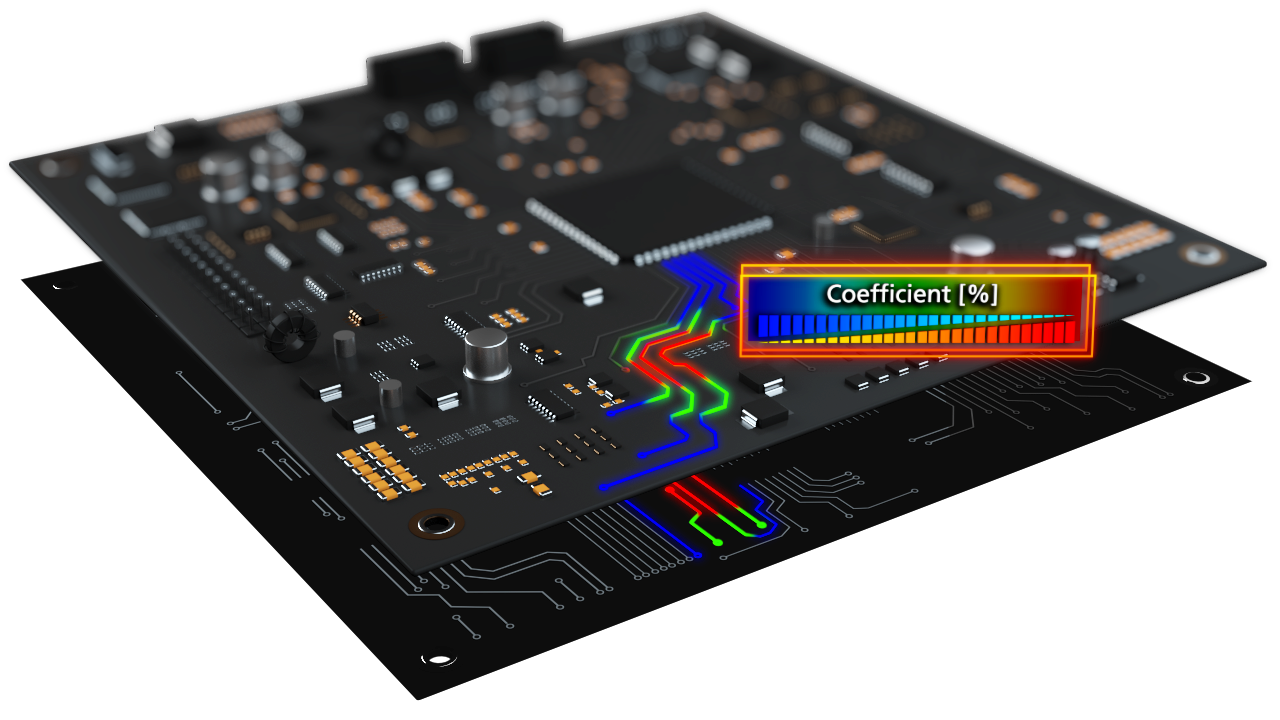 Use the duty cycles of a PWM circuit to help determine resistance and capacitance values.

Driving a cooling fan motor with PWM causes the motor to respond to the average of the pulses. In this way, PWM mimics the linear control obtained through varying a voltage that changes over time. The average voltage equals duty cycle multiplied by the maximum voltage applied to the motor.

With all this in mind, motor speed depends on adjusting the duty cycle. Typical timer circuits consist of resistors and capacitors connected to the PWM output. The resistance and capacitance values control the frequency of operation and the duty cycle.

Your design can push the motor to run faster by increasing the duty cycle of the PWM output signal. Increasing the frequency results in wider “on” pulses and a higher average voltage. Narrow “on” pulses indicate a lower average voltage. With the wider pulses, a greater amount of voltage goes to the motor. As a result, the magnetic flux within the armature windings of the motor strengthens and the rotational speed of the motor increases.

Three-wire motors can work with either DC voltage control or low-frequency pulse-width modulation. However, the use of low-frequency PWM switches the fan on-and-off and can produce noise. With low-frequency PWM, the fan only produces a tachometric output when running and—as a result—cannot produce continuous feedback about the motor speed.

To eliminate these problems, designs often use four-wire motors that have a PWM input for controlling the speed. This approach maintains the fan operation and continuous feedback while only switching the power to the drive coils. Noise elimination occurs through the use of high frequency PWM signals that drive the coils at frequencies higher than the noise range.

With Cadence's PCB design and analysis toolset, you can certainly work through any voltage-sensitive design, DC or otherwise. Working in Allegro gives you plenty of room and opportunity for managing component placement and signal integrity in any circuit design.