In the battle of brawn vs. brain, the latter will ultimately triumph. Just check out how the leader of X-Men is a mutant with superior telepathy powers but is confined to a wheelchair. After decades of being a Marvel fan, I still wish for a wall-smashing mutant to lead the team instead of Professor X. However, Professor X is clearly the most well-suited leader of the group.

What Is an Integrated Circuit? 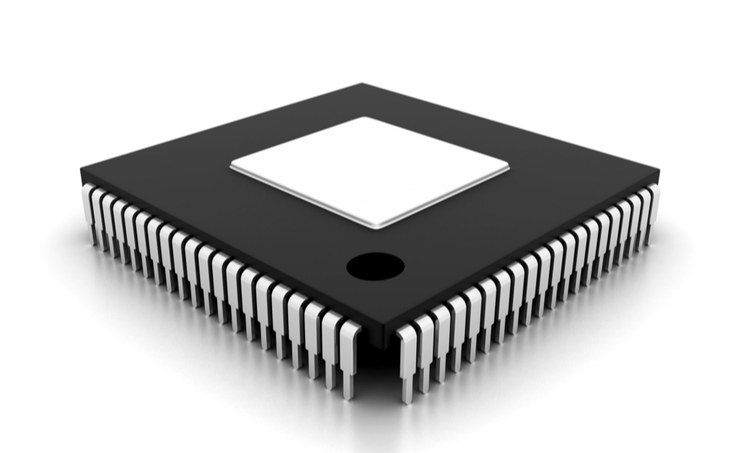 An integrated circuit contains tiny transistors on a silicon wafer.

An integrated circuit is a piece of a semiconductor chip that houses thousands to billions of transistors in it. It’s probably hard to imagine how this is possible, but it’s not shrinking down scores of typical 3-legged NPN transistors.

Instead, an integrated circuit is built by putting together the basic structure of MOS transistors on a small piece of a silicon wafer. The MOS transistors are connected in a way that achieves the same functionality of a larger setup.

You can trace back the origin of the integrated circuit to the 1960s. The idea of shrinking circuits to thumb-size was a popular one. This is because it saves cost, space, and changes how electronics are designed over the years.

Today, you can’t help but find integrated circuits in every electronics gadget and product. An integrated circuit can be as simple as an analog multiplexer, or it could be as advanced as an ethernet transceiver.

What Is a Microprocessor? 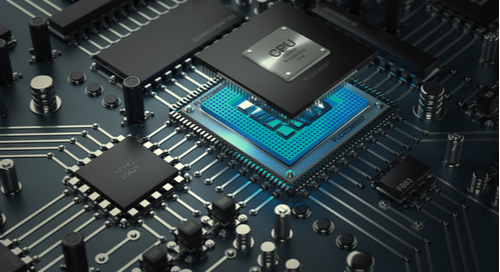 A microprocessor forms the brain of the electronics circuit.

The earliest microprocessor had thousands of transistors on the silicon wafer, but the number has reached billions in the present. The AMD Epyc Rome, which was released in 2019, has over 39 billion transistors in the chip.

Unlike other integrated circuits, a microprocessor functions as a computing brain. It is able to process logical and arithmetic instructions that are programmed into it. A microprocessor consists of an arithmetical and logic unit (ALU), a control unit, and a register array.

For most consumers, a microprocessor is often associated with the CPU of a computer. But the usage of microprocessors extends past PCs, smartphones, and laptops. Microprocessors are also developed as graphic processor units (GPU).

In commercial electronics, microprocessors are fueling the growth of single-board computers, like the Raspberry Pi. And, there’s the microcontroller, which is a combination of a microprocessor with memory and I/O peripherals in a single chip. 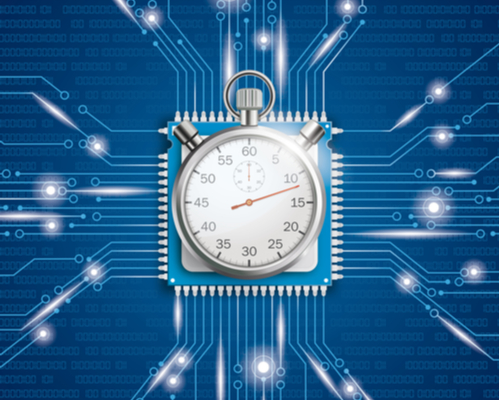 Mind the speed when working with a microprocessor.

If you skip a couple of best practices in PCB design there’s still a chance that you can create a successful design if you’re dealing with typical ICs like a differential transceiver or logic gates. Usually, these passive ICs are quite robust in terms of power supply and speed.

However, repeat the same mistakes in a design with a microprocessor and you’re likely to face hordes of issues in the prototype. Microprocessors are known to be power-hungry devices and usually operate in the range of hundreds of Hertz or Gigahertz.

You can’t afford the slightest mistakes when designing with a microprocessor and using the right PCB design and analysis software definitely helps. Cadence OrCAD supports high-speed signal simulation to spot issues early on in the design stage and hosts a wealth of other tools to help you get the job done right the first time.

If you’re looking to learn more about how Cadence has the solution for you, talk to us and our team of experts. You can also visit our YouTube channel for videos about PCB design and layout as well as check out what’s new with our suite of design and analysis tools.