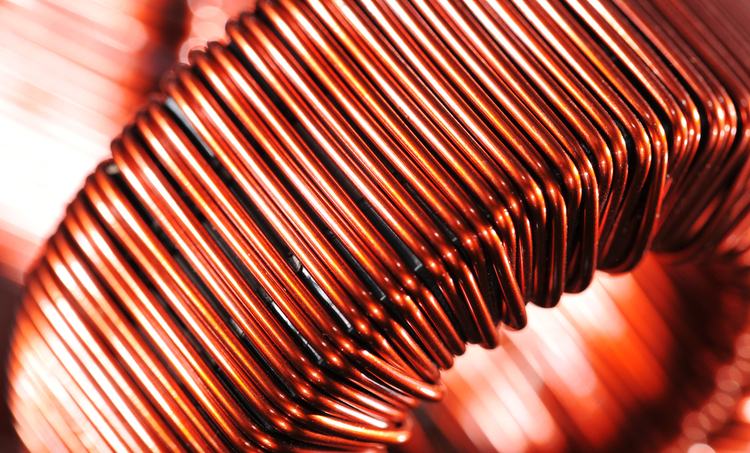 The magnetic core in this transformer will create hysteresis loss at high input current and magnetic field.

Transformers are one of those important pieces of equipment that make modern life possible, as they provide a critical power conversion function. They step up or step down AC voltage/current to useful levels, which then can be converted to DC and used to power your favorite electronics. If you want to plug anything into the wall and receive grid power, there are some important requirements you’ll need to satisfy, one of which relates to hysteresis in a transformer. What Causes Hysteresis Loss in a Transformer?

Once the input flux switches direction, some amount of magnetic flux is needed to cause the magnetization in the transformer core to switch direction. This is the essence of hysteresis; although the magnetic field has switched direction, magnetization in the core (manifested in the B-field) is not fully reduced to zero until the field exceeds a certain threshold (called the coercive force). The effects of hysteresis on the B-field in the core due to the H-field created by current in the coils is shown in the image below. 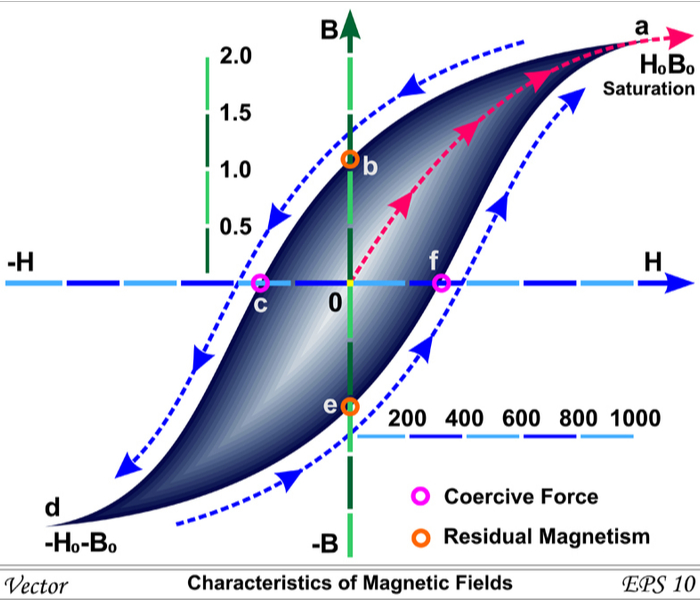 The H-field does not do work on magnetic domains in the core material, but it is still convenient to think of the magnetic field as experiencing a nonconservative force, known in many circles as magnetic friction. The analogy to friction is apt as power loss manifests itself in the core as heat. In reality, the magnetic field does actually shift magnetic domains in the core material. This leads to the familiar humming sound and vibration in large transformers that operate with very high fields. Due to dispersion, hysteresis losses differ as a function of frequency, which should be considered when selecting a transformer.

Can You Reduce Hysteresis Loss?

The simple answer is that hysteresis loss cannot be easily reduced by adding some components or adjusting the geometry. The hysteresis loss in the transformer core is proportional to the area enclosed in the hysteresis window for a given core material. For this reason, highly magnetically susceptible materials are used because they tend to have narrow hysteresis windows. Read this article to find a table with material properties and nominal losses at 100 kHz for common transformer core materials.

In addition to hysteresis loss, every transformer experiences the following sources of loss:

Example 3-phase voltage waveforms in a high current system. Note the distortion due to hysteresis.

Other Important Portions of Power Conversion

Power systems and electrical equipment must obey standards such as IEEE 519-2014, NEMA IS07 P1-2019, and IEC standards, all of which define acceptable upper limits on total harmonic distortion (THD) in power electronics. These standards affect other aspects of your system that are related to transformer hysteresis in various ways.

In addition to judicious transformer selection, you need to carefully select the following components and circuit topologies for power conversion, conditioning, and filtering. The table below shows a short list of important components and circuits that will need to be included in your AC input/conversion section:

Once you select these other components and design regulation/conditioning circuits for power conversion, you can simulate all aspects of circuit behavior with the front-end design features from Cadence and the powerful PSpice Simulator. Once you’ve designed your circuits, you can use the PSpice modeling application and simulator tools to examine hysteresis loss in a transformer and other circuits in your system.