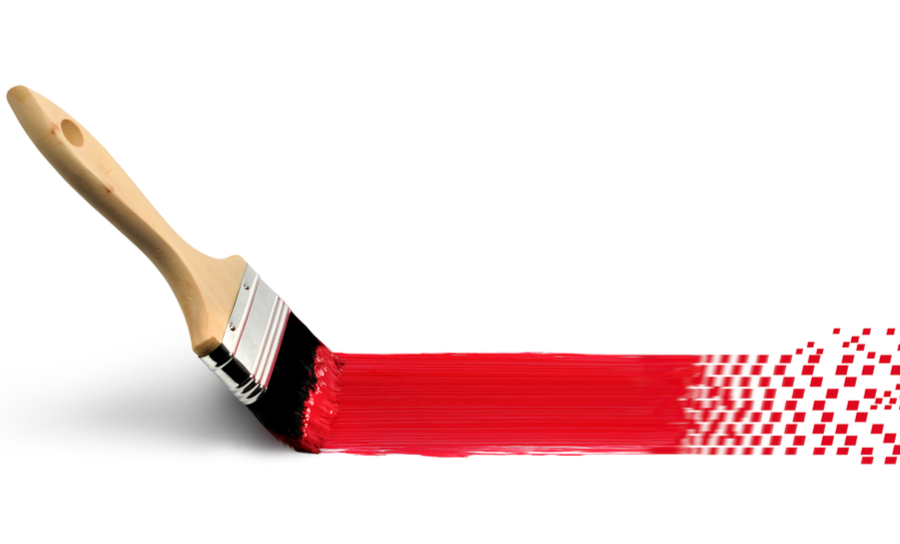 In the 2007 movie “Ocean’s Thirteen,” the main heroes of the story are told; “You're analog players in a digital world. You're done.” The comment was meant to suggest that they will ultimately fail at what they are trying to do because they are still using old and outdated methods instead of adopting a newer and more modern approach. This isn’t the only time that this analogy has been used like this as there are some who delight in the thought that if something isn’t digital, then it is outdated and no longer has value. Interestingly enough in electronics though, they couldn’t be further from the truth.

Around the world there is a mad rush to embrace the latest digital technologies, and yet digital electronics is still reliant on its analog circuitry. Even the simplest example of two resistors being used together to make a voltage divider is one form of analog circuitry, and there are many other types of analog signals that designers work with every day. How you lay these circuits out on your circuit board can make or break your design. Let’s take a look at some of the considerations required for laying out analog circuitry to better help you on your next PCB design.

There are many different types of analog signals that electronic devices need to process today. The light being captured by a digital camera, the sound being picked up by a microphone, the temperature being recorded by your wearable IoT device, and the intruder being sensed by the motion detectors in your alarm system. The microcontrollers of electronic devices can’t read the values of these signals unless they are in a digital format. To do this requires the use of analog to digital converters (ADCs) in the design.

In most designs then you have analog circuitry for the input side of the ADCs, and digital circuitry on the output side that connects to the processors. This results in a mixed signal design which means that as the layout designer you have to consider both the digital and analog requirements of the design for the best performance of the circuit board. Most designers are already familiar with the digital requirements, here are some tips on how to layout the analog portion of the board.

For the best analog layout, you first must start with the placement. Many of the trace routing and power & ground plane details that you will want to control will depend on your placement. You should note though that just as with the placement of digital components on your board, you are still governed by the same design for assembly and manufacturing (DFA & DFM) rules to ensure that your board will be fully manufacturable when completed.

You will want to physically separate the analog and digital components as much as possible in your placement. It is a good idea to plan out your placement ahead of time to create the best arrangement of parts to facilitate this separation. This way you will help reduce the likelihood of these components creating noise with each other.

You will also want to use surface mount passive components as much as possible. These parts may be a little more expensive than thru-hole components, but you will save in overall board fabrication costs as well as reducing the amount of area that the components will use. You will typically get better signal performance from the smaller component sizes of SMT parts. Another good idea is to keep noisy parts such as the ADCs more towards the center of the board instead of on the edges.

Here are some best practices for analog design trace routing:

In addition to the routing, you need to take great care in the creation of your power and ground planes as their location is critical to the signal integrity of your design. The main consideration to remember is that the analog ground must be separate from the digital ground, and this is usually accomplished by splitting the ground plane between the areas of analog and digital components. When analog and digital circuits share the same return path, it can interfere with the performance of the analog circuitry. For digital and analog ground planes that must be joined together, it is best for this point to be as close as possible to the power supply ground connection.

Another important use of this point of connection between analog and digital grounds in a split plane is to provide a bridge for traces that connect between analog and digital parts. It is not uncommon to see designers unknowingly route these traces over a plane split, and thereby force the return path to wander all over the ground plane until it can find its way back. This can potentially create a lot of noise and other problems on the board. By routing these connecting traces over the bridge where the analog and digital planes connect together however, you will provide a good solid return path for these traces. In the top portion of the image below you can see the correct way to route these traces, while the routing in the bottom portion across the split is asking for trouble. 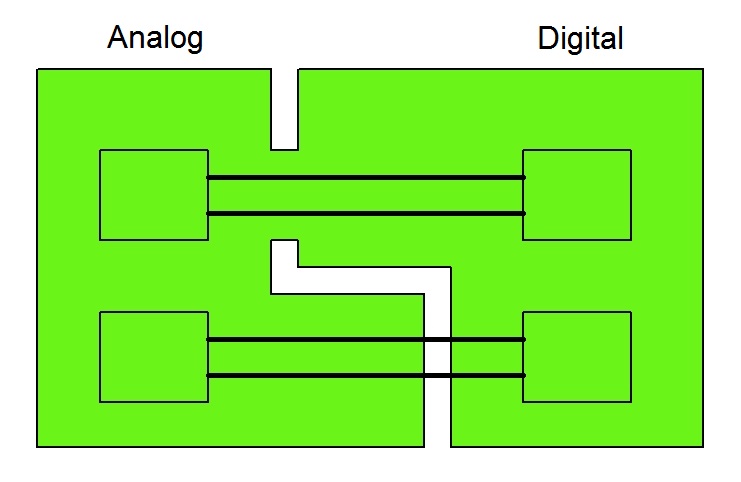 Ultimately the goal of a good analog layout is to ensure that the circuitry has the best chance to perform at its intended levels. By designing analog circuits to make certain that analog and digital return paths do not share a common plane, you can do just that. It has been said that the key to clean analog design is to pay attention to where the current flows, and the best chance to do that is to use PCB design software that gives the designer the greatest advantages with both flexibility and precision, as well as ease of use.

You don’t have to search high and low for a system like this, the PCB design tools that we’ve described are already available. The PCB design system that will give you the features and capabilities that we’ve described here is from the Cadence line of high performance EDA tools. OrCAD PCB Designer has the features you need to work with analog design. With OrCAD you have access to a variety of different features including a vast complement of design rules and constraints that will enable you to set up different parameters for both your analog and digital circuitry.