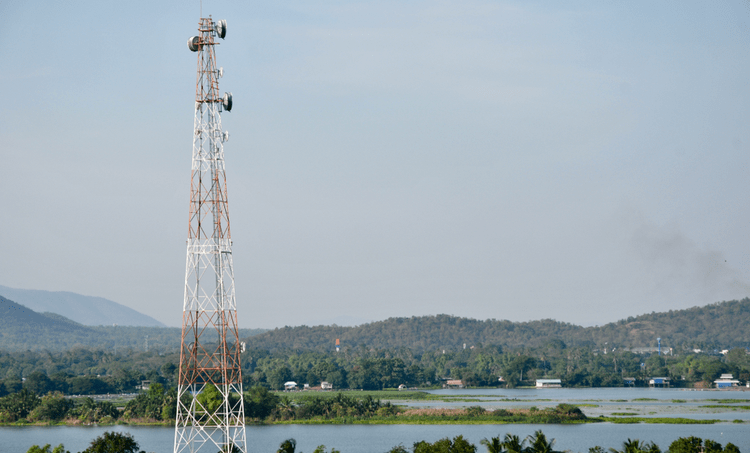 Standing wave patterns can form on these antenna elements to provide high gain and directivity.

When you want to take control of a standing wave pattern, you need to engineer reflection in your interconnects and antennas with impedance control and impedance matching. Depending on the level of impedance mismatch, you can understand the standing wave pattern you would expect to see on your interconnects when driven with a harmonic signal. For a broadband signal like a digital pulse, the result is more complex, but the same concepts can be applied with the right set of PCB design and analysis tools.

What Are Standing Wave Patterns?

Standing wave patterns are a series of crests and troughs that appear at definite locations along a transmission line. When the incident wave reaches the end of the transmission line, it is reflected back. This causes the reflected wave to interfere with the incident wave.  At specific frequencies, the resulting wave interference appears as an unmoving wave with a series of nodes and anti-nodes.

A standing wave can form in many physical systems, and standing waves correspond to resonant frequencies of the system’s eigenmodes in some cases. In electronics, standing waves form when an electromagnetic wave traveling on an interconnect reflects off of an interface with an impedance mismatch.

When the reflected wave and incident wave are perfectly in-phase, a standing wave can form that appears as a stationary sinusoid along the length of the interconnect.

If you look at the electric field along the length of the interconnect containing the standing wave, the electric field looks like a stationary wave. Standing waves can form for a range of frequencies. This means that a single-harmonic AC source can excite a strong standing if there is some reflection at one end of a transmission line.

Here, we need two pieces of information to calculate the standing wave excitation frequencies and to describe the reflection and superposition of waves on the transmission line:

To treat transmission lines, we need the reflection coefficient that is calculated using the source and load side impedances in our reflecting structure. The diagram below shows the standing wave pattern that might form when a harmonic AC wave reflects off of two general impedances, one at each end of the interconnect. This is a common example in a transmission line, where the load has some specific impedance value and is possibly terminated at its output end. When the transmission line is sufficiently long, the reflection coefficient is defined at the interface in terms of the line’s characteristic impedance and the load impedance. 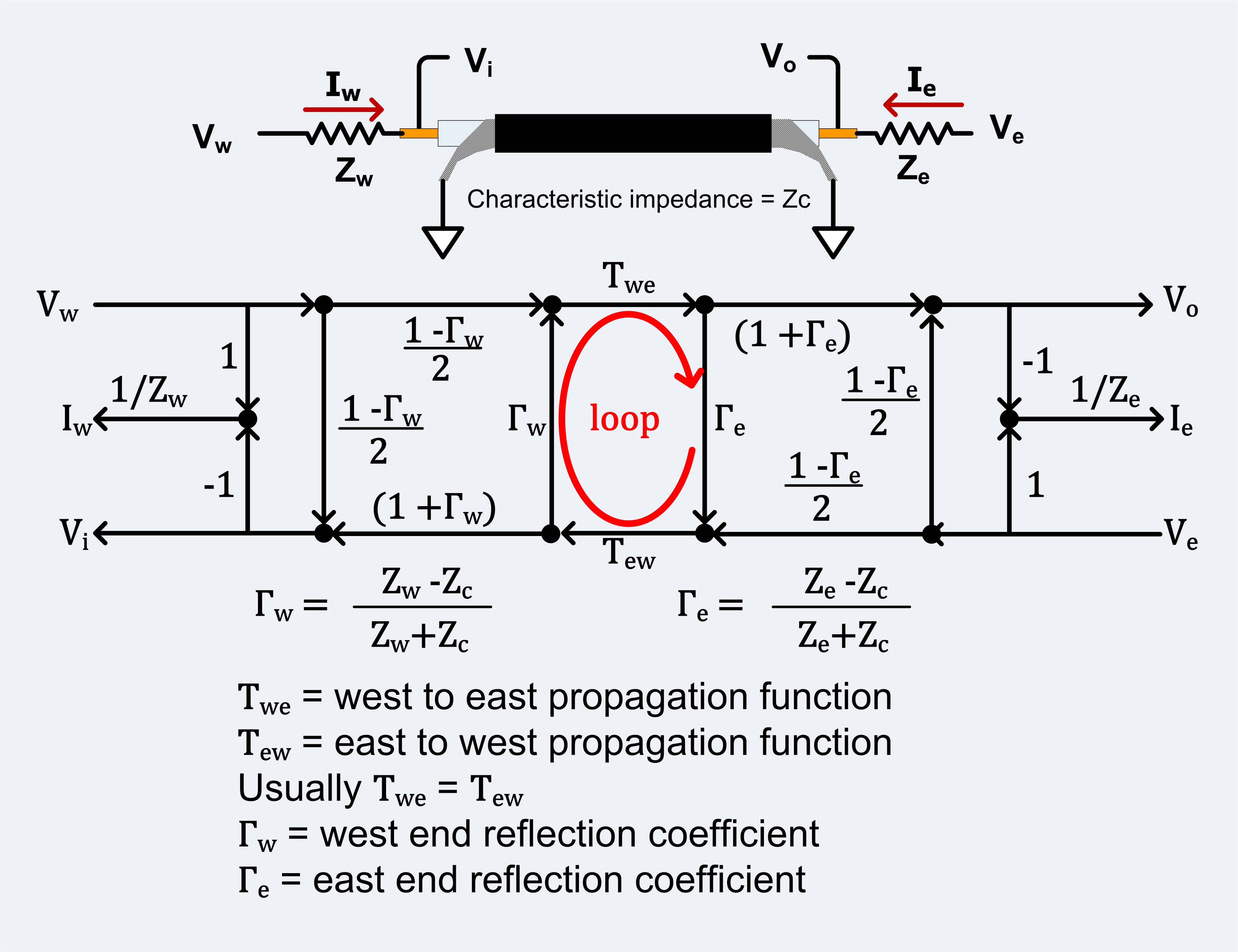 At specific frequencies, the transmission line will support the kind of standing wave patterns shown above. Outside of the line, some power is transmitted to the load, which may experience losses external to the line. This load could be some simple component, an antenna, or a complex circuit. In general, these standing wave patterns are not wanted, as there are large oscillations on the line producing radiation. These oscillations can also happen on an antenna feedline due to a mismatch between the line and antenna. However, inside an antenna, we have a different situation.

Standing waves do form on an antenna due to the impedance mismatch at the open end of the antenna. There is an impedance mismatch with respect to the air beyond the boundary of the antenna. At specific frequencies, a standing wave pattern can be excited that will correspond to a specific eigenmode of the antenna structure, similar to what happens in a resonator cavity or waveguide. Tailoring modal frequencies is an important task in antenna design and remains a continuous subject of research.

For broadband signals, we need the S-parameters for the system, as this is the best way to treat reflections. Coherent standing wave patterns like those seen above do not necessarily form unless a specific frequency dominates the signal’s power spectrum. To best understand how broadband signals interact with resonant structures, it’s best to use S-parameters. The best design software can determine impedance and network parameters directly from your layout, allowing you to identify strong reflections and potential for standing waves in your layout.

When you need to predict standing wave patterns, you need quality PCB design and analysis software to help you evaluate your PCB layout. Allegro PCB Designer from Cadence integrates with the S-parameter extraction features in Sigrity Extraction and includes a complete set of PCB design and layout features. You’ll have the industry’s best design tools for building and optimizing your interconnects to control standing waves. You can also use InspectAR to accurately assess and improve PCBs using augmented reality and intuitive interaction. Inspecting, debugging, reworking, and assembling PCBs has never been faster or easier.