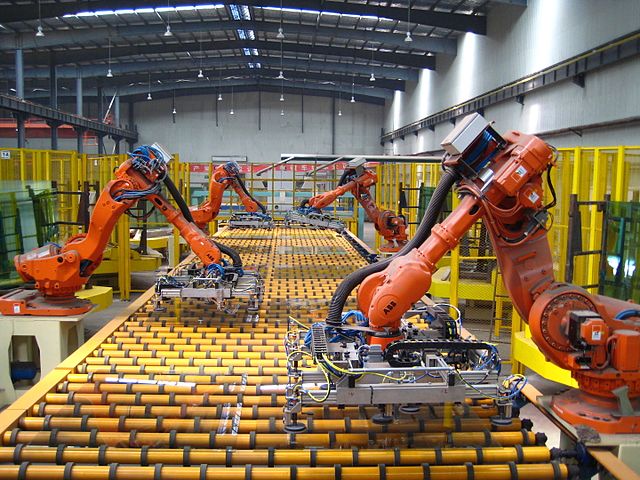 Robots are a hot topic these days. From helping doctors in the operating room to helping survivors of a natural disaster, it’s clear that robots are poised to play an important role in the future economy.

In many ways, they already are. In sectors like manufacturing and farming, automation is already becoming a norm, and that trend is only set to continue. As the needs of the market and the world change and evolve, robots are going to pick up the slack and fill niches.

According to a McKinsey analysis, one third of all manufacturing activities are performed in a predictable environment. That means these tasks are simple and repetitive, making them easier to build robots for. Some examples include packaging products, loading materials, to equipment maintenance. Since there are so many kinds of these tasks to be found in manufacturing, 59 percent of all manufacturing activities could be automated. In this future, robots would take over these sorts of jobs — jobs that could be strenuous or even dangerous to human workers. The technical capability to program robots to do these tasks either already exists or is approaching the end of development.

While 59 percent sounds steep, it’s worth breaking down that statistic a little bit further. In pure manufacturing — jobs like welding, cutting, soldering, or brazing —up to 90 percent of activities could eventually be automated. But that doesn’t mean that all manufacturing related jobs can be automated to that degree. The amount of activities that can be automated in, for example, customer service, is still below 30 percent. And although chatbots are becoming more widespread, there is still a long way to go before they can fully replace humans. Some tasks still need a human touch.

Still, even when automation occurs to a degree where machines take over tasks previously performed by humans, that doesn’t mean the jobs disappear overnight. Sometimes, jobs in these fields even increase in partially-automated fields, since the overall demand for the activities grows.

The cost of developing and deploying robots also shouldn’t be overlooked — it’s possible that the cost of automation might be prohibitive in some sectors and prevent widespread adoption of automated technology.

There are certainly concerns about the concept of a robot stealing jobs from human workers, and that is not an unfounded fear. However, it’s also not new. Robots have been involved in American manufacturing since the 1960s, and the perpetual cycle of destroying old jobs to create new ones has been unfolding for centuries — and that pattern will continue in the future. And it’s often for the better:  in the 1980s, a main driver of the adoption of industrial robots was worker safety. Robots took over strenuous and repetitive jobs that were dangerous to humans, reducing injury rates.

Still, the transition between jobs is not always easy for workers. There will be new kinds of  jobs created by the widespread adoption of these robots, like mechanical and electrical maintenance of machines,  and software care. But these higher level jobs aren’t a direct replacement for the labor the robots are replacing. Paid training or apprenticeship programs could be one solution to the skill gap.

Looking to the future

Robots in manufacturing might be a popular topic, but their use in other sectors like retail, agriculture, and food preparation shouldn’t be overlooked. In uses as diverse as customer service in retail (chatbots using AI), food preparation (developing both multitasking and unitasking robots for restaurant kitchens and personal use) and farming (harvesting specialty crops like white asparagus more efficiently, or deploying robots that kill weeds) robots are making a splash. The effects on those sectors might hold insights for what’s next with robots and manufacturing, so they are all areas to keep an eye on.

The manufacturing space of the future will likely use of both robot and human labor, working together. While automated machines can perform tasks faster and more efficiently than human workers, humans have the analytic skills, expertise, and knowledge to optimize production and solve issues that arise in factories. Figuring out how to blend these two types of labor is one of the most important economic questions of the century.

An example comes from the food industry — a novelty burger joint in San Francisco, to be exact. Creator is a restaurant that cooks a burger via robot, instead of a human chef. But humans are still integral to the restaurant. Freed from the drudgery of burger flipping, workers participate in more engaging tasks like taking orders, plating and serving the burgers, and troubleshooting the machine. The restaurant passes on the savings from the reduced labor to its customers (though the burgers are made with premium ingredients, the cost $6) and employees (who start at $16 an hour and are encouraged to use 5 percent of their time on the clock reading). This kind of balance could translate into the manufacturing sector.

Including robots in manufacturing jobs isn’t new. However, the technology is going to continue developing and robots may someday take over far more tasks than they already have. Certain tasks and jobs are more likely to be automated than others, depending on the complexity, advances in technology, and cost. Lessons can be learned from parallel industries that are also incorporating robotic technology, like farming and retail.