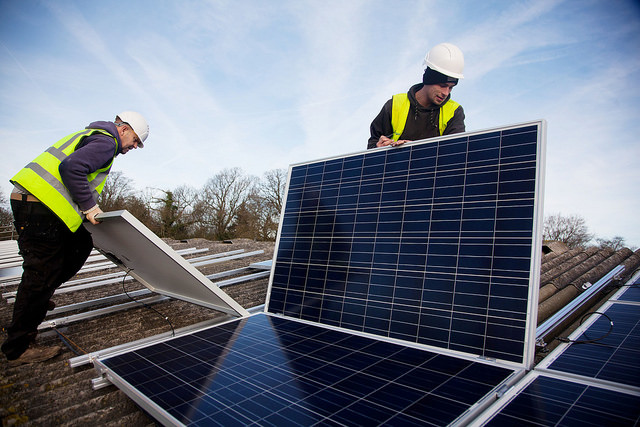 By 2040, analysts expect the world’s population to grow from its current 7.6 billion to reach 9 billion. In order to meet the inevitable energy demand, net electricity production will need to increase by nearly 48%. Due to this steady increase in both energy consumption and population growth—not to mention heightened environmental concerns—the call for innovation in power technology has grown louder.

The three major fossil fuels—petroleum, natural gas, and coal—accounted for about 77.6% of the U.S. primary energy production in 2017.  In response to demand for more efficient and environmentally-friendly energy production, changes are coming.  Fortunately, there have been many advances in the arena of power technology, with an emphasis on renewable methods.

Some of the most promising renewable energy technologies include:

After noting the disparity between research and development dollars spent in the energy sector vs. money spent in the pharmaceutical industry and tech field (less than 0.23 percent of revenues versus double digits for the others); Bill Gates got involved with TerraPower, a U.S.-based startup that is working to refine methods of nuclear fission. The company is developing technology that will utilize fuel made from depleted uranium, eliminating the need for reprocessing. Not only will reactors function with a higher thermal efficiency, but this method will allow for cost savings and environmental protection through the reduction of greenhouse gases.

Over the last decade, the costs of solar have gone down by more than 70%, making it a highly desirable power alternative. The goal is to make alternative energy methods both efficient and cost effective. Swiss and American engineers are currently working on Perovskite solar cells as an alternative to silicon cells. These panels have the potential for both high efficiency and low cost. And MIT researchers have built a solar thermophotovoltaic device (STPV) that they believe  can more than double the amount of energy produced by solar cells utilizing solar panel heat waste.

Though the development of wind farms has caused some controversy—especially in shoreline communities, where residents fear that their views and property values will be compromised—the emergence of high altitude wind turbines has proven to be beneficial.

Some experts suggest that they could eventually handle 100 times the world’s electricity demands. Size matters when it comes to wind turbines, so farms are increasingly moving offshore where there are no zoning restrictions.

GE Renewable Technology recently announced its development of the largest turbine yet called Haliade-X. GE estimates that the Haliade-X will produce 45% more energy than current offshore wind turbines. The company is investing $400 million in this project, which they expect to complete by 2021.

Tidal energy harnesses the wave and current flows to produce energy. It is even considered by some to be more reliable than wind power, especially in geographic regions that are between 30º and 60º latitude in both hemispheres. In the winter—when electricity usage spikes—it produces more power, coinciding with the increased demand. According to a recent UK report, experts suggest that tidal energy could provide up to 20% of the UK’s power needs.

Since they first appeared on the market nearly three decades ago, lithium batteries have been the standard, particularly for use in consumer products. Though hydrogen fuel cells have long been identified as a viable alternative, development has stalled due to material costs.  Toyota and Honda are now working to advance hydrogen fuel cell technology for application in the automotive industry, however, where they would have the potential to provide yet another alternative to fossil fuels.

Microbial Fuel Cell (MFC) technology
Another emergent technology that has garnered attention from renewable energy advocates is the microbial fuel cell (MFC). MFCs are able to utilize the ultimate renewable resource—bacteria—to initiate an oxidation reduction reaction without external power. Though MFC technology may not be ready for wide-scale application just yet, it has shown potential for wastewater treatment, where agricultural runoff can be cleaned to sewer-safe levels while simultaneously generating electrical energy.

In the future, we are likely to see even more hybrid approaches to energy innovation where multiple renewable methods are paired together to offer energy solutions that are robust and scalable. One early example of this cross-technology integration can be seen in Tesla’s new solar-powered Powerwall, which uses lithium-ion technology to self-store solar energy to provide 7 days of continuous power to a home in the event of an outage.

Researchers have shown that harnessing renewable energy sources for power production is possible. As we move forward, reliable energy storage, perhaps through the use of ultracapacitors, is our next hurdle. Once this challenge is resolved, renewable energy can be collected efficiently and released on demand—freeing us from depending on an overburdened electrical grid.