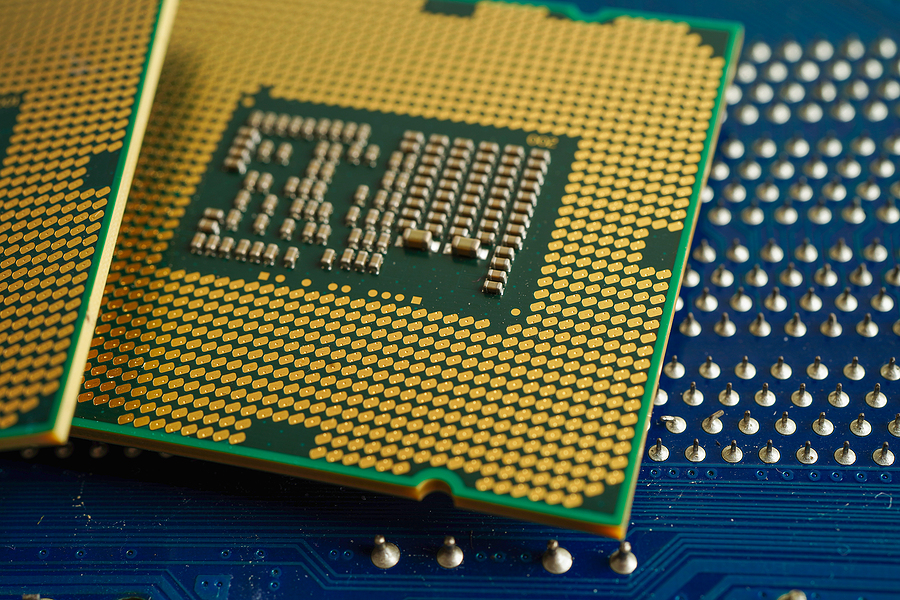 30-40 years ago, semiconductor packaging lacked a certain elegance. Younger engineers are familiar with the DIP packages they used in lab classes, but that style was formerly the standard packaging used for most components. Once SMD packaging became mainstream, and the standard assembly processes were able to provide the required quality and yield, semiconductor packaging for SMD components has seen continuous innovation that continues to this day.

Advanced packaging for semiconductors has focused a variety of methods for expanding functionality, and has even gone in the direction of modular chip packaging design. Together with advanced semiconductor processing capabilities, modern chip packaging also packs more features into smaller spaces by building chips in three dimensions.

Today, packaging comes in many varieties, ranging from the traditional single-die chip or flipchip with wirebonding, up to advanced products integrating multiple chipsets in a modular fashion. Design tools have been available to build a variety of packaging structures for the past three decades, but these have only recently been used at scale to design advanced ASICs, processors, and highly integrated SoCs/SIPs.

In addition to market pressure to pack more functionality into smaller devices, this trend is being driven by the concept of heterogeneous integration. The concept is even outlined in IEEE Electronics Packaging Society’s (EPS) Heterogeneous Integration Roadmap. In this packaging methodology, designers take multiple components, which could be supplied by different vendors, and combine them into a single package on top of a substrate and interconnect structure.

The foundational piece that makes advanced packaging possible is interposers. These thin substrates provide a base where individual dies will be placed, as well as tiny interconnects to attach to the main packaging substrate. Interposers used in these advanced packages are made of three possible materials:

Although glass is known to be very useful for wideband heterogeneously integrated products operating at very high frequencies (around 100 GHz), silicon has an additional benefit as an interposer. Silicon interposers can be active, meaning they are part of the device fabric and can contain circuits built into the interposer.

If you think about it, an interposer performs a similar function as a PCB. Even though the interposer is planar like a PCB, and it uses vertical interconnects to pass between layers, most PCB and IC design tools are not capable of performing the necessary design and analysis tasks needed to build interposers.

These factors do not always simplify the process of designing assemblies with advanced packaging. Instead, it shifts that complexity onto the packaging designer. Depending on the number of I/Os available on the component, the BGA or LGA footprint for these packages can still be very large with fine pitch. The standard set of best practices for placing and routing into BGAs/LGAs will still need to be implemented in the PCB layout.

The package-on-package (PoP) concept is similar to a set of stacked BGAs. Multiple packages are constructed with BGA footprint and stacked vertically on successive substrate layers. In theory, this allows an existing package to be integrated directly on top of another package, similar to stacking multiple PCBs on top of each other. The lowest level ball array is soldered to a PCB and provide access to the remaining portions of the package.

This is less of a specific packaging structure and more of a design methodology or type of packaging design. All systems-in-package (SIPs) follow a specific design concept: the package attempts to integrate as many components as possible so that the package contains an entire system, often being designed for a specific application.

Any of the following elements can be present in SIPs for advanced components:

Some newer components are being designed as SIPs or SoCs with advanced reconfigurable logic, meaning an FPGA coprocessor is implemented in the package. This gives the component designer significant flexibility to tailor an SIP to their end product, as well create a caveat for later reconfigurability once the product is deployed in the field.

Finally, there is sometimes a distinction made between a system-on-chip (SoC) and an SIP. An SoC is still an SIP, but it only exists as a single chip, which may not be designed as an interposer. For this reason, you might see some SoC products placed in traditional packaging or in integrated packaging with an interposer and substrate. SIPs also provide the integration seen in SoCs, but they implement the type of integration with multiple components outlined above.

No matter what type of advanced semiconductor packaging is used for your components, you can place and route these components in your physical layout with the complete toolset in Allegro PCB Designer from Cadence. Only Cadence offers the best PCB design and analysis software that includes industry-standard CAD tools, powerful routing features, and much more.