The power distribution network of a PCB is a miniature version of the typical municipal substation. Let me explain. The first thing that comes to mind when someone says “High Voltage” is the power grid. In order to get energy from the power plant to the users, the infrastructure is set up to jack up the voltage into the 100 kilovolt range.

Once the power lines reach the customers, the voltage is stepped down for safer distribution. The same physics apply. The power lines have measurable voltage drop just like our PDN has. Civil engineers that develop the floorplan for a substation considers many of the same factors. According to The Lineman’s and Cableman’s Handbook (McGraw-Hill) a power substation may have some of the following functions.

That sure looks like some of the same goals we face when designing our power domains. We’re altering voltage levels from the main power source to power up the various devices. We keep tabs on the energy flow using sense circuits while isolating various nodes. Meanwhile, lightning is a real risk for the electrical grid in the same way that electrostatic discharge can be detrimental to our electrical circuits. 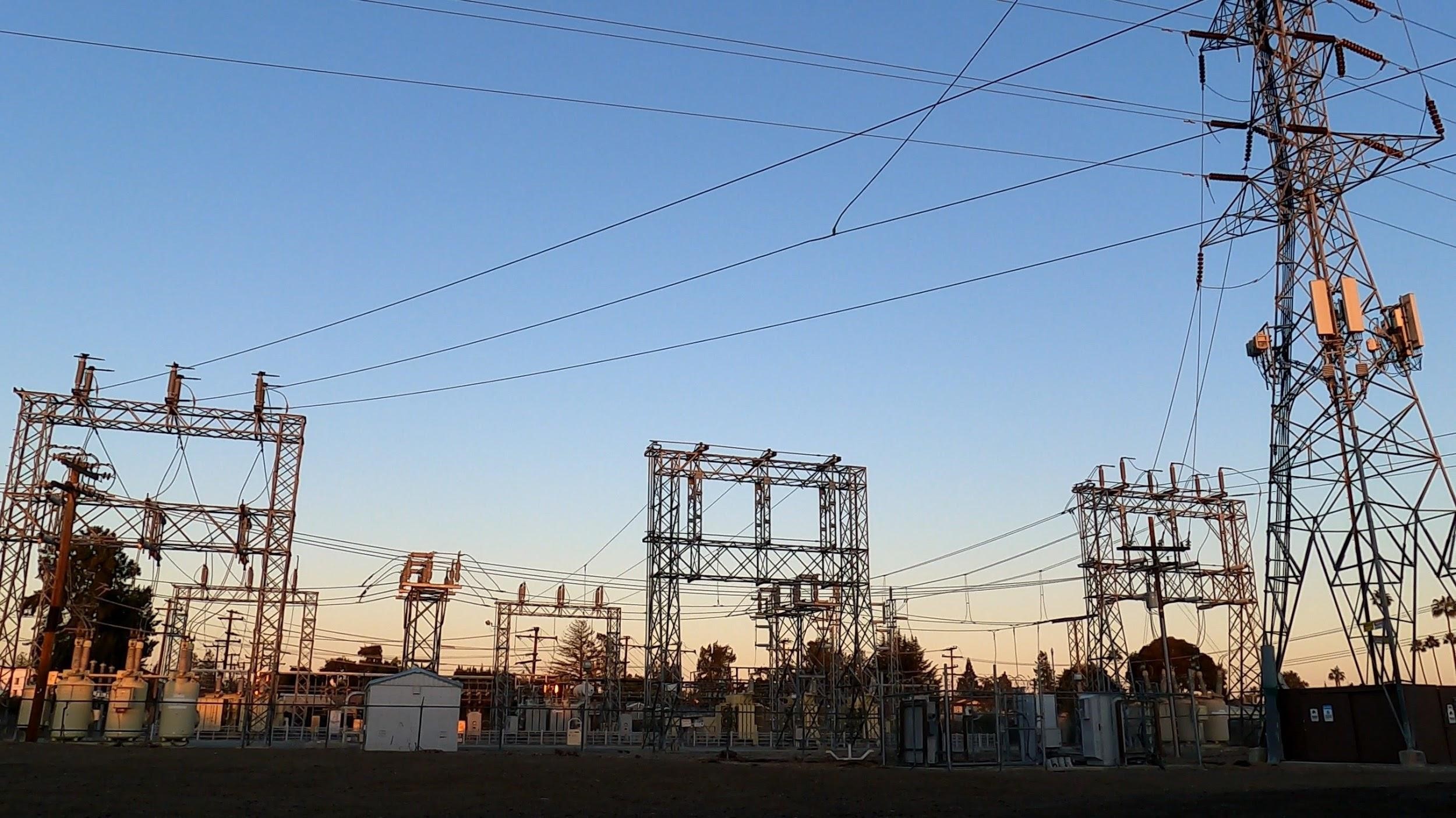 Image Credit: Author - The high-voltage side of a substation. It is not all that different from a PCB; just a matter of scale.

Electro Static Discharge - The PCB Equivalent of a Lighting Bolt

Doing an image search for “anatomy of a substation” would return several images that chart the elements of the installation from the perimeter fence to the gritty details of dealing with mother nature. A big enough substation is going to have a high wire over the facility. The top wire is meant to take lightning strikes and safely shunt that huge voltage spike to ground. The same lightning suppressor circuit also accounts for huge voltage spikes that come along when a power plant has an anomaly.

We also deal with lightning strikes of a sort. Electrostatic discharge is the name of the microlighting that threatens our electronic devices. There is no current (AC or DC) behind the charge but the brief arc between our finger and the machine is at least three thousand volts (3KV) if you can feel it. Taking it further, if it stings enough that you can hear it, you’re potentially delivering a (20KV) twenty thousand volt strike. 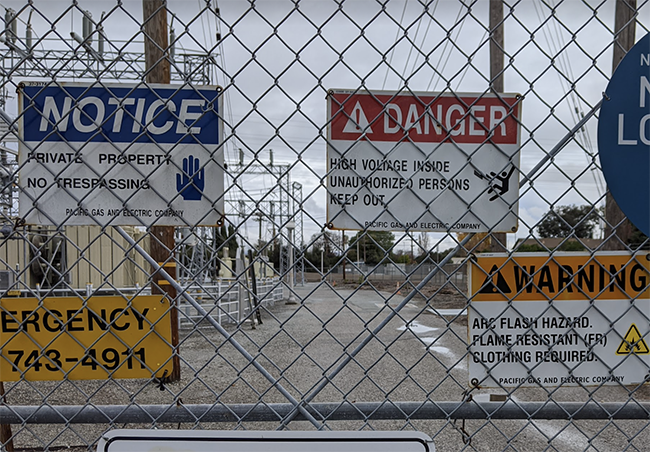 Knowing that the large voltage differences are all it takes to initiate a spark, we need to take care of the problem the same way as the terrestrial power systems. We tend to look at the perimeter of the PCB as a chance to create an EMI shield using a ring of ground vias and copper pour. That same ground perimeter comes to the rescue when an ESD event happens.

Of course, the final gift of a solid ground system is the thermal efficiency from an ideal heat path away from the action. Even with sufficient allowance for clearance, the path of least resistance can become the dirt and grime on a circuit board. Keeping up appearances is helpful for long term reliability. Conformal coating is another way to reduce arcing and sparking where high voltage is present.

PCB Components on a Grand Scale

Other equipment in the installation include circuit breakers, transformers, switches, relays, and bus bars, the last of which perform the duty of our power planes. The civil engineer is doing a site layout with the same functions but on a grander scale. The two of us together could not lift a resistor used in the power substation but we all operate with the same terms. 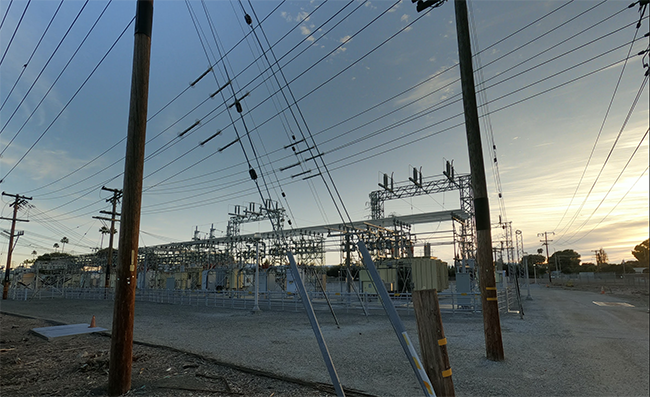 Image Credit: Author - The “smart grid” relies on the readings taken on the load side where the juice is stepped down for distribution. The operation is similar to the feedback loops in our switch mode power supplies.

While the scale and magnitude of the operation is vastly different, the PCB Designer also gets to allocate resources where the coin of the realm is electricity. Distributing a steady supply of clean power around the board is about one third of the battle. All of those traces just sit there until there is power. Adding cellular antennas to electrical towers is an example of mixed signal design.

Power Management Integrated Circuits - The Workhorses of the Chip Set

Every board has its own little grid with regulators near their loads or possibly packed into PMICs - power management integrated circuits. These devices resemble the larger substations where there is a lot of up-converting as well as down-converting. Several power domains radiate out from the PMIC in a planned order to feed an SOC or similar device. While these are not typically the higher voltages, the complexity requires the attention of a Power Integrity specialist.

We also pay the cost of inefficient power distribution. Picture those truck-size transformers as our linear regulators. The utility companies are just as concerned about over-voltage, ripple and other specifications. Whether it’s a board or neighborhood voltage supply, the more heat we can remove, the more power we can make. Space is our best friend around the hard working devices. Since the applications are endless, so too are the solutions.

The solutions typically start adding up all of the power requirements in terms of wattage (volt x amp) and then apply a derating curve to calculate the minimum for the system. These watts have to be divided up to all of the power-hungry applications. Now that we know the system budget, we can incorporate a circuit that serves those requirements and allows for potential future growth.

Larger voltages generally split down to smaller ones but sometimes, it’s the other way around. We will buck or boost the voltage as required. It’s that peak working voltage that concerns us the most. Naturally, we want “enough” space between circuit elements but how much is enough and how do we safely do more voltage with less space?

Let’s start with the biggest lever we can pull; the PCB material stack-up. Printed circuit board dielectric materials vary in many ways, one of which is called the maximum breakdown voltage. IPC-4101 is divided up into so-called slash sheets that sort the base materials by the following criteria:

The last bullet is one of interest when it comes to withstanding high voltage. The IPC has graded the dielectrics on a scale from 0-5 where a ‘5’ is rated up to 100 volts and ‘0’ is good for 600 volts and beyond. So, maybe that’s more of a 5 to 0 scale with 4 through 1 filling in the increments between 100 and 600 volts.

A happy medium is found in our typical FR4 material where it is rated as a 3 which means it can have an upper limit between 175 and 249 volts. That doesn’t correspond to the operating voltage so much as the largest possible spike that could occur on the net and the proximity of other voltage sources of differing magnitude. Let’s look at a scenario where FR4 material may not be the best solution.

Materials that are rated above this category are the ceramics and other exotic materials. They are intrinsically better at minimizing conductive anodic filament (CAF) propagation. A number of conditions can align that allow a conductive salt containing copper to begin forming along the etch boundary. A salt-fog like you’d get along the coast is an ideal environment for CAF propagation.

Resembling root systems as it takes advantage of the micro-fissures in the dielectric material, the filaments can grow over time reducing the air gap between other electrical elements. Glass fiber/resin systems can act like sponges that will expand while absorbing moisture from the environment. 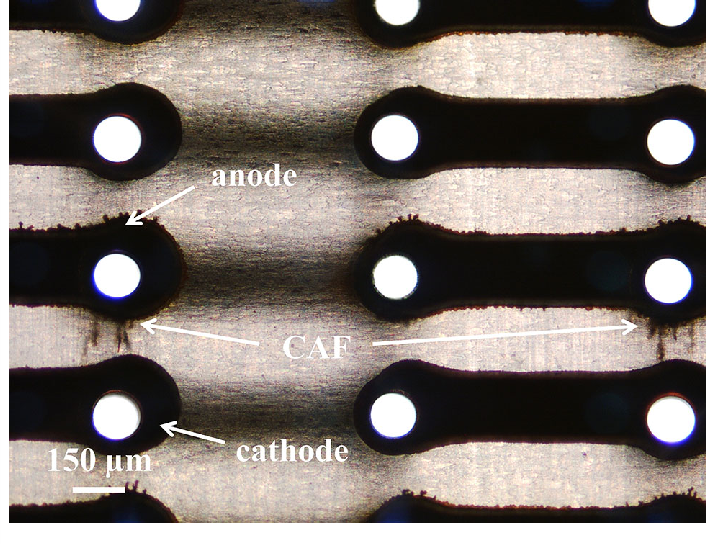 Image Credit: Research Gate - This image is from an experiment shows the potential hazard of CAF.

It doesn’t have to be a big number of volts to give you a jolt. The difference is that the higher voltage is more likely to bridge the gap in one way or another. When we flooplan a PCB for optimum power distribution, we share a little with the designers who work behind the scenes of the utility companies.