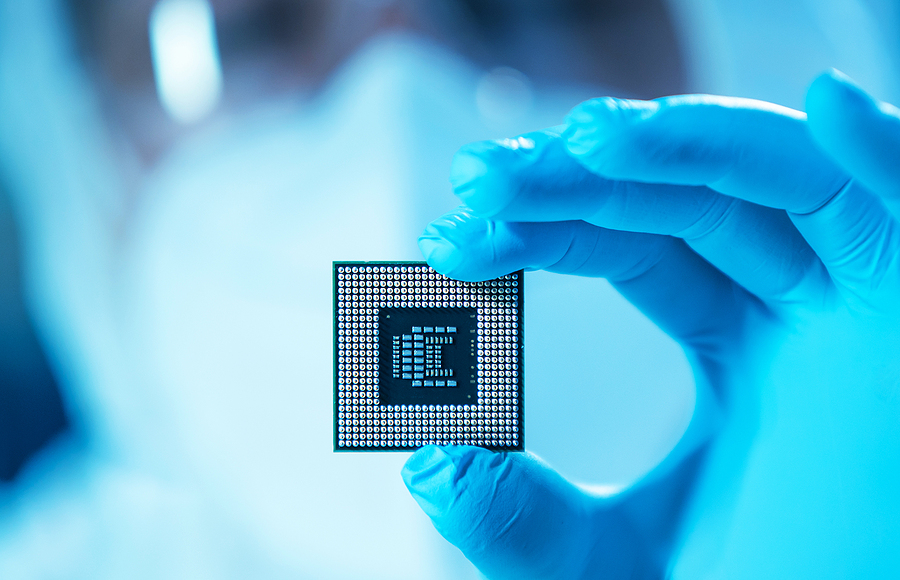 Today’s advanced semiconductor products can only exist because of major advances in packaging. Heterogeneously integrated components rely on a structure called an interposer to provide electrical connections between dies and components inside the package. These structures are analogous to PCBs in that they provide a substrate for connecting multiple components into a single package. In terms of design, there is much more freedom on an interposer than on a PCB.

Although interposers offer packaging designers some flexibility in how they arrange and connect 2.5D and 3D integrated components, there are limitations to what you can do on an interposer. EDA tools for IC and PCB design cannot fully automate important interposer design tasks, partially because there continues to be new innovation in this area and interposer structures are not fully standardized.

Anatomy of an Interposer

Interposers for advanced packages need to be custom designed to fit specific chip packages and a package substrate. In this way, interposers are a lot like bare circuit boards; they provide a platform where a full package will be assembled. All interposers are designed to provide three important roles:

The structure contains a set of small vias (called through-silicon vias, or TSVs) and small pads used to make connections to semiconductor dies inside the package. The interposer connects back to a package substrate, which facilitates further routing between components and to the exterior of the package. The bottom side of the substrate contains an array of solder balls (BGA footprint) that can be assembled on a land pattern on a PCB. 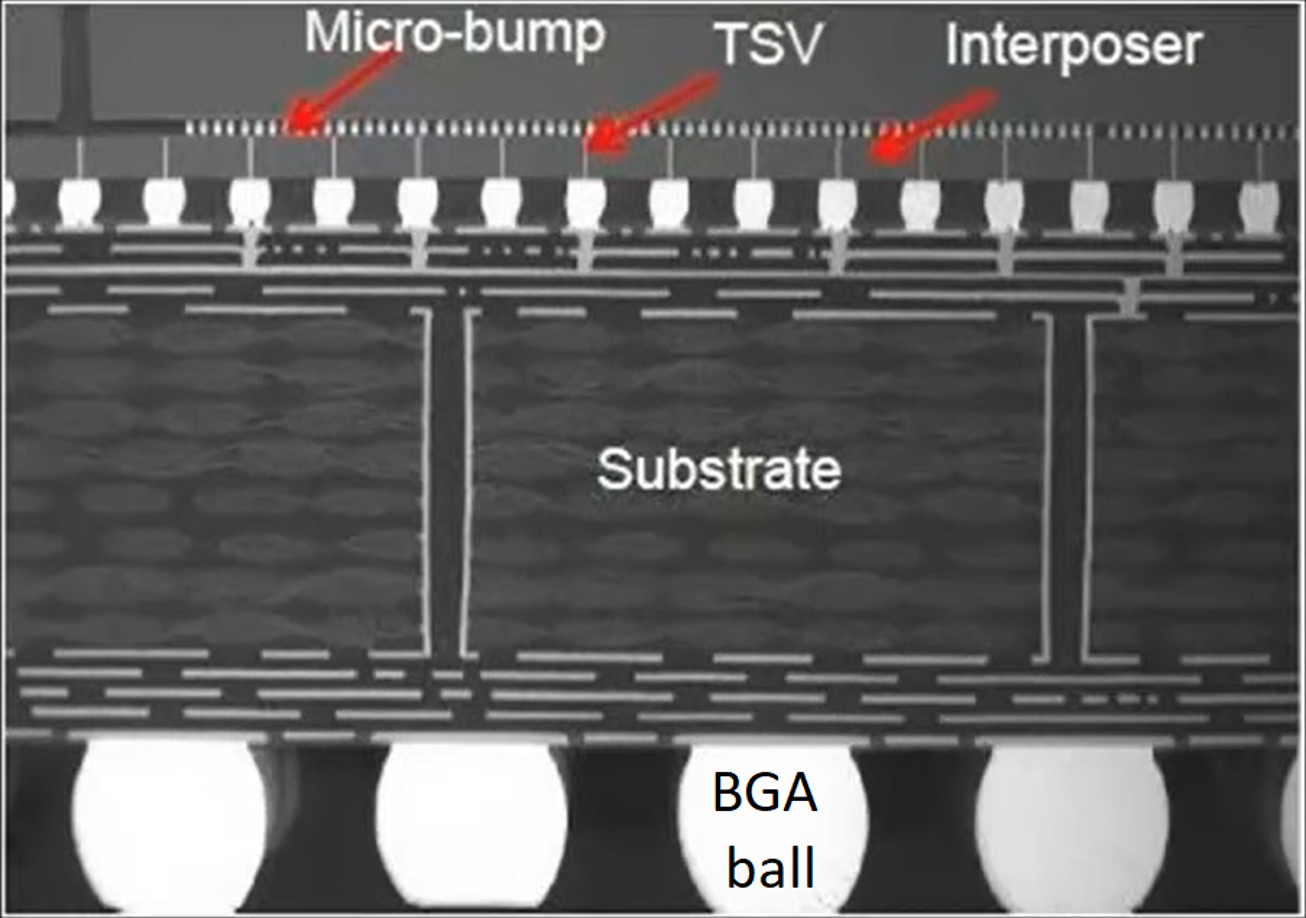 Side-view SEM image of a component packaged on an interposer and package substrate.

Between the TSV region and the microbumps on the top layer of the interposer is a redistribution layer, or RDL. This layer contains the main horizontal interfacial connections that provide links between component dies on the top side of the interposer. The structure of the interconnects in an RDL resembles blind/buried microvias found in an HDI PCB.

Interposers are generally made from three possible materials: silicon, glass, or an organic substrate. Interposers are fully fabricated at foundries (TSMC is the main supplier), including the TSVs and horizontal interconnections that will bond to the package substrate and semiconductor dies. The interposer can be designed to function in two ways: as an active or passive device.

Passive interposers have a simple function: to provide electrical connections between dies on the top side of the interposer. Aside from conductive tracks, these components do not contain any electronic circuitry. They are simply a structural support with conductive paths for signals. 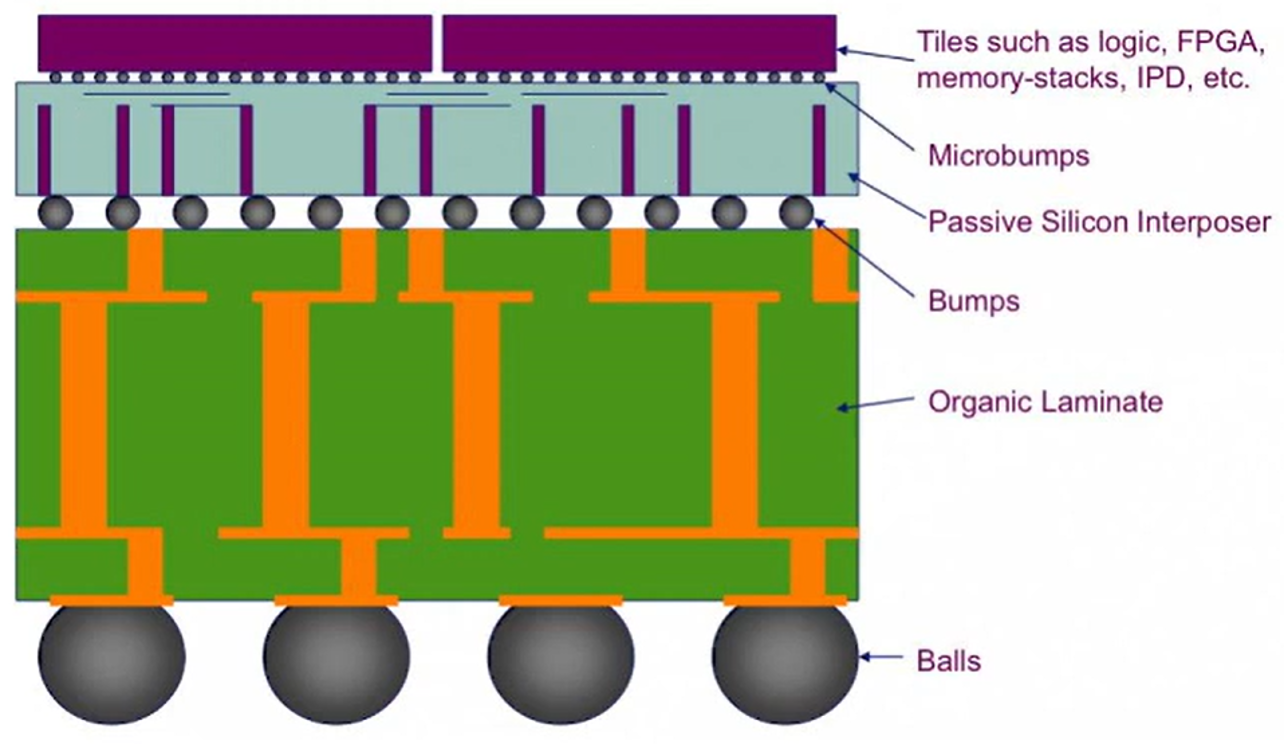 Organic materials and glass are insulating substrate material, so they can only function as a passive interposer for conductive interconnects throughout the package. Because silicon is a semiconductor, it can be used to build active interposers, which will contain devices embedded in the silicon structure. These interposers must have a lower density of TSVs due to placement of keepouts in the structure. Typical devices included in active interposers could include DC-DC converters or I/O interface controllers.

The other important piece in the package is the package substrate. If you look at the above image and focus on the cross-section of the lower substrate, you’ll find it looks very similar to the interior of a PCB. The interposer connects to the substrate through its own miniature ball connections, and the substrate carries these connections between dies arranged on the interposer. The connections eventually reach the bottom surface where they connect to a set of balls in a BGA.

Interposer-based Components in an Electronics Assembly

Interposers are important structures that have helped drive greater innovation in advanced packaging, as well as continued integration of features into smaller volumes. However, all chip packages are meaningless unless they are integrated into a PCB assembly with other components. For high-density interposer-based components, PCB designers will need to know how to place and route a BGA, including fanout and escape routing requirements.

Before placing and routing one of these components, or any BGA footprint for that matter, remember the following points:

When you need to place and route advanced semiconductor packaging in your PCB layout, use the complete design toolset in Allegro PCB Designer from Cadence. Only Cadence offers the best PCB design and analysis software that includes industry-standard CAD tools, powerful routing features, and much more.