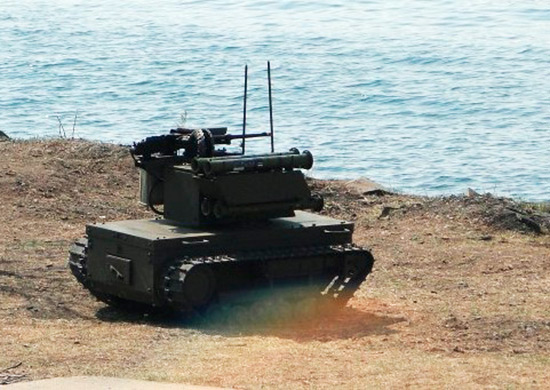 Drones have been used extensively by the military for several years. And while drones have been critical in helping out on the battlefield, new and improving technological developments are contributing to an exciting array of devices that can be used in current and future conflicts. Here’s a round-up of three innovative autonomous devices that are reshaping military technology.

One of the most dangerous situations for a soldier is rescuing and extracting a wounded comrade under heavy fire. The Battle Extraction Assist Robot (BEAR) is designed to offer assistance in that scenario. Instead of humans risking their lives for rescue, the BEAR can safely save incapacitated combatants without risking other lives. The BEAR is well equipped for this task. By using hydraulic arms, it can reach out to lift and carry up to 500 pounds. It’s also able to complete fine motor tasks with hands and fingers, maneuver with a dual-track system and use cameras and sensors to evaluate any given environment. Controlled remotely by a motion capture glove or a specialized controller designed to be mounted on a rifle (so the controlling soldier never has to release their weapon), this device is guided by a human fighter who can guide the robot to recover a wounded soldier and bring him or her back to where a combat medic can safely conduct an initial assessment. One of its biggest advantages is that this bot can be piloted with minimal training, making it an ideal addition to the Army’s arsenal.  BEAR has come a long way from when it was featured in TIME’s Best Inventions of 2006, and future iterations will only improve this technology.

When you hear the phrase “driverless vehicles”, you might first think of self-driving Ubers that have launched in places like Pittsburgh, or the promise of autonomous Tesla cars. However, military officials are keeping a close eye on the development of these kinds of cars: this kind of technology has a place in the theater of war, too. There are many advantages to vehicles that are able to operate without live, human drivers in combat scenarios: These vehicles could be driven to assist and extract soldiers from high-risk situations, for example. Roadside IEDS also pose a consistent risk to troops. Driverless vehicles could be used to resupply troops without risking soldiers’ lives.

Different branches of the military are focusing on using driverless vehicles in ways unique to their specializations. For example, the Army wants to use unmanned tanks that are able to reliably deliver supplies to soldiers pinned in active conflict zones, while the Navy is interested in vehicles that could help put out fires on ships without risking crew members’ lives.

One difference between commercial driverless cars and the technology the military is interested in using is the degree of automation. While commercial focus has been on achieving truly autonomous vehicles, military officials are more interested in retrofitting existing vehicles than commissioning entirely new ones. This focus makes sense: it’s faster to retrofit an existing tank to have driverless capability than to design an entirely new one. Defense officials are also adopting automation step by step. Instead of committing to fully autonomous vehicles right out the gate, they’re first focusing on automatic vehicles that are able to drive themselves, but can be taken over by a human driver if anything goes wrong.

Robots that are able to do more than one kind of task can be a powerful addition to the military’s technology, and they’re in demand too. Titan is one of these promising multi-tasking autonomous devices. This modular autonomous vehicle is smaller than a car, but larger than many other bomb-detecting or diffusing units. Titan’s modular structure means that it can be fitted for different mission requirements, making it a versatile tool. Examples of Titan’s usage as ground support include supply transport, rescue, and reconnaissance. To that end, Titan is able to operate in both manned or unmanned mode. It can also switch between diesel or silent electric power. Whatever its usage, Titan and other multi-tasking devices are designed to help soldiers and decrease risk to their lives.