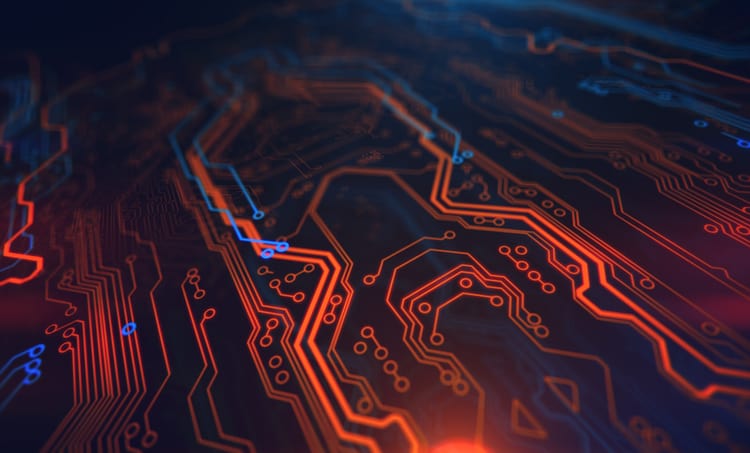 As the power densities of electronic components increase, their operating junction temperature goes beyond the limit, dissipating more heat energy onto the package, PCB, and enclosure. A fraction of the heat dissipated by electronic components is transferred to the PCB through the leads and cases, and the share increases with the rise in power densities. The thermal conductivity of a PCB is a significant factor influencing the dissipation of thermal power loss in a circuit board. Optimizing the thermal characteristics of a component through the proper design and material selection of the package, PCB, and enclosure is critical. Let’s discuss thermal management and the thermal conductivity of PCBs in a little more detail.

Electronic components generate heat energy and dissipate a significant amount onto PCBs. Thermal management techniques such as heat sinks are often used to accelerate the heat dissipation rate from the electronic component to the ambient. Heat sinks offer low thermal resistance from the junction to the case and case to ambient, thus facilitating heat transfer. While specifying the heat sink for the electronic component of interest, heat energy dissipation through the PCB becomes significant. The thermal properties of a PCB are critical to the operating junction temperature of the component. The thermal conductivity property of PCBs is even more critical with the proliferation of high power density and high-speed electronic circuit design.

It is important to develop a heat transfer model within the PCB, as heat dissipation in PCBs heavily impacts the maximum board temperature and component operating temperature. To predict heat transfer to a PCB, PCBs are modeled as a single unit with two effective thermal conductivities. Assuming one-dimensional heat conduction through the composite layers of the PCB and ignoring the thermal constant resistance between the copper and glass-epoxy layers, the effective thermal conductivities obtained are:

It can be concluded that the placement of layers, component size, and operating conditions have a significant influence on the effective thermal conductivity of a PCB, making it a crucial element in PCB design. Circuit design engineers must consider thermal conductivity as a key factor in determining how heat could be dissipated in a circuit board during the design process.

Cadence offers PCB design tools that are ideal for creating PCBs with the required thermal conductivity. Subscribe to our newsletter for the latest updates. If you’re looking to learn more about how Cadence has the solution for you, talk to our team of experts.