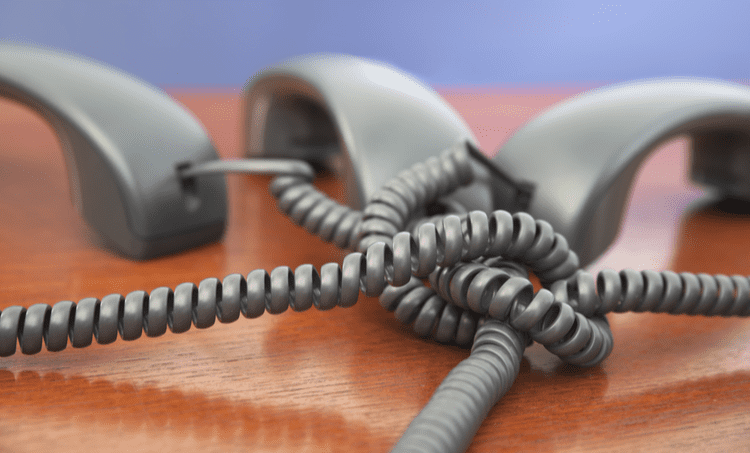 All service providers aim to reach more customers. Sometimes, to achieve this goal, a lengthy transmission line must be laid. However, by increasing the length of the signal line, the reliability and performance of communication can be affected by electromagnetic interference (EMI) and crosstalk. In this article, we will explore the impact of EMI and crosstalk on communication signals as well as the types of crosstalk that can occur.

The Effects of Electromagnetic Interference and Crosstalk on Communication Signals

Electromagnetic interference is caused by signals outside the cable bundle. This EMI introduces noise into the signal and thereby reduces the signal-to-noise ratio (SNR). The effect of EMI on communication lines is observed as reduced distance and transmission rates.

Crosstalk refers to any undesired influence on the signal due to the communication lines running adjacent to it. It is caused by signals transmitted via twisted cable pairs. In the case of transmission over copper cables, the signal propagating through the twisted cables radiates and interferes with signals in the neighboring cables, leading to the degradation of signal transmission. If not given due care, crosstalk can limit signal transmission over cables with poor SNR.

In a victim, the crosstalk can generate at either end of the communication link. It can affect one communication circuit, a part of it, one entire channel, or another circuit. Practically, we can say signal transmission lines coupled through a media are composed of aggressors and victims. The crosstalk generated in transmission lines shares an inverse relationship with the distance between the cable pairs (aggressors and victims). The crosstalk strength is strongest within the same copper bundle and varies with the placement and proximity of the cable pairs.

Depending on the direction of the crosstalk signal, crosstalk can be classified into categories. Let’s take a look at the types of crosstalk that can occur.

Understanding the types of crosstalk can aid designers with crosstalk measurements and mitigation methods. Based on quantification, crosstalk can be classified into:

Near-end crosstalk (NEXT): The crosstalk that is detected on the same end of the cable from where the signal is transmitted. Typically, NEXT occurs within 20-30 m from the transmitter.  The poor design or poor installation of cables results in NEXT. Usually, NEXT cancellation techniques are implemented in 10 Base-T and 100Base-T cables to mitigate crosstalk.

Far-end crosstalk (FEXT): The crosstalk that is detected on the opposite end of the cable from where the signal is transmitted, i.e., the receiver end. FEXT is the opposite of NEXT. Signal attenuation weakens the signal strength by the time it reaches the receiver end. Shortening the cable length is the solution for weakening signal attenuation. However, this may result in higher FEXT. Therefore, FEXT is an important parameter to consider when designing communication networks.

Power sum near-end crosstalk (PS NEXT) and power sum far-end crosstalk (PS FEXT): As the name suggests, PS NEXT and PS FEXT are the cumulative sums of NEXT and FEXT, respectively. They are quantified in terms of absolute or relative power. PS NEXT gives the summation of the NEXT from all the aggressors that affect the victim under consideration. The same applies to PS FEXT, where FEXT summation is considered. PS NEXT and PS FEXT become more relevant in 1000 Base-T cables than in 10 Base-T and 100 Base-T due to the presence of more cable pairs.

Power sum equal-level far-end crosstalk (PS-ELFEXT): PS-ELFEXT is the summation of the crosstalk from pairs on the far end onto the pair on the near end. It can be calculated as the sum of PS NEXT and PS FEXT.

Alien crosstalk (AXT): The summation of unwanted signals affecting the signal transmission in the victim, considering only the crosstalk between the wire pairs (not between the cables). The loose bundling of cables is one method to eliminate AXT. In certain cable bundles, separators are used to increase the physical distance between the cables and prevent tight bundling. The effects of alien crosstalk on signal transmission include retransmissions, slowdowns, and rejection by network equipment due to slower speed.

Each type of crosstalk impacts signal transmission differently, and it is necessary to identify the type of crosstalk to choose an appropriate solution. Cadence’s suite of design and analysis tools can help you implement solutions to reduce crosstalk. Subscribe to our newsletter for the latest updates. If you’re looking to learn more about how Cadence has the solution for you, talk to our team of experts.