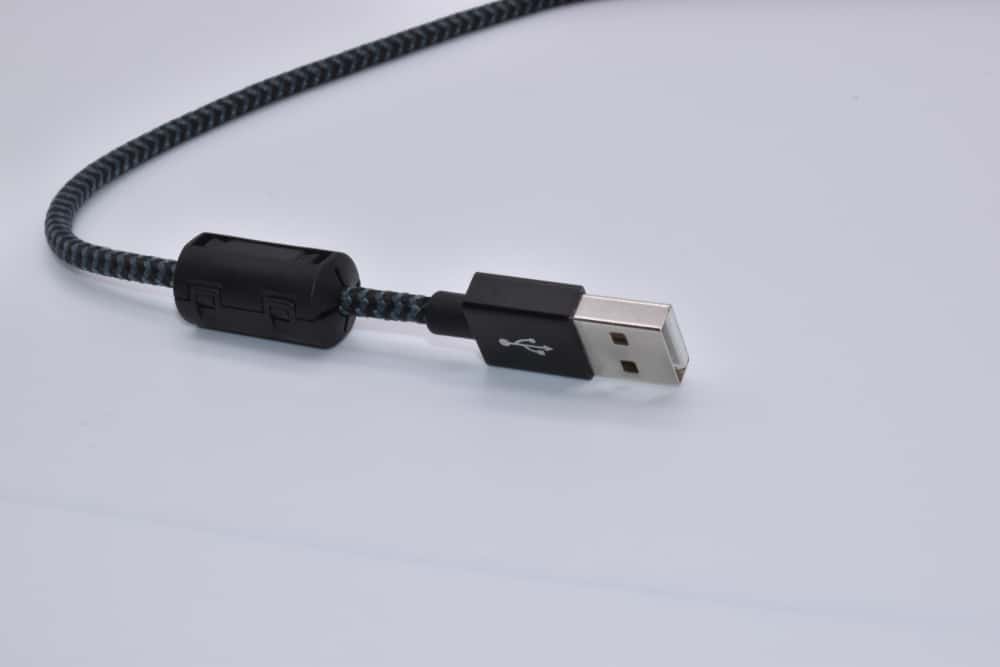 We often see power cords in computers, printers, video monitors, projectors, and other peripherals. Power cords are the cables that are used to power computers and their associated electronics. Power cords connect electronic gadgets to the AC mains and often come with an adapter that converts AC to DC.

Unfortunately, power cords commonly experience problems due to EMI and noise. Ferrite cores are introduced in power cords for noise and EMI protection. Choosing a ferrite core for a power cord is critical, as it depends on the thickness of the wire, location, voltage, and heat dissipation. In this article, we will explore ferrite core types and their role in EMI suppression in power cords.

Ferrite cores are magnetics installed in power cords. They are specially designed ferrite parts to prevent electrical disturbances from interfering with power cords and data lines. A ferrite core prevents the antenna action of power cords. They offer protection against the EMI and RFI caused by electrical noises by acting as noise filters, eliminating high-frequency noises disturbing the signals present in the power cord.

Ferrite cores work in two ways: they prevent noise from entering the electronics unit to be powered and block the noise generated in the unit from reaching the main supply. The ferrite cores used in cables act as transformers and inductors. They increase the inductance of a cable, thereby improving the noise filtering action. The performance of power cords is enhanced by fitting the ferrite cores. In HDMI cables and speaker cords, the incorporation of ferrite cores makes the signal quality better.

Ferrite cores are inexpensive and low-risk noise suppression systems. When inserted at the end of the power cord closest to the electronic device to be powered, performance up-gradation is visible in the system. Ferrite cores are available in different sizes and shapes. Fixing the right size ferrite core cylinders or boxes on the power cords and data lines will provide much better results.

Ferrite cores are available in many shapes, including:

Cylinder cores: Used for quality protection in power cords. They find wide applications in medical, industrial, and telecom fields. Cylindrical cores can be one-piece items or split cores and they offer a reduction in emissions and shielding requirements in the power cable.

Ribbon cores: Solid cores employed for EMI suppression in ribbon and flex cables. They are mostly used in flat or ribbon assemblies.

The selection of ferrite cores can be a trial and error method in which the output quality is examined for different ferrite cores. The one which gives the best signal quality should be chosen. A technical way of selecting ferrite cores is based on a complex process that involves the voltage handled by the power cord and the heat dissipation. Ferrite core manufacturers provide the impedance versus load current curves that help in choosing the right ferrite core for the power cords present in the system.

The right selection of a ferrite core for a power cord improves the electromagnetic compatibility of the electronic unit to which it is connected. To design any type of electronic circuit, Cadence’s PCB design and analysis software can be utilized.