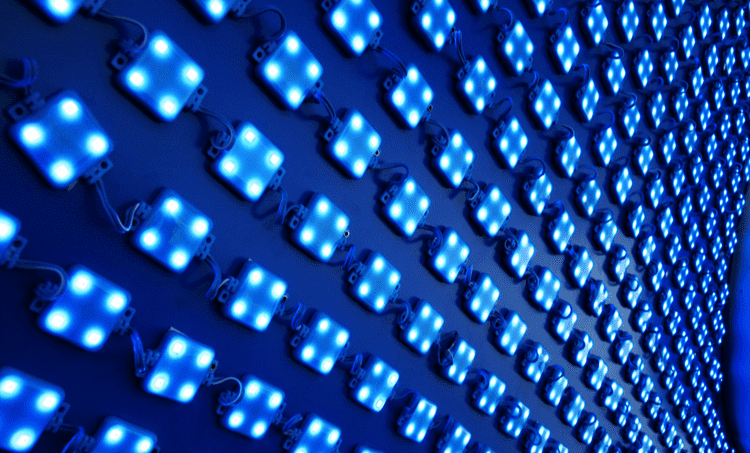 What Are Light Emitting Diodes?

Most of us have seen a typical LED—a domed-shaped plastic package with two leads projecting outside. Similar to PN junction diodes, the positive terminal in an LED is the anode and the negative terminal is the cathode. It is not possible to apply AC directly to LEDs, as they function only with DC. When DC is supplied, the LED draws current and produces light.

The first-ever LEDs were red. Today, we often see LEDs with light output frequency covering all the visible light wavelengths. These are not limited to visible light, they are extended to infrared LEDs and ultraviolet LEDs as well. Depending on the application and lighting requirements, the color of the LED, as well as the type of LED circuit, varies.

Lighting requirements dictate the type of LED circuit used. LEDs can be connected in series, parallel, or series-parallel. Let’s take a closer look at parallel and series LED circuits.

Parallel LED circuits are a good choice when you want to light several LEDs with a minimum voltage and don’t want to use LED boost drivers. Usually, LEDs are characterized by a high forward voltage drop compared to normal PN junction diodes, and connecting them in parallel prevents the adding up of voltage drops. In parallel LED circuits, depending on the internal resistance of the LEDs in the branch, the current drawn will be different. Some branches may draw more current due to the internal resistance mismatch of the LEDs. The larger fraction of current in the LED branch of least resistance can shorten the lifespan and eventually burn out the LED.

When you want the same brightness from all connected LEDs or want to glow multiple LEDs simultaneously to represent a single logic, a series circuit is the best choice. Since the current is the same through all connected LEDs, the brightness remains the same as well. There are no worries regarding LEDs carrying more current in a series circuit. However, the forward voltage drop of an LED adds up in series LED circuits, and a higher voltage source is needed to bring all LEDs to a forward conduction state.

One thing both parallel and series circuits have in common is the potential for overcurrent. As the supply voltage exceeds the forward voltage, the LED exhibits diode characteristics, where its internal resistance drops off and starts drawing excess current. If the current through the LED goes above the maximum current specified in its datasheet, the LED will be destroyed. To prevent this, current limiting resistors are connected in series with the LED, regardless of the circuit type.

By calculating the resistance value and power rating of resistors, designers can find the most suitable resistor for their application. And, it becomes easier to protect the LED, whether designers are working on a single string or multi-string application. Cadence provides circuit design software for designing LED circuits and can offer support for all applications, from small to industrial-scale projects.