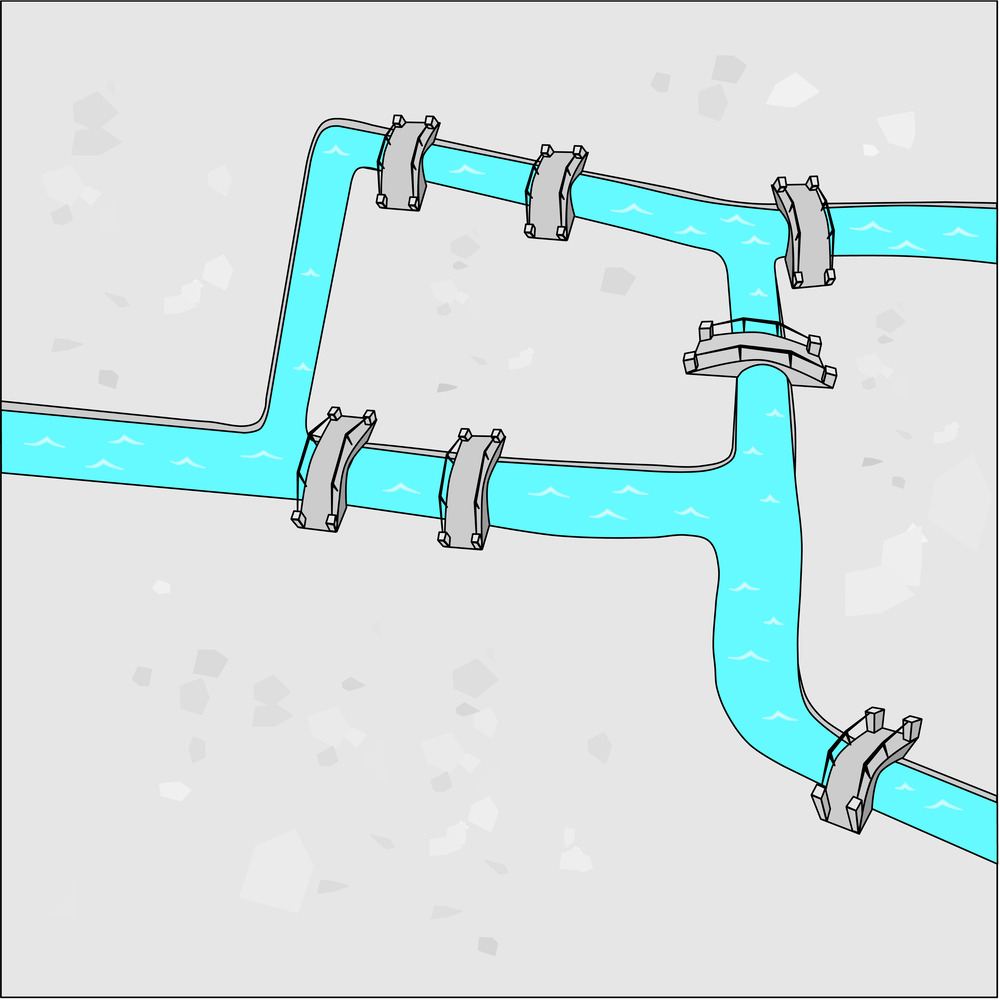 Connected IoT devices can trace their roots back to a famous mathematical problem.

The Seven Bridges of Königsberg is a fundamental mathematics problem that was proven to have no solution by the formidable Leonard Euler. The problem asks if it’s possible to cross these 7 bridges sequentially on a single walk throughout the city and its adjoined islands. Unbeknownst to Euler at the time, he was laying the groundwork for graph theory, a discipline of mathematics that would later lead to the study of topology.

Amazingly, the methods of connecting IoT devices rely heavily on the mathematics originally developed nearly 400 years ago. This knowledge can be supplemented with developments in electronics and technology to help elucidate the best layout available for networks depending on what performance metrics need to be minimized or maximized. To begin, some of the most common topologies are presented to understand the reasoning behind different network configurations.

IoT systems can be reduced to three complementary layers: edge sensing, gateways, and data systems. Each of these three groupings performs specific functions within the system, but IoT designs can be viewed more abstractly as a collection of nodes and links. Imagine a set of wooden sticks and spools popular as children’s toys: the node represents the point of interest or connection point, whereas the links are used to directly tie adjacent nodes together. These two building blocks are used to construct a variety of different network topologies. The topologies represent different network configurations that are built to extract the best performance in the most efficient method possible:

Topologies can also be hybridized by combining the fundamental layout of two styles. These include trees (individual star networks connected by a central bus), star-rings (a ring formed between the central node of individual star networks), and linear daisy-chained stars. These can also include self-hybridized networks like a distributed bus (a bus of buses) or a star of stars. There are even distribution methods that emphasize connections over nodes, such as a grid layout, which is a superset of daisy-chains and can be further generalized to higher dimensions. In dimensions greater than one, the network need not be saturated with nodes at every intersection of connections; in other words, each node has at least two adjacent neighbors, though the walking distance between neighbors is variable.

The Cost-Value Analysis of Centralization

The countervailing forces guiding the connectivity include network redundancy and scalability. The star network represents zero redundancy: damage or interruption to the signal between nodes results in the isolation of that particular path. More worrying still is that the hub represents a single failure point of the network; a highly integrated node relative to its neighbors represents efficiency in connectivity, but a liability in redundancy. On the other hand, the number of connections between nodes in fully decentralized networks grows quadratically, and can quickly become unwieldy even in IoT networks of moderate size. System designers need to balance the robustness of connectivity against constraints.

Harnessing Communication in Product and Toolset

Connecting IoT devices requires some forethought as to how data flows through the network: what are the most important nodes and what layout best serves the needs of the system? It is not a simple question to answer, and with technology evolving at a rapid pace, so too must system design. Supporting this requires flexibility for the engineering, layout, and networking teams to produce the best possible solution.

From proof of concept to production, Cadence offers extensive PCB design and analysis software that enables teams to rapidly simulate and layout boards without sacrificing quality in design. With OrCAD PCB designer, layout designers have a potent mixture of functionality, power, and ease of use for IoT or any other cutting-edge board style.