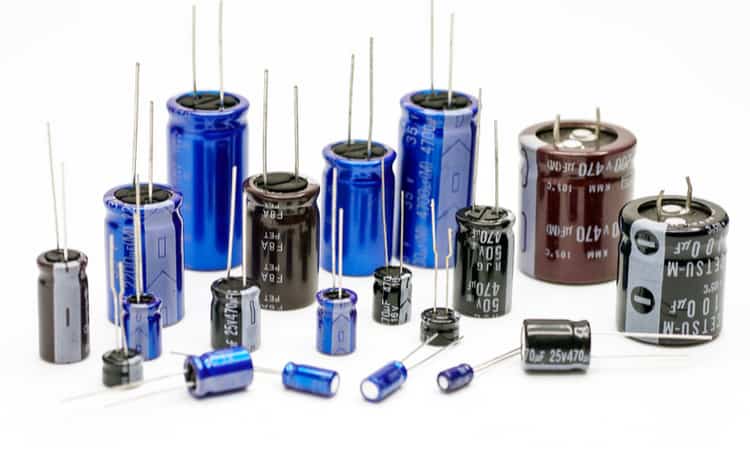 Capacitors are the most frequently used electronic component after resistors. A capacitor is a passive component that is used to store electric energy for a short period of time. The ability of the capacitor to hold electric charge is called capacitance and is measured in Farads. Like resistors, capacitors can be arranged in series or parallel combinations, and thus effective capacitance can be varied. There are several types of capacitors that have been developed for use in electronic circuits. Let’s take a look at these types and their functions.

Capacitors are a commonly-used element in all branches of electrical and electronics engineering. The basic structure of a capacitor consists of two metal plates separated by a layer of dielectric. The capacitor terminals are taken out from the metal plates for external connections. The capacitance of the structure can be given by the following equation:

The capacitance of a capacitor can be varied by changing the following parameters:

Usually, thin plastic films are used as the dielectric between the thin metal foil plates, which brings the plates closer and increases the capacitance. The whole arrangement is encapsulated in plastic to make the structure rigid.

Cadence’s suite of design and analysis tools aid designers in building circuit boards with various types of capacitors, resistors, inductors, and other active components. If you’re looking to learn more about how Cadence has the solution for you, talk to our team of experts.